Batwoman vs. Ms. Marvel (Or, The Great Debate Rages On) 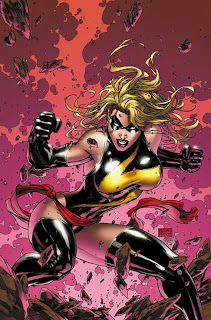 In the past few weeks I've checked out some new* comics, and while a few were just moments of sheer fun and geekiness (Iron Man Noir was fun and geeky and I highly recommend it, if the idea of steampunk Iron Man meets Indiana Jones appeals to you at all.  which it had better.), some of them tipped me off about the bigger struggle going on in the major publishing houses.

So, I give you, my HIGHLY BIASED AND SUBJECTIVE VIEW OF THE DIVIDE BETWEEN DC AND MARVEL, NOT TAKING INTO ACCOUNT ALL CASES OR SPECIFICS, BASED ON SPECULATION AND MY OWN THOUGHTS.**

There is perhaps no better example of what DC does best than the Batwoman title.  Similarly, Ms. Marvel exemplifies everything that Marvel stands for (though not as well as the X-Men—they’re tough to beat).  And the two characters could not be more different.

It comes down to one basic thing.  Cool vs. Relatable.

Batwoman is cool.  I mean she is ice cold sheer badass in a can that will punch you in the face.  Kate Cane in her day to day, she’s a Gotham socialite, out and proud lesbian, former special forces commando, and generally awesome person.  As Batwoman, she sasses the Bat, gets some really awesome villains, epic battles, and even when brutally injured, always comes back to get the bad guy.  Also, she has an evil twin.  How cool is that?

Ms. Marvel is relatable.  I get her.  Sometimes a little too well.  She’s “out” as a superhero, having sided with Tony Stark in the whole registration debacle that was the Civil War arc, and now has a publicist trying to define her character more.  All she wants is to fight some crime, pay her bills, and make sure her sidekick doesn’t get into more trouble than she can handle.  Oh, and she wants to know why the hell the cute guy she’s dating won’t call her back.  Is it because they got attacked that time?  It is, isn’t it.  As Ms. Marvel, she’s strong, she makes hard decisions and has to deal with them, her world is continuous, she falls for the wrong guys, makes bad life choices, and sometimes has to compromise with villains for the greater good.  Her life isn’t easy and it’s not pretty.  But I get it.

DC has a world of hyperbole.  Evil twins, grand storylines, epic journeys, righteous heroes fighting for noble causes, and evil villains who’re just evil.  It’s the world we wish we lived in.  There’s not much moral ambiguity here.  Superman is good.  Lex Luthor is bad.  Superman defeats Lex Luthor.  Batwoman fights Alice, and when she discovers that Alice is her long lost twin sister, she decides to save her.  But that doesn’t change what Alice has done.  There is good, and there is evil, and it is very easy to tell the difference.  Hot damn I wish I lived there.  It’s all so simple and so fucking cool. 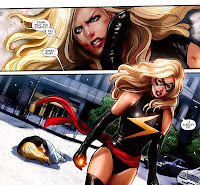 Marvel is the world closer to reality.  Not too close, obviously, unless I’m seriously missing something here.  But in Marvel the heroes have problems.  They aren’t so righteous, and sometimes they manage to be worse to each other than the villains (see the Civil War arc).  The villains aren’t just crazy here—a lot of the time they have a valid point.  Magneto’s right: the humans are afraid of the mutants, and in that fear are willing to take overreaching dangerous action that is a threat to mutantkind.  The humans have a point too: mutants are freaking dangerous!  It’s a world of grey and moral compromise, not as pretty or clean as DC’s universe, but a hell of lot easier to recognize. 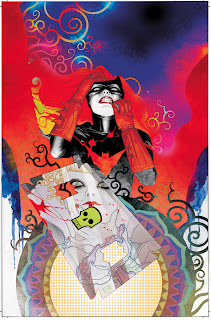 In Batwoman: Elegy, Batwoman discovers that Alice, the psychotic cult-leader intent on killing her to complete some evil ritual, is actually her twin.  Batwoman decides that Alice must be saved at all costs.  She’s still evil, but now she must be saved.  It's all black and white and grand drama.  In Ms. Marvel: Operation Lightning Storm, Ms. Marvel makes a deal with the head scientist of AIM (Advanced Idea Mechanics) that allows AIM to continue operating, and actually prevents it from splintering apart and dissolving.  Why?  Because the alternative was worse, even though AIM is her main adversary.  She makes the hard choice, and she has to live with it.

There’s room for both.  I’d even go so far as to say there’s a need for both.  Because as much as I grew up wanting to be Batman, the X-Men taught me how to belong.  For every Batwoman showing us a world of evil twins and unbridled badassery, there should be a Ms. Marvel who kisses the wrong guy and can’t get along with her sidekick’s parents.  We need the big stories, and we need heroes we can relate to as well.

I guess what I’m saying is, really, can’t we all just get along?

No.  Because that would be boring. 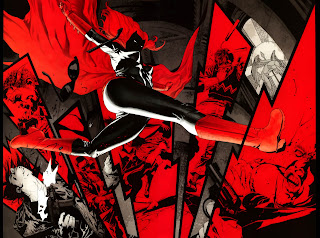 *Which in comics time, where continuity stretches in some cases back to the 1940s and beyond, is new.

Email ThisBlogThis!Share to TwitterShare to FacebookShare to Pinterest
Labels: comics