Linksgiving! (Sex in Comics, Star Wars, and Other Stuff)

1. Sexualization of women in comics has been a problem pretty much since there have been comics, so it's no surprise that people are talking about it now.  What is a surprise is that they're managing to have something new (and interesting to say).  Check out these articles,  When Over-Sexualization Kills the Story and  The Five Most Ridiculously Sexist Superhero Costumes (and this documentary trailer, for the awesome new WONDER WOMEN!), for a new view on sexuality in comics.

2. If you're a nerd between the ages of alive and dead, then you probably have a soft spot for Star Wars.  If you're a woman, though, you might have noticed that there's really only one female character.  At all.  Fortunately, it seems the larger world has noticed too!  See this hilarious video tear Star Wars apart on Cracked!, and read this cool article about a five year old reacting to the films.

3. Felicia Day and some other women I'm not as familiar with have started a book club to talk about vaginal fantasy (fantasy books with strong female heroines that are written primarily for women).  Their next On Air Hangout is TOMORROW at 8pm PST, so I highly recommend you check it out.  You can catch last month's video and the details of how to see tomorrow's here.

4. And finally, STRONG FEMALE CHARACTERS from Hark! A Vagrant! 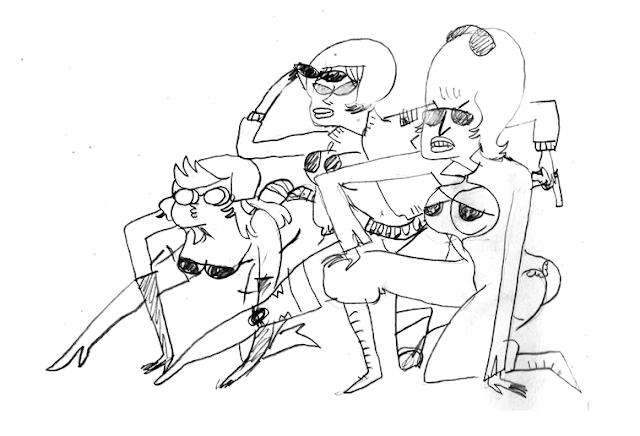 And that's all for this week's Linksgiving.  Enjoy the Oscars!