Britta Perry is a Terrible Character (That's Why I Like Her) 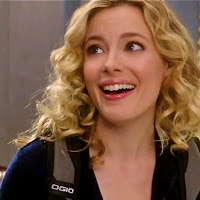 For the longest time I've had a problem with Britta Perry. I don't like her. I found her obnoxious, overbearing, and way too involved in everyone else's issues when she should be focusing on herself. She irritated me. Then there was the constant will-they won't they romance with Jeff (when I totally ship Jeff/Annie), and her insistence on dating horrible guys and making awful life choices. Britta was not my favorite. I even took a poll of my friends, and she wasn't anyone's favorite. She's wasn't even most of their backup favorite. She was about as popular as Pierce.

And that kind of annoyed me, from an ideological perspective. Here we had a character who was great on paper: feminist, interesting, a protester, into cool bands, reasonably compassionate, who sticks up for herself, and I can't stand her. 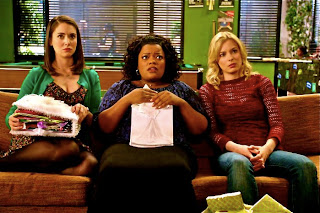 Well, according to Gillian Jacobs and Dan Harmon (the actress and show's creator, respectively), that's kind of the point. In an interview at WonderCon on March 18th (which I actually got to attend, and it was awesome, oh yes), Harmon explained that Britta's character was originally conceived as a "carrot to get the Jeff character into the study group". They wrote her by throwing in a pile of the most attractive qualities they could think of for a woman into a pile, and making her a character, figuring they would flesh her out if the show got picked up.

They did (obviously), and Harmon brought Britta up to the writing staff. One of his female writers immediately said, "I hate her." Harmon was surprised by the vehemence, and asked why. The writer responded, "She seems like the kind of woman who, if you went shopping with her, would yell at you for trying on heels." (Or something like that. I took notes, but verbatim this isn't.)

And here's the gold. Harmon thought, okay. This is a character women hate. Good. Let's run with that.

Let's run with that.

Instead of retconning Britta's character and making her more palatable to female viewers, Harmon decided to work with Jacobs to make Britta real, a woman who women hate, a fully fledged character who had all of the traits he'd given her, and showed how irritating a person with all of those traits would be.

As Jacobs explained, it's what made Britta lovable. "She tries so hard, and gets knocked down and just shit on all the time. And then she tries again. She has no self-awareness and no learning curve and I love her for it."

What Harmon and Jacobs did is actually show us what the male ideal looks like when she's translated into the real world. It isn't pretty. She's kind of a bitch, and no one wants to go to the bathroom with her, because she will tell you that your heels are an emblem of the patriarchy. She meddles, she's self-righteous, she's kind of a skank, and she has disturbingly low self-esteem. It's great, because it's real.

Knowing this made me like her. Because she's supposed to be cool, but actually kind of awful, and just the tiniest bit aware of it, made her cool again. It's the bad movie effect, if you will. Britta is a bad movie writ large, and we can either mock her or marvel at her. Or both. I choose both.

I also choose to appreciate the fact that Harmon went on to add in a few choice bits about writing. When men write about women, as they typically do in Hollywood, because there are so few commercially successful female writers (Grr. Arrgh.), they write about them as "others". Men, they give foibles and character traits that they themselves understand, because they can relate to men. Women, though, are so foreign and different, that men are reduced to giving them the flaw of clumsiness and a weakness for shopping. The key, Harmon explained, is to treat women like people. Not as objects or icons, but just normal people with normal flaws. Britta says bagel wrong because Harmon says bagel wrong. Once you're able to view female characters as normal people with completely normal, fleshed out flaws, you'll be a lot closer to having a story that is good and true.

So take a deep breath next time you watch Community and you feel like you're going to strangle Britta, it's okay. You're supposed to.

It's good for you.

An Open Letter to Dean Winchester 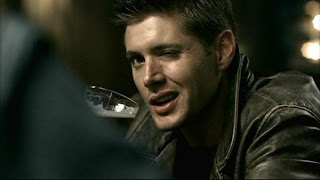 Hi. I just want to say that I love your show. I mean, you probably know that by now, what with all of the time I spend talking about it, that paper I wrote on it in college, and the time I posted an anonymous secret where I said that I wanted to marry you. I'm kind of a fan.

But I also have a little problem with you. Are you listening? Put down the beer, this is important.

I don't actually like how your whole show treats women (Ellen and Jo are only in 6 episodes and then they die? What is up with that?), but I can't blame you for your show. You're fictional. And I'm sure you're aware that appealing to the 18-34 female demographic is a full-time job. That's fine.

The other stuff is your fault.

Dean, have you ever noticed that you have a Madonna/Whore complex?

Put down the whiskey, I'm talking to you. No, I don't have any quarters for the magic fingers machine. No, you can't watch Doctor Sexy. Oh, this is bumming you out? Well, your whole relationship with Lisa bummed me out, so there. 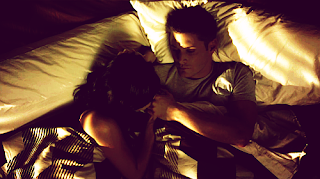 When you first started talking about her, in the beginning of "The Children Are Our Future", you referred to her as "Gumbi Girl" and talked about all the great sex you had with her. She was a whore in your mind, a blow up doll for you to get your end off in. Then you found out she had a kid, and whoa was that a quick shift. Suddenly, she's perfect. She's this virginal, vestal creature who has never heard of sex or naughtiness, who could never dream of defiling herself in such a way. You can't even bring yourself to do her regularly when you're living there playing happy families. She's too pure, you're too dirty, etc.

You have some issues, buddy. 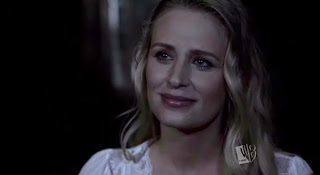 And I get it, I do. Your mother dying is probably the first major thing you remember. Your mother is your world, and she's dead, and no other woman will compare. Plus, you've got that whole low self-worth thing going on, that convinces you that all you're good for in a relationship is sex. Combine these? You got yourself a Madonna/Whore complex so bad that not a single female character on this show has escaped it.

You get the idea. They're all pretty clearcut. Sometimes they start out on one side and switch, and sometimes it's just a straight up beacon yelling MADONNA! WHORE! WHORE! WHORE!

Really, you edge more on the whore side. 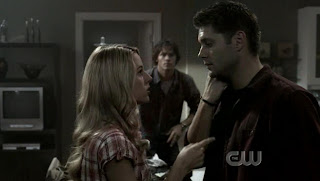 But here's the thing, Dean-o. When you label women like that, you degrade them. Even when you give them the good label, the Madonna label, you rob them of their person-hood. By idolizing these women and placing them on a pedestal, you make them other than human, and thus shift them away from being viewed as viable characters. When you base all of your relationships on need for or denial of sex, then those relationships are going to be shallow and empty.

You're going to miss out.

You're still a good man, Dean Winchester. It's okay. You can stop crying. I believe that you don't have any intention of doing this. But your actions and behavior effect more than just you--they affect everyone around you. And in order to get the life you want, you're going to have to start being the kind of person you want in that life.

It's time to man up, Dean, and treat women like people, not sex objects. You stopped the devil. I'm pretty sure you can handle it.