The Importance of Being Lily Erickson (and Marital Sex) 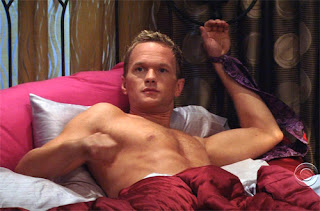 Specifically, let's talk about sex and How I Met Your Mother. Good? Good.

Sex on sitcoms has always been a tricky proposition. In the olden days of television, they would show married couples sleeping in different beds. Later, they would imply, but not say. Now, the trend seems to have reversed: everyone says everything, and subtlety is dead.

But with a more liberated sexual presence comes a few common hangups. I think you can guess what they are. A man who has a lot of sex is a stud, a woman who has a lot of sex is a whore. Even so, it goes a little deeper than that. It's unseemly to show a female character who is "into" sex. It's a little bit awkward when the woman wants sex more than the man, and it's show to be perverse or just creepy if that's the case.

Except, it isn't creepy, sometimes that's how it is. 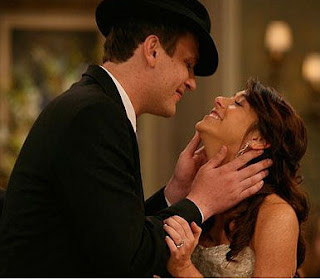 How I Met Your Mother is a CBS sitcom, and it's been running for seven years, so I feel like I shouldn't have to explain it to you. But for the .2% of you who don't know what it's about, it's the story of Ted looking for and eventually meeting the love of his life. As narrated to his children.

His four best friends weave in and out of the story, but remain pretty constant. There's Robin, the girl Ted thought was the one but isn't, who's actually a badass Canadian reporter. Marshall is Ted's best friend since college, an environmental lawyer who loves food and his wife, Lily. Lily's a kindergarten teacher and now a mom, and is totally happy with her husband. And last, there's Barney, a high-functioning crazy person who uses women like tissues and has enough emotional problems to fill a small country. But he's pretty fun.

It's a nice show about attractive white people living in "New York", and trying to get by in love and life, basically. Why are we talking about it here, then? Because it's got some pretty awesome views on sex.

It all comes back to sex here.

There are two characters who best represent the attitudes toward sex on this show: Lily and Barney. 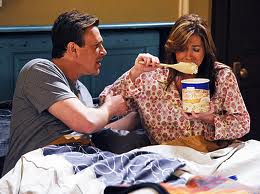 Lily is in a loving marriage and has been with her husband since the first week of their freshman year of college. She and Marshall are a textbook example of the couple that is both highly functional and incredibly loving, but also realistic and just crazy enough to make sense. Lily is at times flighty and irrational, but she is clearly invested in her marriage. They've been through a lot with each other, and it shows.

Lily is also the sexually aggressive one in their relationship. She is the one who crawls all over Marshall and complains that they haven't had time to themselves in far too long. There are even several episodes where the driving point of her storyline is her attempts to get Marshall into bed.

Now, by itself, this is just a fun character who really likes sex. But within the context of current television and the moral restraints within which we expect our characters to function, Lily Erickson is a shining beacon of sexual liberty.

She loves her husband, is in a monogamous, loving relationship, and she's totally into sex. That's freaking awesome. 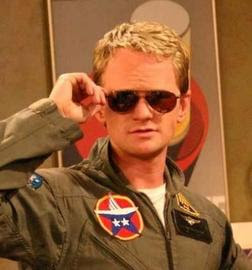 And then there's Barney. Barney is a lady's man, it's pretty much his defining character trait. He's always trying to sleep with a woman, get her number, or making sexual innuendo about his many conquests. At one point they calculate his success rate, and it's a little alarming.

But here's the thing: it's not okay, and the show doesn't say that it is. Barney has a lot of problems. He never knew his father, was traumatically dumped by the woman he loved when he discovered that she was only after sex and money, and forced himself into the role of the aggressive skirt chaser. He's shown to be very sad, deep down inside, and the show tracks his progress as he starts to care about women, is able to have relationships with them, and eventually, we know, he's getting married.

Except it's not. The characters share some basic moral lessons: sex outside of relationships, sex that tries to cover over emotional problems, or fix them, that's bad. Sex inside of a relationship, between two loving people whose bond is strong is reaffirmed by it? That's good.

It's as easy as that.