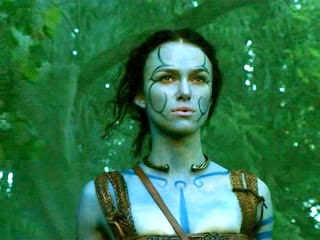 I have this thing where I tend to enjoy movies about pre-modern Britain. It's not important why. What is important is that I’ve started to see a pattern. I call it, the Avenging Woad Woman.

Because there’s a thing: most of the movies about pre-modern, or Iron Age, Britain, feature at least a cameo by the Roman army. It makes sense, since the Romans were in Britain up until about 400 AD, and presumably a lot of history went down there. But these stories that focus on the interplay between the Romans and the Woads always make a couple of assumptions.

And I’m just not cool with that.

In particular, I’m talking about two films here: King Arthur, the one with Clive Owen and Keira Knightley, and Centurion, with Michael Fassbender and some Russian chick. Also Imogen Poots. 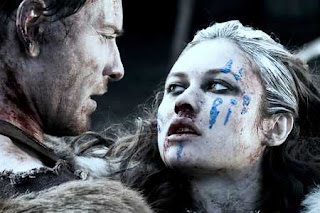 In both of these films, a Roman is our protagonist. In King Arthur, it’s Clive Owen’s Arthur, a half-Briton/half-Roman officer who identifies almost solely with his Roman heritage. In Centurion, it’s Michael Fassbender’s Quintus Dias, a Roman whose background is implicitly Briton. These heroes are completely devoted to Rome, only to eventually find, near the end of the film, that Rome is not worthy of their devotion. They then turn to the only alternative left, and choose to be with the Woads.

There is also, in each of these films, a woman. Actually, Centurion has two. These women are Woads, who have been wronged by Rome, and who very justifiably desire vengeance, or at the least, that Rome get the hell out of their country.

They are the enemy.

In King Arthur, our Woad woman is Guinevere, who was captured and held in a sadistic torture dungeon by the Roman leader in the North. Arthur rescues her, and brings her with him back towards the South and safety from Rome. He doesn’t understand why, even though he speaks kind words to her, she might kind of hate Rome.

Centurion, like I said, has two women. There is the enraged Etain, whose village was slaughtered by Rome when she was a girl. Etain was raped and her tongue cut out, so that she could not tell of Rome’s cruelty. She’s a little pissed off, and may have vowed to kill any Roman she sees. Strangely, Quintus saying hello to her across the fire one time did not make her feel better about the slaughter, rape and loss of tongue.

Also in the film is the more gentle and sympathetic Arianne, played by Imogen Poots. She’s been outcast by Woad society, so she lives on the outskirts and plays at being a witch. We’re supposed to like her, because she cares for our Romans. Again, even though they have decimated her homeland. It’s cool, she’s merciful, and that does make her an interesting character. But she’s also held up as “doing the right thing”, while Etain is completely unreasonable. Which is a little odd.

I don’t object to any of these things on their own. What I dislike is the combination. Etain is unreasonable, because she still wants to kill Quintus after he said hello to her that one time. What the movies fail to understand is that this is the basic zero level of human decency. He said hello to her. He acknowledged her existence. He didn’t make a speech about how noble she was, how she deserved more respect, how she ought to no longer be a slave. He just performed the bare minimum of humanity, and for this we are supposed to know that he is a good guy. And she, for not letting that hello wash over years of slavery, rape, and emotional torment, is evil. Is a wrong creature. Deserves to be killed.

What the hell, Hollywood? 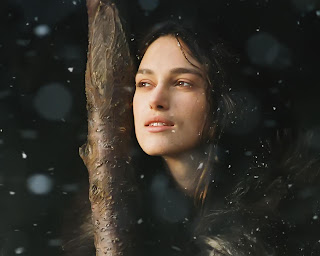 Just because Arthur is kind to Guinevere when he finds her in a torture dungeon—just because he demands she be freed—that doesn’t mean she owes him anything. He has performed the absolute minimum required to not be a horrible person. He hasn’t done anything extraordinary, he has just not done anything awful. But this is supposed to show what a noble and kingly man he is, and that she is an untrustworthy Woad for turning on him and trying to get him to help save her people.

It’s a failed assumption on Hollywood’s part, and it bothers me. It assumes that we will root for the Roman because he is a man and he is basically decent. We will root against the Woad woman because she is foreign, a woman, and angry. Nothing else needs to be established. We can call Rome rapists and liars, and the audience will still root for our hero, because he is okay, and she is a bitch.

So here’s the deal Hollywood. No. We don’t root for them for those reasons. We want heroes who are actually heroic, not just a bare minimum. We want them to fight people who deserve fighting, not just stereotypes who have a perfectly reasonable excuse to be pissed. We want real stories, and you keep giving us this crap.