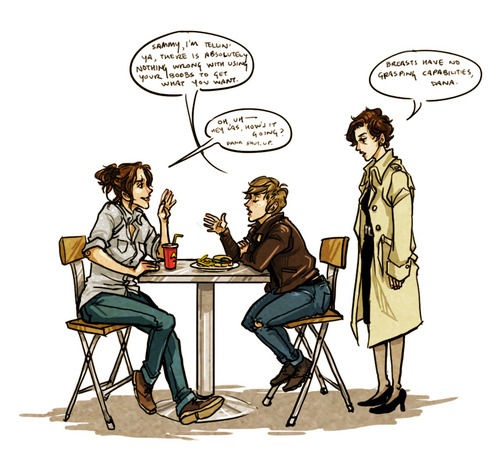 Another week gone, and this one was a good 'un. Saw Amazing Spiderman, ate sushi, and made things explode (legally!). All nice things.

So, have some more nice things. And by that I mean links. 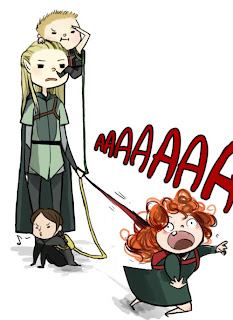 1. In excuse-me-while-I-sob news, Ron Perlman is the nicest person ever. Or, at least this week. When he heard that Make A Wish Foundation was helping a little boy achieve his dream of meeting Hellboy, Ron Perlman decided to suit up again and give the kid a day he'd never forget. Check out the full story here, and don't blame me if you sniffle a little.

2. In this-should-be-obvious news, the release of Brave has caused a little swirl of controversy, wherein some people refer to the film's hero, Merida, as a lesbian. Which is silly and irrelevant to the real story of the film, not to mention that they mean it as an insult. So check out The Handle's take on the whole thing, with some very healthy perspective and a call for more brave princesses, here.

3. In mildly-stale news, it looks like Marvel's Guardians of the Galaxy are getting their own movie. Woohoo! But, for those of you who have no idea who the Guardians are, or might be unnerved by the increasing space focus of Marvel's film franchise, check out a cool explanation of the characters here on The MarySue, and tell me that doesn't sound awesome.

4. In gaming-continues-to-distress-me news, some jerkface of a freelance writer put up a post this week claiming that Felicia Day is a "glorified booth babe". And I dislike that. Fortunately, it seems that this was a Critical Miss that hit his career instead. Still, read about the whole story and why this sort of thing still happens here, and join me in using the Force choke on that guy with our minds.

5. In queen-of-all-the-things news, Helen Mirren used her speech at a Czech film festival to point out that there aren't nearly enough women writers and directors in Hollywood. She's epic and I love her, and I can't help thinking that this was really only acceptable coming from a multiple Oscar winner like Mirren. So it's good she said it, and you can read the whole thing here, but wouldn't it be nice if it were this easy? Also, Helen Mirren should be the next Doctor. For the record.

6. In watch-it-just-watch-it news, College Humor has made a live action Dora the Explorer trailer. Because it's awesome, that's why!

That's it for this week! Tune in tomorrow for Crossover Appeal at 2pm here.
Posted by Unknown at 9:00 AM