Dear Sesame Street, Where Are the Girl Monsters? 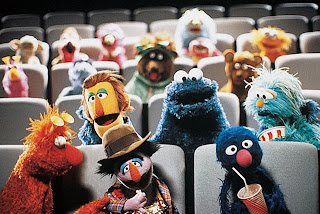 It was announced recently that Fox has bought the rights to make a Sesame Street movie. It got me all excited, because Sesame Street was such a huge part of my childhood, and I’m thrilled by the idea of seeing on the big screen.

But childhood nostalgia aside, in reexamining the show, I’ve come to an unnerving conclusion: there are almost no female puppets.

Think about it: the puppets whose names pop immediately into your head are probably Big Bird, Elmo, Oscar the Grouch, Bert and Ernie, my personal favorite Grover, and maybe Snufflupagus. And while I’m not really saying that furry little puppets have a defined gender, it is pretty hard to deny that all of these characters are intended as male. What gives? 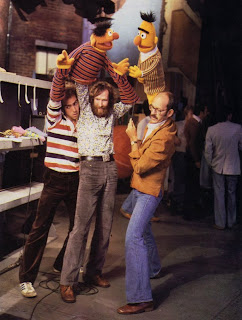 In fact, if I think about it, I can only name one female non-human on the show, and that’s Zoey. I can’t for the life of me tell you anything about Zoey, except that she might be Spanish or something, but I can give you almost a life history of Oscar the Grouch, and Bert and Ernie’s housing arrangement has been years of fodder to my online debates.

It’s not that I don’t understand the reasoning behind the existence of so few female puppets. It’s the same reason that there are so few female muppets. (There are three that spring to mind: Miss Piggy, obviously, Janis, and Gonzo’s chicken, Henrietta.) When Jim Henson started out, he had to move and voice nearly all of the puppets himself. As a man, it made the most sense for him to have primarily male puppets, since they would be easier to voice. Add in that the main female character speaks in a high falsetto, and you have a range of vocal abilities that seem to fit.

Going forward, the design and operation team for Sesame Street was for years predominantly male. Part of that is just physics. The muppets are hard to move, and frequently require several people to manipulate them. Due to the stresses of the job, most of the puppeteers are men. And when men are the only people around to bounce character ideas off of, or have voicing characters, you’re going to wind up with a little disparity.

That’s the past, and we can’t change it. We can, however, deal with the future. 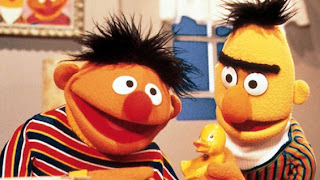 So this Sesame Street movie coming out. It could use a few more female characters. The reasons for this seem obvious, but we can lay them out very simply in a way that fits with Sesame Street’s already stated objective. They want to educate kids, not just about reading and counting, but also about life and relationships and situations they might have to deal with.

Sesame Street should want to show female puppets, because it gives girls the message that they have the option to be individuals too. We’re not all Miss Piggy, thuggishly throwing ourselves around and insisting that no one else get our man. We can be so much more, and I believe that Sesame Street wants that.

I also believe that they want the money that could bring.

So here’s the deal, Fox. You got the good with this buy (recognizable franchise, beloved characters, easy marketing), and you got the bad (franchise needs drastic updates). It’s up to you now to decide what you’re going to do with it, but I, for one, hope you do something good.