Looking Back at the Sarah Connor Chronicles 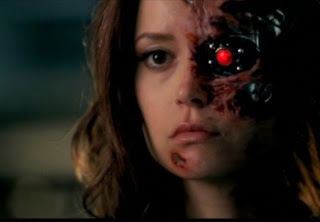 Okay, I’m just going to put this out here: at the moment, and for the next couple of months, I am in Hanoi, Vietnam, visiting a friend. It’s an awesome experience, even if it is super hot outside (and inside), but it does mean that my posting schedule could get a bit irregular. Not that I want it to, just that between the national internet blocks making posting harder, and the prospect of fun things to do, well, I could be a little less punctual these days.

That having been said, today we’re going to talk about something that is always punctual. Terminators.

It’s not a hard guess to assume that while most of you reading this have heard of Terminator: the Sarah Connor Chronicles, probably most of you didn’t watch it. I assume this based purely on the whole “it got cancelled thing”. It stands to reason. 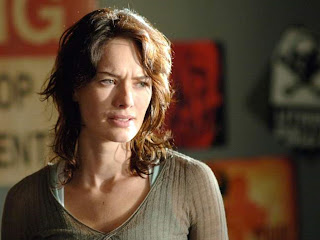 To sum up the show’s plot quickly, Terminator 3 never happened. It starts two years after Terminator 2, with John and Sarah constantly on the move. When they get to a new town, they’re tracked down by a bad Terminator and shit is about to real very fast. But, fortunately, there’s a good Terminator in John’s class at school to help him. Through a series of very odd events, she (the Terminator is Summer Glau shaped, which is awesome) escorts John and Sarah to the year 2008, so that they have three years to try to stop Skynet from being born.

By the way, if you don’t know the plot of Terminator 2, or what a Terminator is, you should probably get on that. Like, before you read the rest of this article. Thanks.

Okay, for the rest of you, here’s the skinny on the non-plot aspects of the show. Summer Glau plays Cameron, a Terminator with some unnerving tendencies towards ballet and jokes, which makes her all the more worrisome to Sarah. Sarah is played by Lena Headey, in a very good performance (though not as badass as Linda Hamilton, Headey gets it done). Her Sarah is all noble sacrifices and biting down on her real opinion in order to shape John into the leader he needs to be. 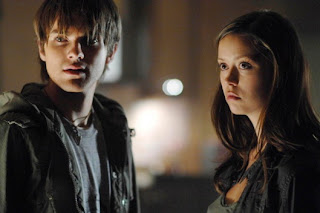 John is mildly annoying, I’ll just get that out there. While it is completely understandable that a character in the midst of these circumstances, especially one who is just fifteen, would be an annoying little shit, I really don’t want that from my future leader of humanity, thanks.

The added character, who becomes a regular in season two, is Derek Reese, Kyle Reese’s older brother from the future, and John’s uncle. Though, to be fair, he doesn’t know about that second bit at first. Derek, by virtue of hailing from the future, really hates Terminators, much more than Sarah or John do. Both Sarah and John are willing to use a Terminator when necessary, for protection, or to take out another Terminator. But Derek’s pretty much of an “all humans all the time” persuasion, so he’s less into that.

This is a problem when he’s living in a small house with one. 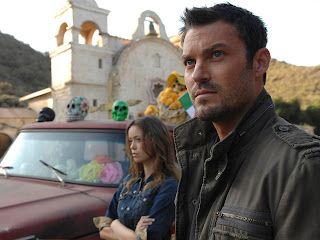 Cameron, for her part, genuinely does want nothing more than to protect John, but that’s because it’s her programming. She doesn’t truly want anything, because want is a foreign concept to her. But she is capable of desiring things and not realizing it consciously. We see this in an episode late in the season where she learns to dance. Not for any particular reason, just because.

I’ve always liked the Terminator series because I feel that it’s a great story, with cool characters, and some of them happen to be amazing women. It was a great point in this show’s favor that the protective Terminator was a girl, and that it didn’t change the dynamic much at all from Arnold’s take on it.

Not only are there Sarah and Cameron, there are a number of minor or incidental female characters throughout the series, from the Connors’ invasive neighbor, to Derek’s old war flame, to John’s girlfriend, to a pretty awesome UFO conspiracy theorist. At no point does the series devolve into a simplistic view of gender, and for that I thank it. 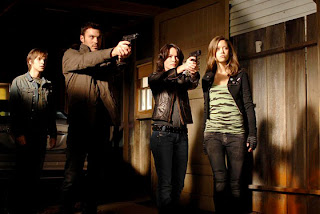 Does this mean that the show was without problems? No, it doesn’t, quite frankly. But the problems were based on the story and the writing, not on the characters or sexist ideas.

Frankly, I’ll take that any day.

Here’s what else is progress: a T-1000 impersonating a businesswoman in order to help create Skynet realizes that her daughter (or rather, the daughter of the woman whose body she stole) is unhappy, and learns to fix it. Not because she needs to, or because a woman always cares for children, but because she can, and because there’s no reason not to.