Ryan Reynolds is Out for GL2. But What About Blake Lively? 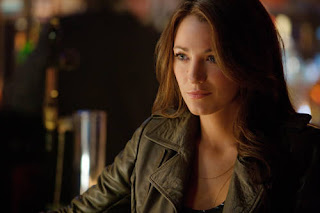 If you think back to last summer, you may remember that it wasn’t light on the superhero flicks. We had Thor starting us off, then a nice dose of retro with X-Men: First Class, and a finisher of classic Captain America. And then, somewhere in there, was Green Lantern, the movie everyone wishes they’d forgot.

Green Lantern suffered from a number of problems, mostly generating from script issues, an over-reliance on CGI, and an incomprehensible plot that made Hal Jordan look like a jerk. Not least among their issues was the lack of chemistry between Ryan Reynolds as Hal Jordan and Blake Lively as Carol Ferris, his love interest.

Well, it turns out they’re making a sequel to that. As Warner Brothers has insinuated heavily, though, it looks like Reynolds will be out for the next Green Lantern movie. And that’s really fine by me. I don’t hate him, but the movie wasn’t good, and he wasn’t the right actor for the version of Hal Jordan they ended up going with.

That is not my issue at this particular moment. No, what I want to know is what’s going to happen to Blake Lively? 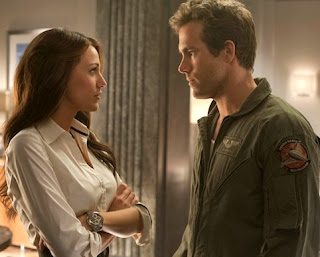 Now, we’re all agreed that the movie was bad. But was she bad in it? Lively played a no-nonsense military woman who was able to inspire in Hal the desire and ability to use his power for good. She’s rather a major character in the comics and in the film. In fact, Jordan doesn’t have any other major canonical love interests, so it would be hard to switch over mid-stream (unlike the Spiderman switch from MaryJane to Gwen Stacy, which is actually completely canonical). Ferris is pretty much it when it comes to possible lovers, so what’s a major studio to do?

First of all, I think Blake Lively, just as much as Ryan Reynolds, was given a rough shake by the writing of this film. There’s no reason why Carol Ferris, a dynamic and complex character in the comics, couldn’t continue to be so in the movie. Add in the cool factor that she’s Hal’s actual boss, and you have a dynamic that creates intriguing tension for their relationship.

I don’t love her character, what with her gruff exterior melting away into bland support, and my general distrust for any female character set firmly in the cheerleader role, but I want to think that she’s going to stay. 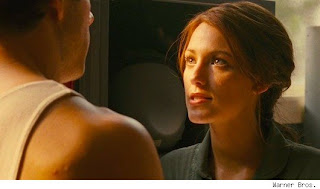 Going forward, it would be nice to see a Carol Ferris who remembers the previous film, and is able to let her knowledge of Hal as Green Lantern inform her understanding of him at his job. These are ideas that would make Lively’s appearance in the second film not just good for the required titillation and sideline cheering, but also an intriguing character in her own right.

All of this, of course, presupposes that they’re going to keep using Hal Jordan as their Green Lantern.

More than any other DC superhero, the mantle of Green Lantern shifts from character to character rather regularly and everyone has their favorite iteration of the character. A Green Lantern was actually just announced to be DC’s new big gay character. Somehow, though, I rather doubt they’re going to use him for a movie. Not just yet.

No, I think they’ll stick with Jordan, because he’s the basic setting. And, like with the Hulk movies, they’ll recast. DC has already shown that it’s okay with shifting actresses within a character between movies in the same franchise (as with Katie Holmes become Maggie Gyllenhal in Nolan’s Batman movies), so it’s not hard to imagine that they’ll be willing to flip on Lively.

I guess I’m just saying that it sucks, and I wish they wouldn’t blame her for a movie that had a lot more problems than her acting. Is that too much to ask?