Spidey's Girls (What Does It Take to Be a Superhero's Girlfriend?) 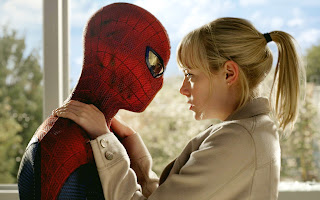 As you may have guessed from the title, I’ve now seen Amazing Spiderman. It was great. Like, seriously, I enjoyed the crap out of it. Now, I’m sure some of that can be put down to the joy of seeing it with my sister and a good friend on the Fourth of July, etc, but a fair amount is actually due to the movie itself.

For starters, I have to say that this was a better film than the Tobey Maguire Spiderman. In the sheer sense that the directing, writing, acting and story were all working together completely and beautifully, this was a great film. Also, Andrew Garfield fit my idea of a Spidey better that Tobey did, if only because he genuinely looks like a nerd, and he’s got that snarkiness I always loved in my Peter Parker.

But when we come to the biggest overall improvement, for me, it really comes down to the women.
It usually does.

So, in the Spiderman narrative, there are really only two significant women at any given time. Those women are Aunt May and whoever Peter is dating at the time, usually either MaryJane or Gwen Stacy. Apparently the dude has a thing for girls with two first names.

Both portrayals of Aunt May were good, I have to say, and I think that’s partly because with Aunt May there isn’t a lot to screw up. She’s supportive, loving, and a constant reminder of what Peter is actually fighting for. Hurrah! My vote does go, though, to Sally Field in this case, because her Aunt May was something that is sorely needed. She was strong.

I’m not saying that the previous portrayals were weak. That’s not what this means. No, I merely want to point out that the story made an issue of Aunt May’s inner strength. She doesn’t just support Peter, she corrects him, calls him out when she feels his behavior is unreasonable. Yes, she’s loving and lovely, but she’s also not afraid to be the matriarch in all sense of the word. Which makes me like her. 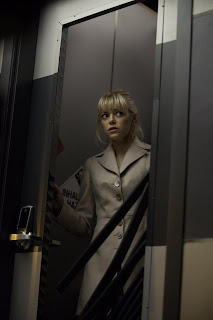 As for MJ and Gwen, I have already made my preference for Gwen clear on several occasions, and I was, in fact, held up by this movie. Which is good, because I really hate being wrong.

MaryJane is the stereotypical girlfriend. While not actually Peter’s high school honey in the comics, she is one of his great loves, and it’s not hard to see why. She’s gorgeous, popular, and an aspiring actress and singer. More than that, though, she’s sweet, nice, and needs him. She’s the girl that boys dream of, with her gorgeous looks and her rather incessant need to be rescued.

Contrast that with Gwen Stacy. Gwen is popular, sure, but she’s a lot more interested in science and her future career than she is on high school and personal politics. She’s got her own stuff going on, and if that stuff occasionally turns out to be Peter adjacent, then that’s great.

But there’s a really big reason why Gwen is cooler to me, and that’s her self-assurance. She doesn’t need anybody. She can do it on her own. That means that she isn’t with Peter because she needs him, she’s there because she wants him. And between you and me, that’s a much healthier relationship. 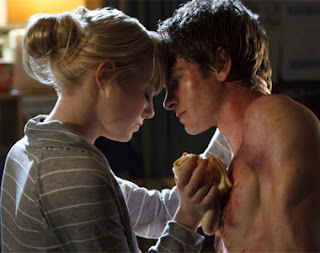 It's even more than this, too. Gwen is the one who actually pursues Peter, in this story. She knows what she wants, and once she's sure that he wants it too, she goes after him. She isn't afraid of her own intentions, and she's perfectly capable and willing to stand up to her father (masterfully played by Dennis Leary) to get what she wants.

Contrast this with MJ's constant need to be pursued, or even with the mild dithering that accompanied Gwen Stacy in the excruciating third Raimi Spiderman. Those women weren't able to stand on their own two feet, so they needed a Spiderman who would stand with them. This Gwen is perfectly fine on her own, but she chooses to be with him. It's the choice that makes it important.

Now, I do have to give a moment of finger-wagging at the film because at no point in its two hours and sixteen minutes span did any female characters actually talk to each other in a meaningful way. Which is annoying and shameful and really, when you get down to it, pretty freaking depressing. But still. Hurray for Aunt May and hurray for Gwen Stacy.

Let’s just hope they keep it up in the sequel.