The Princess Problem (A Look at the Economics of Fairy Tales) 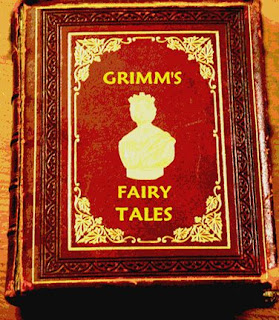 I’ve recently started taking an online course on fantasy literature (which is really good, and also free—you can join it here), and our first assignment is to read the Grimm fairytales, and talk about certain interpretations thereof.

For me, it’s a bit of fun, because the version we’re reading is lovely, with gorgeous illustrations, and the stories are familiar, but not wholly known to me. I don’t usually read through fairy tale books for a lark, so I’ve not seen any of this stuff for a while.

And in reading the book, I’ve come to a single conclusion: there are a crap ton of princesses in this book.

Like, a disproportionate amount. If even half the stories in here were based on real events, then either we would have to conclude that no one in medieval Europe was out of the bounds of a story like this, or that the world spun off into some nether dimension where the time of kings and queens spun out for an extra century or so.

But here’s the thing: there are a lot of princes too.

So this got me thinking. Not about whether or not the stories are true, because, seriously? But instead, I started thinking about why a good three quarters of the stories were about low-born peasants tricking their way into the royal bedroom. And the conclusion I came to was simple: prostitution. 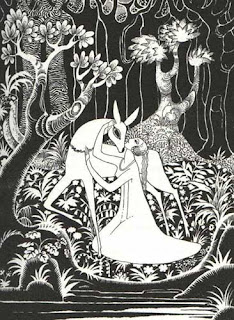 Puts a whole new spin on it doesn’t it?

Now, I’m not saying this as some rabid, foam at the mouth, man-hater. What I mean is that in these fairy tales, whenever the young man tricks his way to the princess’s hand, or the fair maiden is discovered and married by the king, it’s not just about romance (in fact, it’s not really about romance at all), but also about money. Cold hard cash. Or, in this case, gold.

When you come down to it, life in medieval Europe was hard. Not as hard as some have led us to believe, of course, with the whole “Dark Ages” myth (check out this John Green video if you don’t believe me), but still pretty difficult. Europe was a cold place, making agriculture a tiresome business. Famines happened, plagues ran through, and sometimes trade from foreign parts of the world devalued the local economy, or, worse, created an inflationary bubble that destroyed cities when it burst (as in Amsterdam and the Dutch Tulip Disaster).

It was not a good time to be poor.

Moreover, it’s never a good time to be poor. Since the concept of money came about (which was not, as you might think, immediate), poverty has implied a lack, and a division between the haves and the have nots.

Well, Grimm’s Fairy Tales were written with a specific audience in mind: the have nots. 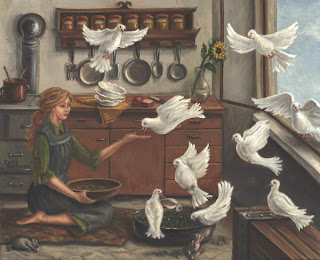 Stories about the virtues of cleverness, the importance of hard work, and the ways to work your way into a royal wedding weren’t about little girls and princess fantasies, they were about stabilizing your economic reality. It’s more accurate to think of these marriages as transactions than romances, because in most cases the bride and groom were state unseen. All the have not knew of the royal was that they were rich, and hopefully attractive. That was enough.

So, yes, when it comes down to it. These are stories of prostitution. The bargain of human beings for goods and services. But in the end, it’s not all that bad. Romance wasn’t valued then like it is today. In fact, it was considered largely anomalous. Your job, as a representative of your family, was to marry well enough to better their fortunes. It wasn’t a cruel and money-grubbing thing to do; it was an economic reality.

It’s only in the past hundred years or so that we’ve become rich enough (and I here refer to North America and Europe mainly, because the practice of economic marriage is still held in many places) that we can and do marry for love. So we think that it is the best of all fates. 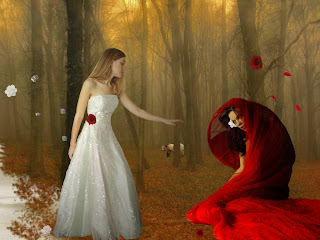 And we’ve changed the fairy tales so that Cinderella falls in love with the Prince, instead of figuring, “Hey, he’s a prince. Might as well put on some tights and try to dance my way into his bed, because that way I’ll get dinner tomorrow.”

It’s also funny that in the past fifty years or so, feminists have come out against fairy tales, calling them passive, and insisting that women can rescue themselves.

Here is the part they’re missing: in most of these fairy tales, the women are rescuing themselves. Rescuing themselves from lives of drudgery, disease, and hunger. So what if they do it with a pretty face or sharp wits instead of a sword? There is more than one way to be strong.

Disney may have tried to sell us on the idea of the sweet, passive princess, and by all means you can revolt against her, but if you look back far enough, you’ll see that sometimes marrying the prince is a revolutionary act in and of itself.