The Problem with Cop Shows (And The Unusuals) 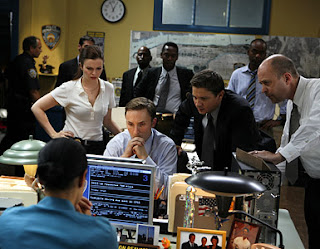 Continuing in my trend of talking about shows that probably most of you have never heard of, let alone seen, let’s talk about The Unusuals.

And, yes, I will explain what that is to start us off.

The Unusuals was a cop show back in 2009, and it was good. It only lasted half a season because that year saw a glut of new cop shows, but the lack of ratings really shouldn’t be blamed on The Unusuals itself. It should be blamed on us. We didn’t appreciate the show, and now it’s gone.

Incidentally, I count myself among that number. I didn’t watch this show until last winter, when I realized it was on Netflix Instant, and featured a pre-fame Jeremy Renner. If that’s not enough reason to check it out, then I don’t know what is.

But what really surprised me about the show as I dug into it is that it’s not only good, it’s also, well, unusual. The characters are ethnically, sexually, and religiously diverse, it deals with heavy topics without resorting to melodrama, and the writing is tight and fun. So why didn’t we watch it?

Well, I’m pretty sure that those are exactly the reasons. 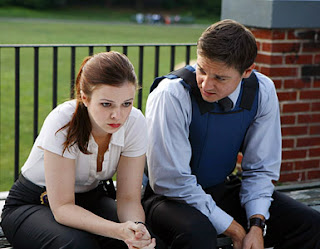 There were three major storylines on the show, and each of them was a little bit dark and more than a little bit twisted. To start off, Jeremy Renner’s character as not actually the protagonist. That honor went to Amber Tamblyn’s Detective Casey Shraeger. Brought in when Walsh’s (Jeremy Renner’s) previous partner turned up dead, Shraeger is a tough cop, good investigator, and relentlessly honest.

She just so happens to also be independently wealthy, making her immune to bribes and exactly the person the chief wants investigating corruption.

Shraeger and Walsh’s relationship is rocky at first, because she’s a woman, and a young one at that, and he’s fiercely loyal to his old partner, who was actually a dirty cop. The investigation into his old partner’s affairs takes up a fair amount of their storylines, and it’s somehow comforting to see that they don’t always see eye to eye. Shraeger believes that everything should be out in the open, and Walsh believes in secrets. It’s a fun dynamic.

It’s not, however, a particularly mass culture friendly dynamic.

As people, we want cops we can trust, and knowing that the two officers helping us could be going through personal shit, or maybe aren’t pure as the driven snow, well that just messes with our heads. We don’t like it. 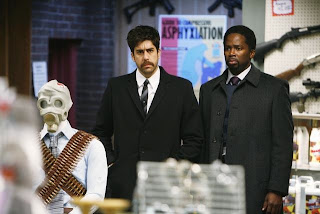 The second major storyline was a more personal one: Detectives Banks and Delahoy dealing with their own mortality, each in a very different and still unusual way. Banks (played by the awesome Harold Perrineau) is a very good cop, but a very shaky one, because he’s convinced that he’s under a family curse. If this curse isn’t broken, he thinks, he’s going to die before his birthday, because he’s 42, and all the men of his family have died at age 42.

To this end (this not dying end), he takes every precaution he can. He covers his apartment in foam and bubble wrap. He watches out for sharp corners. He drives below the speed limit. Some days he doesn’t even go outside.

This is in complete contrast to Delahoy (Adam Goldberg), who finds out in the pilot episode that he has an inoperable brain tumor, and at best, six months to live. He can’t smell right, he’s seeing things, and he gets headaches. But instead of freaking out and getting every medication he can like Banks would, Delahoy just embraces the end. He becomes more reckless, eats things he’s never tried before, and doesn’t tell a soul.

Their dynamic is probably my favorite in the whole show, to be honest. While Banks tries to get Delahoy to care more about his own life, even without knowing exactly what’s going on with his partner, Delahoy fights to make Banks see that a life lived in fear is absolutely no life at all.

But this is something else we don’t want our cops to be. We don’t want to think of them as mortal, as dying, or as scared. It’s just too much for us. 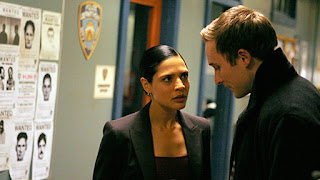 And this brings us to the third major storyline. The third main set of partners in the precinct, Detectives Beaumont and Cole, have a great relationship. They’re like brother and sister. She’s going to be best man at his wedding. Beaumont is a lower-class Hispanic woman who has fought for everything in her career, but she cares deeply for Cole, a very young cop who’s religious, sweet, and painfully naïve.

Except Cole is actually an ex-con who changed his name and ran from his past. A past that includes car theft, larceny, and maybe even murder.

It’s heartbreaking to watch the two of them dance around Cole’s coverups. He desperately doesn’t want to disappoint Beaumont, but he also can’t help trying to hide his past. And his attempts to do so always get him in more trouble than before.

So this brings us to the final reason The Unusuals struggled to find an audience: nobody likes to feel convicted.

Cole’s actions are all justifiable to him, he’s a genuinely wonderful person now, and he wants the best for everyone. It’s desperately hard to watch a character like that screw up. Moreover, it reminds us that we’re all prone to doing it. We are all in danger of lying a little too much, or trying to get away with it just one too many times, and we can see the truth of our own lives in Cole’s problems.

No one likes to feel that sense of guilt and dawning realization. I don’t. His scenes were always the hardest for me to watch, because I wanted so badly for him to make the right choice, and he didn’t.

In the end, I think that’s what makes The Unusuals a good show, and what made it an unsuccessful one. The characters are incredibly real, fleshed out people, with all of the flaws and goodness and problems that entails. We want our dirty cops to be clearly bad, but sometimes they’re not. We want to think they they’re out there bravely sacrificing themselves for us, but sometimes they’re even more scared than we are. And we love the idea that moral questions are easy and the bad guy always gets what’s coming. But he doesn’t.

Yeah, this show is funny and quirky and extremely well written, but at its heart, it’s about people. And I guess we don’t want people clogging up our cop shows.