What Does Alphas Have Against Women?

Dan Ingram of Fear the Cacti and Crossover Appeal is our Friday columnist! You can read some of his previous posts here,  here, and here.

So over the past week, I sat down and watched the first season of “Alphas” on Netflix. I do have to admit that I quickly fell in love with this show. Most of which has to do with the fact that all of the male characters on the show are awesome, charming, funny, and have some really kick ass powers.

But if you notice a key part of that last sentence, I only mentioned the male characters. What the hell is going on with their female characters?

Let me start off by listing, categorically who everyone on this team actually is:

Dr. Lee Rosen is the leader of the team. He is actually not an Alpha, but instead he is a normal human that has been researching the Alpha phenomenon for decades. He is the main contact between his team and the Department of Defense. His interest in Alphas began when his daughter (Danielle, we’ll get to her later) turned out to have abilities that he could not explain scientifically. He’s a really smart guy, loves rock and roll and an avid swimmer. Looks great in a Speedo.


Cameron Hicks is not only a spitting image of Josh Holloway, but he’s also developed the ability to have hyper accuracy. It let him pitch two consecutive perfect games in minor league baseball, but it also led him to be manipulated by “The Ghost” (the villain of the pilot episode) and Cameron killed a federal witness by shooting him in the head…from across the street…through an air duct…on something like the 16th floor. He joined the team to avoid prosecution.

Bill Harkin is a former FBI agent, put on disciplinary leave after he broke a co-workers clavicle in a scuffle. He has the ability to control his fight or flight response and can cause his adrenaline to surge, giving him super strength and super speed. He breaks stuff and effectively Hulks out. In my mind he learned how to harness his abilities while training for a bobsled team from Jamaica.

Gary Bell is known as a “transducer” and can perceive electromagnetic wavelengths, allowing him to tap into cellular signals, security camera footage and track the signal. He is also autistic, a 32 on the CARs scale, according to Gary. He’s by far my favorite character mostly because his power is the most original to me and the guy is one of the funnier (relief) characters on the show.

Which leads me to the women on the team. There are two. Rachel and Nina. Rachel has the ability to hone her senses to a molecular level, she can see DNA, not kidding. She also can detect smells, trace elements of explosives, but most notably heartbeats, allowing her to tell how many people are in a given area.

Nina has the ability to “push” people, or influence them to do her bidding. She is regarded as the most troubled of the team.

The way that Nina and Rachel are portrayed on the show goes as follows: “I’m a spoiled brat and she’s a germaphobe.” This makes them simultaneously the most manipulative and insecure characters (respectively) on the entire team.

Not to mention in season 2, I haven’t seen this I’ve only heard about it, apparently Nina goes off the reservation and “pushes” Rachel to have a lesbian make out scene with her.

The men of the Alphas team have powers that fit their personas. Masculinity, hyperaccuracy from being a soldier, the ability to tap into technology on a whim; so what are the creators saying about women when they make them manipulative and so self conscious that they can’t even stand up to their parents. In this case the parents thing is taken a step further because Rachel is of Indian descent. 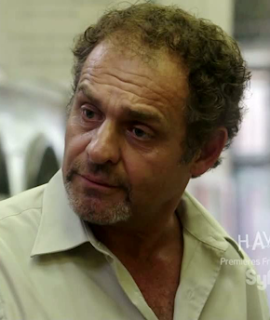 Insert stereotypical father figure trying to marry off his daughter…again, not kidding.

What I find so interesting about this show is that they let the powers reflect so closely the personalities and the stereotypes of the characters that they’ve inserted into this team. But it also bothers me, because I don’t get what message they’re trying to say about these people or gender roles in society.

Nina is a decent enough person, we hear a lot about her troubled past, maybe helping someone to commit suicide with her power, but overall she’s not a bitch, but her power to me says, “women are manipulative”. 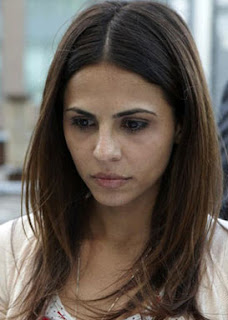 Rachel isn’t much better. She’s always second guessing herself, is submissive to basically everyone on the team and is a clean freak.

I get that characters need to arc, they need to grow, and in all likelihood these two women will grow out of these terrible archetypes and become something much better.

But really showrunners? That’s where you started? You’re supposed to avoid stuff like this, not embrace it willingly and then just expect me to wait around for you to prove to me you’ve got something to say about females and how they contribute in this world.

And you really didn’t help yourselves out when you made two of the season 1 villains female. One who basically runs a terrorist organization and the other who assassinates people for money.

Then Rosen’s daughter (I said we’d get to her) shows up, turns out to be a drug addict, and is now shown to be working for the terrorist organization as a double agent.

There are plenty of villains on the show that are men. In fact percentage wise I still think guys hold the advantage on this end. But you’re sending a message “Alphas”, and so far I can’t say that it’s a good one. Luckily for you I’m basically enthralled with your “X-Men-but-not-X-Men” style, so you’ve hooked me, but you need to hold yourself to a higher standard, because this shit is getting ridiculous. 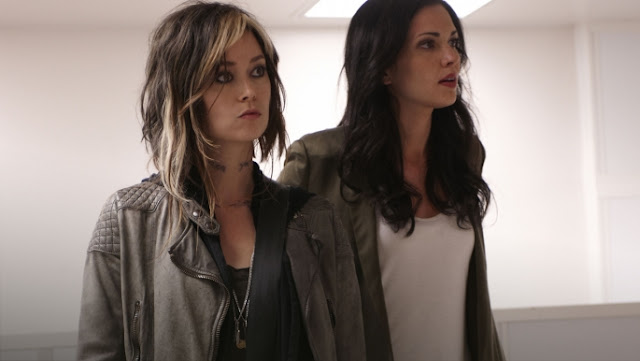 Summer Glau guest starring and being generally beautiful/awesome, however, is NOT ridiculous.

Dan Ingram works in television (but not the fun part) and has his Master's in Screenwriting from New York Film Academy. If he had a superpower, it would be the ability to always know where Ryan Reynolds is. True story.
Posted by Unknown at 9:00 AM