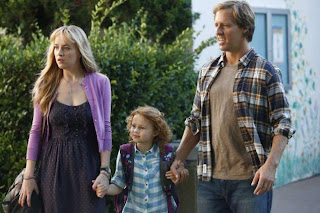 I’ve never understood the appeal of childish characters. You know, the characters who are well into their twenties or thirties, but still live like big kids. They’re usually guys. They’re usually annoying. They’re portrayed as fun, lighthearted, the kinds of guys you want in your corner, even if they are ultimately super annoying.

Which they are. Super, incredibly, exorbitantly annoying. Entire movies have been based on this, like Our Idiot Brother and You, Me, and Dupree. We are supposed to believe that these overgrown children are really just sensitive souls that can teach all of us how to truly live in the moment.

I don’t think I need to explain that I think that’s crap.

Ben and Kate is yet another entry in this genre. The story follows Ben, who never grew up, and his little sister Kate, who grew up too fast. I think that’s actually a line from the show, which displeases me. 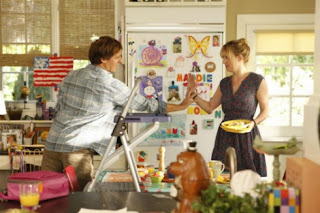 Anyway, Kate lives in Los Angeles with her five year old daughter. She’s a waitress, has a couple of good, if odd, friends, and generally seems to be working on her life. She’s dating again. It seems nice. She also has an improbably nice house for a single mother who works in food service, but that’s beside the point.

Ben is her big brother who only breezes into town when he wants something. He’s very fun, of course, but he’s incredibly disruptive. He’s always dragging her into his wacky schemes, and she, of course, can’t have that.

This time, he comes back to town in order to break up his ex-girlfriend’s wedding. He’s being selfish and she calls him on it, but then he calls off his plans in order to help her, and we’re supposed to believe that he’s changed. After a few more sitcom-y twists and turns, he decides to stay in the area to help her raise her daughter. Hugs all around.

Now, nothing in here is inherently objectionable. I don’t particularly care for Ben’s character, because he’s incredibly annoying and I don’t see any change for the better in his future, but nothing actually is wrong here. The problem lies in two places: the writing (it’s predictable and unfunny) and the casting (no chemistry). You need something, some hook to keep people coming back for more. If you don’t have a hilarious script, then you need solid actors. If you don’t have good actors, then you need a really catchy premise. 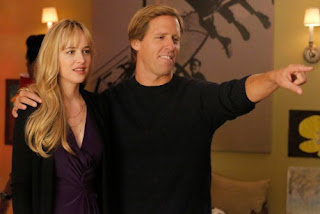 It’s not precisely that I hate immature humor (though I’m not overly fond), I just tend to think that shows that rely on a childish character to “bring out the kid in all of us” are oversimplifying things. Yes, it’s lovely to have a true sense of wonder at the world. But it is also lovely to pay your bills on time.

As a premise, I think this is the sort of stolid sitcom material that has the potential to be anything, depending on its execution. I worry a bit about this incarnation, though, because after Ben’s character growth in the first episode, they must revert him in order to make the show work. He is a character who cannot develop and keep the show running, which will get stale very fast.

But otherwise, the show is largely a wash. It has the potential to be pretty cool if it takes itself seriously. So, we’ll see. For now, though, it’s not a good bet.