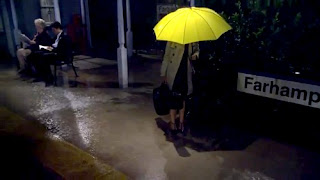 I know I’ve mentioned How I Met Your Mother a lot in the past couple of weeks. And months. But we’re going to dive back into that well once again because the eighth and possibly final season has just begun, leaving us with a very interesting situation: we might actually meet the mother.

Well, seven seasons ago, it left us intrigued and wanting more. These days it leaves us a little annoyed and impatient. We are totally ready for Ted to meet the damn mother. Marshall and Lily have gotten engaged, broken up, gotten back together, gotten engaged again, gotten married, gone through a significant family tragedy, and had a freaking baby already! Get it together, Ted. 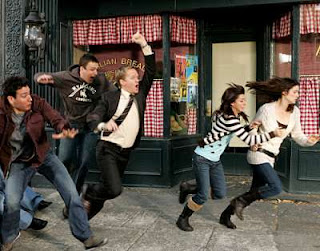 Of course we all know that it’s not Ted’s fault. It’s the stupid show’s fault for being good and popular and therefore getting renewed and making us wait. Dumb show. But this does leave us with a weird problem. After eight years of anticipation and hopes and ideas of who she is or what she’s like or who’ll play her, what if the mother, wait for it, sucks?

Trust me, I don’t like thinking this any more than you do, but we have to admit that it’s a distinct possibility. We all have actors we intensely dislike, some of whom have done polarizing guest stints on the show. Zoey was pretty divisive. Current opinion on Quinn seems to be that the jury’s still out. How do we know that when we get the mother we’ll like her?

We can always go with the assumption that we’ll have to. I mean, after all these years, we almost can’t let ourselves not like her. We’re ingrained to love her on sight, right?

I’m not saying that I want to hate the mother, and I’m not saying that her casting will ultimately matter at all. We still have no idea if she’s going to appear in the final episode, a season arc, or just the last thirty seconds of the last episode. The creators are pretty close mouthed about that, as they rightly should be.

What I’m more getting at is this: long running shows based around an anticipation premise run the risk of disappointing audiences when the plot finally pays off. We all felt the burn when The X Files started its decline. And we all cringed when the Luke and Lorelai thing just did not work out. Anticipation means that we’ll be eager for it forever. But milk us for too long (and isn’t that a disturbing mental image) and we’ll start to resent it.

I just hope you guys know what you’re doing, is all.