She's Just The Girl (Community and How I Met Your Mother) 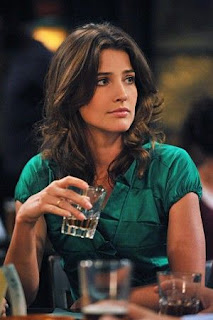 When you’re writing a television pilot, generally speaking you have a protagonist (usually male, but that’s evening out) who has an undefined goal in life and will be shaken out of his doldrums into the wacky world of your story. If you’re going to do that, then the easiest way is with The Girl. That’s right, just introduce your guy to a girl character who represents everything that he actually wants, and this will force him to grow and advance the plot.

I hate it when they do this.

In the pilot episodes of both Community and How I Met Your Mother, our straight white male protagonist isn’t spurred into action until he meets The Girl. She is the perfect girl for him. Pretty, unattainable, interested in the same stuff he is.

Utterly lacking in her own personality.

On Community, the influential girl was of course Britta. In the very first episode we see that Jeff starts the study group so that he can have an excuse to hang out with her. Which is fine, there are much worse reasons to do things, but it leaves the show a little bereft. You see, Jeff does things because he wants Britta to notice him. The story, though, doesn’t give any validity to Britta’s side. We are entirely in Jeff’s pocket, and Britta doesn’t exist as a person. She is a thing to be won. 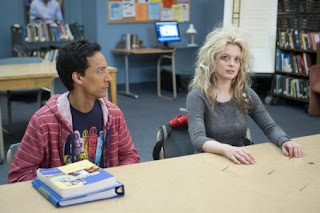 It’s not until the later episodes, when Britta starts really filling out as a character (and a damn funny one at that) that we start to actually get an idea of who she is. Upon first glance, Britta is just an amalgamation of all the things that Jeff finds attractive. She’s The Girl. She doesn’t have a role in the story of her own, she’s just there to move the plot along and be the carrot dangling in front of our main character, spurring him on.

In How I Met Your Mother, it’s even more pronounced. Unlike Jeff Winger, who is a confirmed womanizer and proud of it, Ted sees himself as a sensitive guy. When he sees Robin across the bar in the pilot episode, he knows that he wants to get to know her. To date her. Maybe even to marry her. Which is ridiculous because he has literally never spoken to her. At least Jeff is honest about how little he really cares for Britta’s feelings at first. In the pilot, Ted treats Robin like some magical being created just for him, despite not knowing her at all and professing to be a nice guy.

It’s not until later in the first season, and then the second, when we actually get to know Robin as more than just that chick Ted wants to bang. It’s when she actually suits up to have bourbon with Barney, or when we find out about Robin Sparkles, or the later episode when we find out she was raised as a boy. Until we find out Robin’s quirky little flaws, she’s not a person. She’s an object. Just another thing Ted thinks he needs to feel complete. 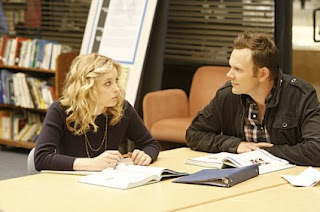 And, ultimately, that’s the problem with “The Girl”. She’s not a real character, she’s a level. It’s lazy writing, assuming that all our hero needs to be inspired or to be complete is a girl. It gives said girl no agency, and just assumes that she’ll be happy playing in to the male protagonist’s fantasy.

As the years go on, this actually becoming more prevalent in female lead shows as well. I mean, it’s equality, but really? Not what we want.

In the first episode of Heart of Dixie, Zoe spies a cute guy, talks to him, and decides to stay. Said cute guy really has no personality for most of the first season. Or in Grey’s Anatomy, where McDreamy exists just as a fantasy to all the female characters. I think. I don’t actually watch that show. It seems nice?

Anyway, creating a character whose sole existence is just to jolt your protagonist out of his doldrums is annoying and bad. That should be pretty self-evident.

But the reason I’m still talking about it is because those two shows up above (Community and How I Met Your Mother) managed to pull it off. And they did it by developing the shit out of those characters once they got going. 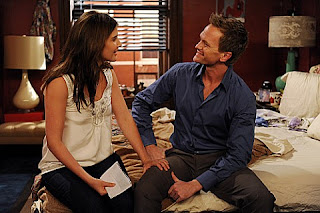 Look, writing is hard. Sometimes you make shortcuts. I don’t think anyone here is saying that Dan Harmon is a bad writer or that the HIMYM pilot isn’t hilarious and awesome (at least I’m not saying that), what I’m saying is that those shows succeeded because they didn’t keep these characters underdeveloped. Very quickly we learned to view these women as characters in their own rights. Funny, psychotic, and occasionally violent characters.

If it weren’t for their development, neither show would actually work. They would bring the whole level down, to have two women who are just there for the male protagonist’s sake? That would suck. So they aren’t. They’re there for them.

The bottom line is that if you’re making a piece of art, and you want it to be good, whether it’s a show or a movie or a book or whatever, you have to treat all of the characters in it like people. You can’t pick and choose which ones get to have agency and which ones are just cardboard props for your lead to react against. The whole thing has to jive. If you want it to be good, make everyone a character. Not just the easy ones.

And if you’re going to make a comedy, make everyone funny.