The Girl with the Taser (Darcy Lewis and Self-Defense)

Taking a quick break from pilot season (to reload on shows), I thought today we’d take a look at Darcy Lewis, of Thor and eventually Thor 2 fame.

Now, Ms. Lewis is pretty much my favorite of the Phase One Marvel ladies. She’s funny, sassy, and perfectly aware of her own flaws. That already puts her above most comic book women. Plus, she’s played by Kat Dennings. And I love that woman.

But my absolute favorite thing about Darcy is that she’s smart. I don’t mean smart in the way that her friend/boss Jane Foster is smart. Darcy doesn’t know two things about astrophysics, and as we’re later informed, she’s not even remotely interested in the topic, Jane’s was just the only internship she could get.

I mean, Darcy’s not stupid, but she’s not a genius either. She’s just a normal college girl dealing with really abnormal situations.

When I say smart, what I mean is that Darcy is incredibly imbued with common sense. I hate to say it, but that’s not altogether common in movies, let alone superhero movies. We first meet Darcy when she’s driving Jane’s stormchaser van. Darcy is the one who completely reasonably suggests that they turn back. Jane tells her to drive to the tornado, and Darcy does so only under protest. She is not thrilled about this.

So already we can tell that Darcy is the reasonable one here. This is pretty funny, since by her view, yeah she’s reasonable, but it’s not like she’s responsible. Except for the part where she is. 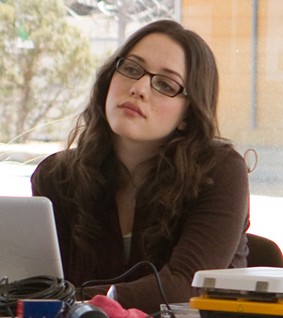 The second thing we ever see Darcy do in the movie is taser Thor. In the movie, it’s a giggle moment, because we know that Thor is a pompous but well-meaning god who just happens to be a little confused about what planet he’s on. It’s all cool. But when we think about this from Darcy’s perspective, what she did gets a whole lot more awesome.

From Darcy’s perspective (and really, from Jane’s, if she were capable of common sense, which she isn’t), Thor poses a credible threat. He’s a massive guy, out in the middle of the desert. He seems drunk. He’s rambling. They just hit him with their van, so he’s probably none too pleased with them. And when you look at the composition of the group, you can see that it consists of two young, small women, and an older man. So, not exactly a rough and tumble crowd.

Darcy tasers Thor. And while we laugh, we should also remember that this? This is a pretty big step for female characters.

I’m not saying that no female character has ever defended herself before. Heck, even in the Christopher Nolan Batman trilogy we have Rachel Dawes tasering a baddy in the first movie. But it’s rare to see a woman do it as simply and unselfconsciously as Darcy does. Thor freaks her out. She tasers him. It’s really that simple.

Oh how I wish it were always thus.

The trope of the scared woman is certainly nothing new. A man breaks into an apartment, and the woman of the house grabs a baseball bat to defend herself. We’re supposed to feel frightened for her. What’s she going to do with that? How on earth can that woman protect herself?

Whole movies are based around this. Both the ones where the woman really can’t protect herself, and the ones where she can and we’re supposed to be shocked by this. 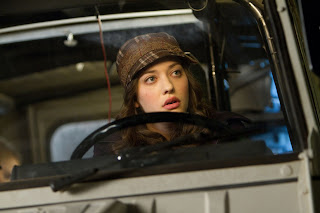 The thing about women defending themselves in movies is that so very rarely is it just matter of fact. If a woman is in danger and manages to actually defend herself, then it’s supposed to be some big reveal moment. She was a badass the whole time! Or, she finally worked up the courage to fight back! Yay!

But in life, most of the time it’s not like that. In college, when a strange guy tried to force his way into my room, and I pushed him out with the door, that wasn’t me secretly being a badass or suddenly standing up for myself. That was just me thinking, “Hmm, would I like to take the chance that this schmo can rape me tonight? Nope, don’t think so!”

I didn’t really dwell on that moment as I went through the rest of college, and it doesn’t seem like Darcy dwells on her self-preservation here. It’s an instinct. This freaks me out. I can protect myself. Decision made.

It’s a decision that I would really like to see more of, to be frank. The tragic fallout of the Twilight phenomenon seems to be a stigmatization of female self-defense. When Bella learns that her honey is a vampire, she isn’t scared because she’s sure he would never hurt her. That’s ridiculous. If Darcy were there, I like to think she’d roll her eyes at Bella, taser Edward, and book it out of the creepy forest where no one would ever find the body. 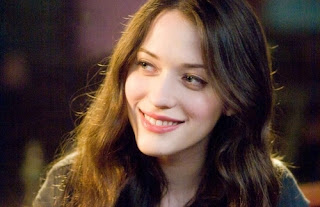 We need more women on our screens who have common sense and an instinct to stay safe. That won’t make them boring characters, it’ll make them more realistic ones. As women, we live with the threat of violence every day. Walking down the street, it’s not paranoid to assume that any man you see could be Schrodinger’s rapist. Sure, it’s probably unhealthy to obsess over it, but understanding the danger that you are in solely by your possession of a female body and existence in a rape culture is not a bad thing. Darcy carries a taser.

When Jane mentions that Darcy tasered Thor, Darcy responds with, “Yes I did.” She’s not ashamed of her actions, and nor should she be. She reacted to a threat in a non-violent but still proactive way that could have saved the lives of her and her friends. I want more women like Darcy on the screen. More no-nonsense, calmly capable women. They don’t have to be badasses, they just have to be willing to take care of themselves.

That doesn’t seem like so much to ask, does it?

Note: Schrodinger’s rapist is the theory that any strange man initiating contact could be a rapist. Not that they necessarily are a rapist, just that it is safer for any woman out alone to assume so. You can read more about this theory here.