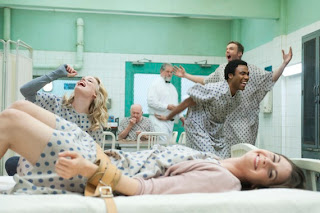 I’ve found that it’s usually a terrible life choice to use sitcoms as a guide for your moral behavior. Sitcoms, after all, are full of lying, cheating, using your friends as pawns in a weird game only you understand, miscommunications, and, as I have hammered into all of your heads by now, really bad gender stereotypes.

So it comes as a bit of a surprise to me that today I’m going to use a sitcom (Don’t Trust the B in Apartment 23) to explain why it’s okay that another sitcom (Community) probably isn’t ever coming back. I am a wizard.

Don’t Trust the B is about a bitch. Specifically, a bitch named Chloe and her reasonably moral and therefore generally disgusted roommate, June. Chloe and June are a simmering font of different life choices and conflicting worldviews, but they work and they’re funny. What more can you ask of a show? 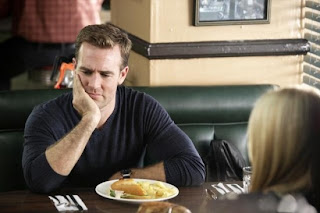 Chloe’s best friend is James van der Beek, Dawson himself. More than being just a prancing monkey brought in for cameos and obvious laughs, van der Beek is actually a major character on the show. He’s characterized as deluded, megalomaniacal, and obsessed with his past career.

The season two premier focused on all of this. James, you see, has been refusing for years to do a reunion special for Dawson’s Creek, thinking he was squashing the other cast members’ dreams. Really, though, he was just being morally bolstered by a manipulative Chloe. When James finds out that Chloe’s been lying, he decides that he needs to do that reunion show, and do it hard. Just one problem: no one else wants to.

While June discovers that her high school friends are more successful than she is, Chloe is the only one to keep a level head (which is unnerving). As she says, you should never look back at your past. You walk away and let it explode behind you.

The Beek obviously falls into a funk, which is only matched by June’s autumnal sweater and life crisis coma. It takes Chloe bringing in a grown up Zach Morris to explain that you really have to move on for the message to hit home.

Which brings us to a Viking funeral in Central Park for James’ Dawson’s Creek memorabilia, and June’s sweaters, and an epic shot of the cast walking away from their pasts. (As it explodes behind him.)

But I promised to make this relevant, so here’s the deal. This whole episode works perfectly as a metaphor for the end of Community. Now, I know we were all disappointed when we found out that Dan Harmon was fired. And I know that there was a minor freakout upon learning that the show was being moved to the Friday deathslot. Oh, and now it’s not premiering at all? Hmm. But the fans haven’t given up hope. #sixseasonsandamovie

Except, I kind of don’t want that anymore. Don’t get me wrong, I still love Community and I am definitely drinking the Kool-Aid, but it wouldn’t be so bad if we left things here. Leave the past in the past. 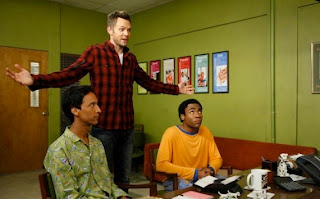 Community had a spectacular three seasons. They did three seasons that are better in each individual episode than a lot of shows are in their whole runs. They redefined what a sitcom could be and say. Why wouldn’t I want more of that?

Sometimes it’s better to just let things go. If Community ends now, and there is no fourth season, or if the fourth season (which has already filmed a bit, I hear) just goes quietly into the night on DVD, then it goes out on a high point. The season finale last year was kind of perfect.

Think about it. We got so used to the idea of needing some big story metaphor to end every season that a lot of people were disappointed, but realistically, all the characters stories have ended now. Jeff isn’t an asshole completely obsessed with his career and willing to use people anymore. Now he wants to help his friends because helping other people is the actual right thing to do.

Shirley can stand up for herself, instead of being a doormat. She’s newly married, has another baby, and just started a business. Pierce is finally past a lot of his daddy issues, race issues, and general problems with the world. He’s helping Shirley start her sandwich shop. 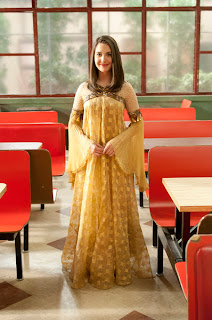 Troy got past his anxiety about his future, and is studying air conditioner repair. It’s not a flashy job, and it may never get him acclaim, but he’s good at it and he can be proud of himself. He’s still the first person in his family to go to college. Abed is, well, Abed, but he’s made a lot of progress in how he relates to people. And there’s the barest of hints that he might be starting something with Annie.

Annie has let go of her desperate need to be loved, and is starting to accept people (including herself) just where they are. Britta isn’t chasing after an activism she thinks she needs anymore, and she is learning to like herself enough to be with a person who’s actually nice to her, like Troy.

They all passed biology.

So, no, none of this is earth shattering, and we didn’t get a third paintball episode, except in flashback. But it was precisely what we needed for the show to feel complete.

I’ll be totally honest, I don’t want Community to come back. It’s perfect right now. Yes, it probably would have been good if it had kept going, but it’s okay to let things go sometimes. Sometimes you have to move on.

And before all the Community fans grab their sonic spanners and come after me, let’s just remember that I am admitting that the show is amazing. Can we remember that before you chase me with pitchforks?

All I’m saying is that there’s going to come a time, maybe not now, but soon, when we’ll have to let Community go. As long as we remember to take Chloe’s advice and walk away from the past, instead of clinging as hard as we can, we’ll be fine.