Pilot Season: 666 Park Avenue (Campy with a Dash of Horror) 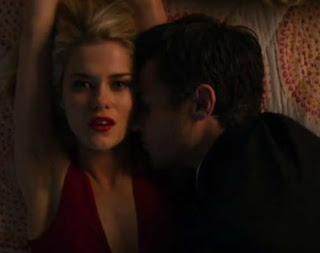 There is a certain division in horror, one that I think most people are reasonably aware of, even peripherally. There is high horror, like The Ring or Rosemary’s Baby or The Shining.

And then there’s camp horror, like Evil Dead and anything by Roger Corman and Fright Night. 666 Park Avenue falls into this second category. It’s so, so camp.

Which is, frankly, fine. This is a show that airs on ABC on Sunday nights after Once Upon a Time. Camp, my dear, is perfect. But before we get to all that, let’s run down the show particulars.

666 Park Avenue is an hour-long about an evil building. Essentially. Rachael Taylor (of last year’s flop Charlie’s Angels) and Dave Annable (didn’t care) play Jane and Henry, a cute couple just moved to New York. They need a place to stay while Henry works for the Mayor’s office, and Jane looks for an architecture job. Awww.

Anyway, into their lives looms The Drake, a behemoth of a building run by the mysterious and creepy Gavin and Olivia Doran (Terry O’Quinn and Vanessa Williams). The Doran’s offer Jane a job as the building’s resident manager, a sweet gig that comes with a dreamy apartment and possible work on the renovations. 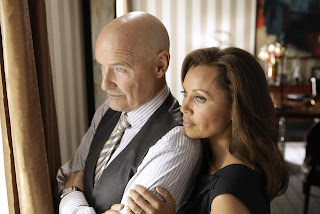 Obviously, though, things are not as they seem. The Dorans are Evil with a capital E, and out for Jane and Henry’s souls. All the people who live in the building are under their control, and sometimes it seems like the building itself is enforcing the contracts. In fact, in one memorable scene, we (SPOILERS) learn that the building itself is actually made of the souls of the damned. Which is cool. Gross, but cool.

Like I said above, this is camp horror at its finest. Yes, it’s a little silly to watch Rachael Taylor wandering around clearly suspicious hallways in her jammies, and it’s ridiculously silly wondering why the elevator is trying to kill that lady, but the show works. It works because you have no freaking clue what is going on with most of the characters at any given time. It’s character-based camp horror, and I enjoy the crap out of it.

What primarily sells the show, of course, is the performances. O’Quinn and Williams sparkle as the pair of evil socialites. They steal every scene they’re in, which is fine, because Taylor and Annable, nice as they seem, aren’t really up to the business of anchoring a show yet.

It works. It’s fun and it works. 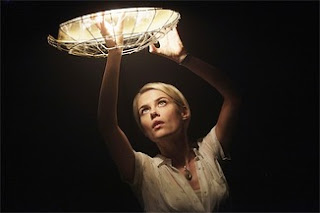 In contrast to that other prime-time horror show, American Horror Story, which I am aware has been moved from FOX to FX, 666 Park Avenue doesn’t rely on sex thrills to make the show spooky. That was really my problem with AHS, seeing it focus solely on our ability to be grossed or freaked out by some super-kinky sex. I’m not saying it wasn’t freaksome, I’m more saying I was insulted. Try harder, please.

666, however, doesn’t seem to be trying harder, and I don’t much mind. It ultimately comes down to the attitude of the show. ABC is clearly going for a soapy, fun, spooky hour of television that titillates and tantalizes. Not too scary, but not too nice either. It’s a good mix, and perfect for the network.

Also perfect for the network is the gender parity on the show. Jane is the more prominent character out of Henry-and-Jane, which is helped by Taylor’s general doe-eyed innocence. Her scenes with Williams are fun because the two actors really couldn’t be more different. And, as always, I enjoy the crap out of a show that effortlessly breezes through the Bechdel Test.

I’m not saying that 666 Park Avenue is the perfect show, or even that it’s your cup of tea. It’s camp horror with a dash of nighttime soap mixed in, which isn’t a super common tea. But it’s fun, and it’s well done. So, you might as well try.

It’s not like it’s going to cost you your soul or anything.