Pilot Season: Beauty and the Beast (Better Not Get Cancelled) 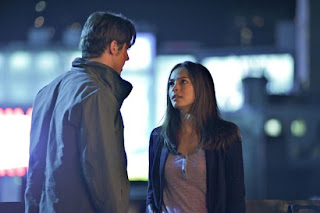 Okay, in honor of the fact that I didn’t post anything yesterday (which is terrible and shameful of me, clearly), I’m going to post two articles today, and backdate one of them. I tell you this mostly for my own conscience, but suffice it to say that my life is a hell of a lot busier now that I’m in the states. I hope this won’t be a regular thing, is all I can say.

So, on to today’s televisual wackiness.

Beauty and the Beast is a really obvious show concept that has been converted before. The previous incarnation was a Linda Hamilton – Ron Perlman eighties stunner, with some epic makeup and apparently a very touching love story. That’s nice. This version has Kristin Kreuk and some dude (Jay Ryan), an overwhelming conspiracy, and some classy detecting.

Basically, the show follows Catherine Chandler (Kreuk), an NYPD homicide detective who is haunted by her mother’s death nine years ago. She’s a little embarrassed because when the killers went after her, she swears she was saved by a “beast”. So clearly we know where this is heading. 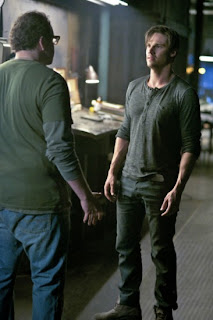 In the present day, Cat is a no nonsense girl with an irritating predilection for terrible boyfriends. We meet her as she’s in the process of getting dumped, and I have to say that it was a great character intro. She handles it realistically and well, but also with a snark and vindictive streak that give her just enough flaws to be interesting. Good job, show.

The pilot episode involves Cat working on a case of a murdered fashion editor. As she’s going through the evidence, she find’s a dead man’s fingerprints on the victim. Said dead man is Vincent Keller, who was KIA in Iraq in 2002. Except he wasn’t. He’s apparently still alive, but was the botched product of a supersoldier experiment in genetic mutation. It’s half Captain America, half Hulk, and entirely Dark Angel. No, but seriously though, it’s straight up the plot of Dark Angel.

When the experiment failed, special ops went in to eliminate all the soldiers associated with the program. Keller escaped, but he’s been hunted ever since by this special branch of the military. So he’s hiding out in a warehouse with his best friend JT, and casually saving people from crimes and stuff. Oh, and when his adrenaline goes up he looks all weird and his voice gets reverb and he throws stuff. Eh.

Parts of the show, like Keller’s obsession with Cat and his really lame transformations are a little stale. The conspiracy theory aspects are interesting, but like I said, they were done better in Dark Angel, which is a really awesome show that I should totally talk about sometime. 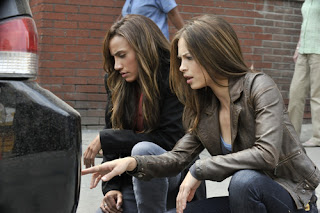 Mostly, my favorite thing about this show is how many super cool female characters it has, and how ethnically diverse the show manages to be. There’s Cat herself, her partner Tess (Nina Lisandrello), her mother (who appears in flashback), that chick from the opening sequence, the assassin, the people in her case – even though some of them aren’t major characters, the show is slanted towards a fair and solid portrayal of women, and women of all backgrounds. I love it.

As a character, too, I love how Cat isn’t just the perfect good-two-shoes who’s going to save the beast with her feelings and prettiness. She’s a legitimately screwed up person who makes terrible choices and doesn’t always regret them. She’s reckless, silly, and really understandably hostile. And she isn’t stupid! Sure, she chases a shadowy figure into a subway tunnel and nearly gets run over by a train, but when Vincent saves her, she immediately asks him why he was running away and if he killed her vic. She’s suspicious, and she has every right to be.

In short, I like this show and it’s giving me life. Life and the hope that someday I won’t be surprised by a female action protagonist who is comfortable with her own femininity, can totally kick ass, and doesn’t have to be some daddy-issued wreck to do it.

Would that dreams came true.