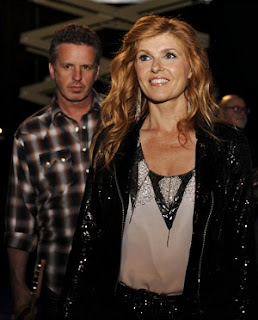 Just so you know, as I type this, I am hunched over like Quasimodo with a kitten lying on my neck. It’s very uncomfortable and unforgivably cute. And, for the record, the kitten’s name is Mjolnir, because you just can’t lift her once she lies down.

Anyway, onwards to our business for today. Nashville is the last pilot we’re going to be covering (yes!), and while we’ll mop up with a few more returning shows, pilot season has officially crept to an end. Finally.

Sadly, this was not the best way to end it. While I really enjoyed the Grey’s Anatomy-lite medical shenanigans of Emily Owens, MD, Nashville is kinda leaving me cold. There are a few reasons why.

First, though, let’s talk plot. The show follows Rayna James (Connie Britton, a surprisingly good singer), a faded country music legend, as she gets ready to go back on tour. Tickets for her tour aren’t selling as well as the label would like, and Rayna’s just not ready to give up on her career yet, so she’s been asked to open for Juliet Barnes (Hayden Pannettiere). Juliet is the label’s new big star, and while Rayna can’t stand her music, the kids love it. She’s the next big thing.

So, Rayna and Juliet are off, clashing personalities and egos. We’re clearly supposed to root for Raina in this, as she’s most definitely the more relatable character for ABC’s demographic (hard working momma and talented worker being pushed out by the young upstart). Juliet has a surprising amount of depth for a character who is basically just “the bitch”, and the overall plotlines have some complexity. 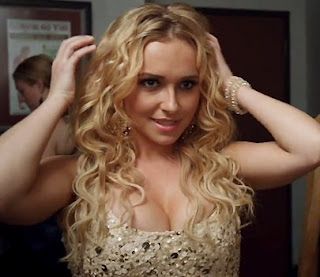 Rayna is conflicted about continuing her tour and missing the holidays with her daughters. She’s emotionally invested in her guitarist, and pretty much having an emotional affair with him. Juliet is trying to seduce that same guitarist away from Raina and into her own band, while she sleeps with their mutual manager. It’s all very soap operatic.

Oh, and Rayna’s father is manipulating her husband into running for mayor of Nashville, and Juliet’s mother is a drug addict constantly calling for money. There. I think that’s everything.

Like I said above, it’s a very well plotted show. Everything is done with just enough subtlety and care that the storylines really work. Rayna is likable and strong, but Juliet isn’t a total villain even when she’s pushing out her boobs and sneering for all she’s worth. I just didn’t like it.

Eventually, with shows like this, it comes down to a matter of taste. No one can like everything, not even me. I can understand and easily see that Nashville is a good show. It passes the Bechdel Test. It has strong characters. It portrays women in a holistic and compelling light. I just don’t enjoy watching it. 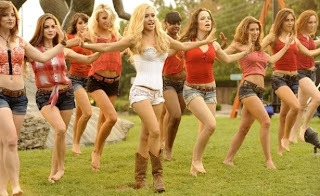 But in between, you have shows that people just like or don’t like. The objective value of something rarely has any impact on the subjective opinion of it. I love Teen Wolf and can barely sit through an episode of Mad Men without wanting to pry my eyes out. I know that Mad Men is better written, acted, and directed, but I just like Teen Wolf more. My subjective tastes lean more towards the shirtless guys running around the woods playing werewolf. And that’s okay.

During Pilot Season, I think a lot of people (myself included) tend to forget about how subjective this all really is. I might think that Arrow was a little cliché, but Beauty and the Beast was phenomenal, but I have friends who very much feel the opposite. That’s fine. Actually, it’s more than fine. It’s great.

Diversity of taste and opinion is what’s given us our current diversity of media. There are hundreds of channels offering thousands of shows that will be watched by millions of people. Of course we can’t all agree!

So, no, I didn’t like Nashville. But that doesn’t mean you won’t. And I hope that, if what I’ve described sounds good to you, you won’t let my bad opinion steer you away.