There's Nothing Wrong With Being a Girl (The Abhorsen Trilogy) 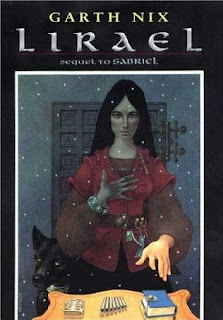 With Pilot Season finally over, I think it’s time we dove back into that other form of media that we’ve been casually ignoring for while. Books. Remember books?

Specifically fantasy and sci-fi books. Now, some of this is my own personal preference. I make no excuses about the fact that I like my stories full of dragons and spaceships, and I like to think you’ve probably gathered that by now. But there’s another reason we’re going to focus on some speculative fiction for while here, and that’s simply that this is the area that traditionally has the most problems portraying women.

It doesn’t seem fair, right? I mean science fiction and fantasy are actually both poised to give us some of the most amazing female characters, because they aren’t bound by the strictures of our actual culture. That’s how we ended up with Xena, Buffy, and Ripley. Or Elena (the Bitten series), Alana (Lioness Quartet), and Nimisha (Nimisha’s Ship).

Without the strong ties of our own societal heritage holding us back, there’s no reason why books and comics (and really speculative fiction of all kinds) can’t give us a more compelling view of female behavior, and one that just so happens to involve lasers and spells.

Which is why it sucks that this is almost never the case.

For some reason, most science fiction and fantasy heroines are more in the damsel vein than anything else. Oh they may pick up a sword and swing it around for a while, but like Bella Swan (and really, has anyone ever been more of a doormat?) they’re just sitting around waiting for their boyfriends to save them. Blech. 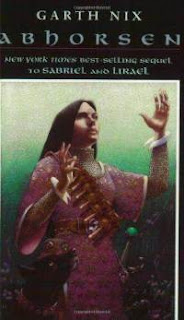 And it’s not like being a strong female character is going to stop you from getting the guy or being all pretty. This is fantasy. At the very least, we should get to finally have it all.

That’s where the Abhorsen Trilogy comes in. Actually, as of 2013, it’s going to be a quartet, and I am super pumped for that day. But I’m getting ahead of myself. The Abhorsen Trilogy, written by Garth Nix, is a series of fantasy books that follow the exploits of the Abhorsens, magical anti-necromancers who fight against the evil encroaching on their home country.

Like Slayers, there’s really only one Abhorsen at the same time, or at least one active one. Our story starts by following Sabriel, who is the current Abhorsen’s daughter. When her father is taken by evil forces, she must travel across the country to take up his mantle and save the kingdom. It’s all very magical and cool. Sabriel is fighting against the evil dead by putting them back to rest. She uses bells. It’s a really cool magical system.

What concerns me more than the sheer awesomeness of the books, though, (but don’t forget that they are super awesome) is that Sabriel as a character is well-rounded and compelling. She doesn’t have all the answers, but she is interested in finding them out. She’s willing to fight for her father. She’s afraid. She doesn’t know what she’s doing. She’s going to do it anyway.

She falls in love. 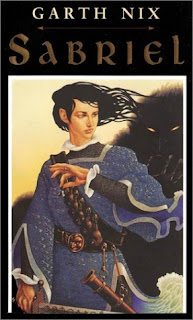 Sabriel’s love interest isn’t interested in keeping her safe, because he knows that she is actually much more likely to keep him safe. And it’s true. Her journey includes saving him, the last of the royal line, in order to defeat the evil Kerrigor and bring the kingdom back to life. Her strength as a character isn’t incidental to the story, it is the story.

And that’s important. Sabriel’s personal strength doesn’t just affect her love story, it’s what carries her through the book. It’s this strength that makes her interesting, and that makes her a character we want to root for. It’s what made me want to read the book in the first place.

It’s so easy when writing a female sorcerer character, one who works primarily with words and spells, to make her physically weak, or frightened, or otherwise “girly”. Now, I have no real problem with girly things, but I resent the idea that fear and inaction are inherently feminine, and that magic is a coward’s way out.

Many kudos to Nix for writing a form of magic that is a battle and yet somehow beautiful, brings up a lot of philosophical questions, and never lets you think that the caster is anything but spectacularly brave. Fighting against evil shouldn’t be easy, but that doesn’t mean the people doing it shouldn’t be awesome.

And there’s nothing to say that you have to be a wimp in order to get the guy. Nothing at all.