Does It Matter If Writers and Directors Are Good People? 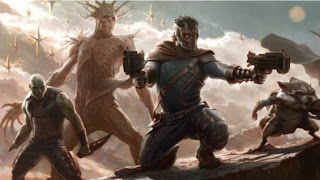 Today’s article is less analytical, and more just musing. The question I feel the need to pose is this: what responsibility do authors, actors, and other content creators have to act as the arbiters of culture? Okay, I get that this seems like a lot, but I think we can unpack it pretty easily.

This thought has been coming up for me over the past couple of days as a result of two separate events. First, James Gunn was announced as the director of the upcoming Guardians of the Galaxy, a Marvel Phase 2 movie. And, second, John Green, author of The Fault in Our Stars among other things, was voted “Favorite Author” in Entertainment Weekly’s Entertainers of the Year Awards.

I am aware that these seem like totally disparate events. Don’t worry. Have I ever steered you wrong before?

The reason I even care about who directs Guardians of the Galaxy at all (I’m not much of a director girl, I tend to care more about the writers) mostly has to do with the setup of the franchise. Guardians is one of the few Marvel franchises (or any comic franchises) that consistently has at least two women on the team at any given time. Now, granted, they also have a talking raccoon on there, but still.

I’m invested in this movie and the way that these female characters are portrayed, because this could set a strong precedent for Phase 2. We haven’t yet had a standalone female superhero movie in the Marvel master plan, and I would desperately like one. With the introduction of some unique and largely unknown characters in Guardians, there’s room for a breakout hit. Which would be awesome. 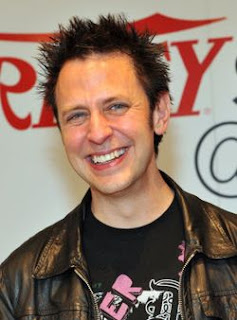 So imagine how disappointed I felt when I discovered that James Gunn is not the next Joss Whedon. Oh no. He’s is a right berk. By which I mean, the guy’s an asshole.

Back in February 2011, when Guardians was but a gleam in Marvel’s eye, James Gunn posted an article to his webpage listing “The 50 Superheroes You Most Want to Have Sex With.” This article has since been removed, but thanks to the internet, we can still read it, and trust me when I say that it is one of the most offensive things I’ve ever seen. Ever. I don’t even have a joke about that.

I’m just going to quote the Huffington Post here, because I just can’t. No.

Now, some people have pointed out that Gunn is well known for his wicked sense of humor, and even Whedon himself thinks that Gunn will be a great director because he has such an “off the wall” take on comics. But I don’t think the ability to make racist sex jokes has much to do with an ability to move a camera around, do you?

Which brings us to our larger point. Should we care?

James Gunn is a total scuzzball, I think we can all agree on that, but will that in any way affect his ability to direct the Guardians movie? This article had already been posted online when he got the job. The people in power seem confident that, horrible tendencies aside, he’ll do a good job. So what right do we have to be upset about stuff he said or things he did that are unrelated to his ability to do his job? 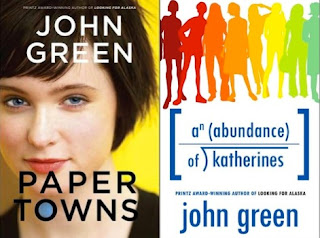 In order to answer that, I’m going to bring us to a different example. John Green, like I said in the beginning, is having a pretty great year. His new novel, The Fault in Our Stars, spent weeks at the top of the NYT Bestseller list, he’s made Entertainer of the Year, he even sold the film rights. In fact, people got so jazzed about him and his writing that one of his older books, Looking For Alaska, even popped back up on the charts. Nice!

But what you might not know is that Green actually spent this year doing a couple of other things. And when I say a couple, I really mean a bunch. He and his brother, Hank, started Crash Course, a free online series of video lectures on World History, Biology, and now Ecology and Literature. I mean, this guy literally sat down, wrote, filmed, and produced forty-two twelve minute episodes that explain the entire history of the human race. Just because.

They’ve also worked with their organization, DFTBA (Don’t Forget To Be Awesome), to start Esther Day, a day to tell your friends how much you love them, raise money to help victims of Hurricane Sandy as well as continuing relief efforts around the globe, and used their reach to publish books, put out records, and make art. Oh, and he makes three web videos a week, while working on his new novel. Dude is busy.

Other than thinking that John Green is an excellent example of our species, though, what does this have to do with James Gunn, exactly? Well, both Green and Gunn are content creators in our culture, and they’ve taken that responsibility very very differently. To Gunn’s eye, directing is his job and anything else he does is his own stuff in his own free time, so no one can judge him for anything. Green, on the other hand, seems to believe that as a content creator, he has been placed in a unique position to shape our culture and to make it better. 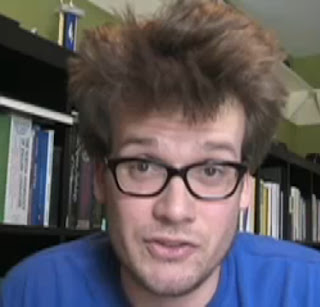 Instead of thinking of what he does (write) and who he is (awesome) as two different things, he has decided to combine them and use his influence with young people (his books are primarily young adult, but really anyone would enjoy them) to cause beneficial social change. He explains taxation policy in three minute videos. He gives life advice that’s actually useful, and he responds to viewer questions with enthusiasm and love.

And here’s the thing: John Green’s supreme excellence as a person makes me want to read his books more. He’s a good person, and, really, that makes me trust that, even if I haven’t read a book of his, I’ll probably be okay recommending it to someone. It’s not likely to suddenly descend into racist slurs or terrifying homophobia. He’s a good man, and his books reflect that.

I can’t mandate that James Gunn not direct Guardians of the Galaxy because he’s a bad person. That would be judgmental and probably illegal on my part, and awfully narrow-minded. But I will let it color how I view the movie. I’m a little less hesitant to be excited about this film now, because I don’t trust his perception of the world. When he posts incredibly offensive stuff in the name of comedy, I start to think that this is how he views the world. And that makes me worried about how his movie will turn out.