Firefly and the Audicity of Optimism 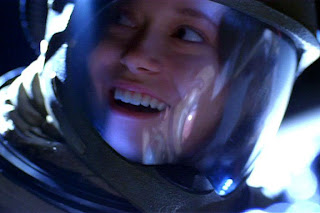 It has now been ten years since Firefly aired, and I think we’re all starting to feel a little bit like Nathan Fillion’s face. It’s crazy how much has changed since the show was cancelled. First there were tears, then there was a petition and a movie, then there were rumors, but now there seems to be just an acceptance that it’s gone and it’s time to move on, and a feeling that at least we were better people for getting what we got.

It certainly doesn’t hurt that in the intervening years, most of the cast has gone on to do some pretty awesome stuff. Nathan Fillion is on Castle now, and showed his face and pecs in Dr. Horrible’s Sing-A-Long Blog. He and Sean Maher will be appearing in Joss Whedon’s Much Ado About Nothing next year.

Morena Baccarin is tearing it up as Jessica Brody on Homeland, and made some interesting choices as an evil alien on V. Alan Tudyk continues to be ridiculous and amazing, most recently as the voice of King Candy in Wreck-It Ralph and was a master villain on Dollhouse. Summer Glau was a Terminator for a while, and now she guests on Alphas. She’s pretty much the patron saint of nerddom these days.

Jewel Staite has dabbled in most of the SyFy shows, from SG: Atlantis to Warehouse 13, and Gina Torres is currently strutting around Manhattan in Suits. Adam Baldwin growled at Chuck for five seasons on Chuck. Ron Glass has dabbled around in Death at a Funeral and CSI: NY. Heck, even Joss Whedon isn’t having too bad a time of it, as noted by that whole Avengers thing… 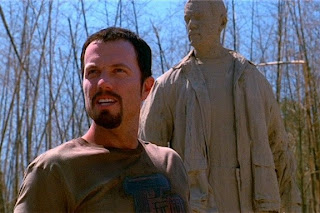 So even though it’s time to move on, I do want to go back, just for a second and look the show we’re leaving behind, because it really was good, and it really did change our lives. And that’s okay.

Firefly was a short-lived TV series that essentially transposed the idea of a Western and put it in space. With spaceships. And cows.

Our heroes were the crew of the Serenity, an outdated spaceship operating just at the bounds of civilization and the law. They were cultural renegades, the remnants of a lost civil war and constantly running from the government. They were low tech spacefarers, which seems like it should be an oxymoron, but actually was pretty cool to see.

The ship was captained by Malcolm Reynolds (Fillion), a former soldier in the war for Independence, who lost and had to see his home swallowed up by the Alliance, a grim and pessimistic view of what the Federation (from Star Trek) could be. He just wants to be free, so he and his XO Zoe (Torres) find a boat and start smuggling, getting as far away from Alliance control as they can.

Along the way Zoe gets married (to Tudyk), they get a mechanic (Staite) and a mercenary (Baldwin), and pick up a paying fare who happens to be a prostitute (Baccarin). And then, as the show starts, they grab two siblings on the run from the government (Maher and Glau) and a wandering preacher (Glass). It was a motley crew of weirdos, and we loved them. 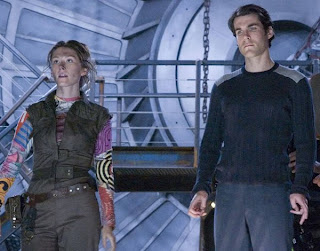 Okay. That’s what the show technically contained. But why did we like it so much, and why was it so influential?

I have a theory about that. I don’t think we fell in love just because Mal was dreamy, or because it made being outlaws seem like fun (it didn’t), or even because we associated ourselves so easily with the crew, and by extension, the Browncoats of the failed rebellion. I think we loved the show, and still love it, because it tells us how to live.

Firefly, at its heart, is all about hope. While the general premise is pretty freaking pessimistic (humanity destroyed Earth and has been flung out to the stars, where a totalitarian government dominates the galaxy), the actual storylines tell us so much about how to hope, why to hope, and what hope can do. And that is freaking revolutionary.

But more than just being about hope, Firefly is about cautious hope. About a hope that is fully aware of reality, and still capable of changing the world. In the movie, when the crew finds out that the Alliance created a terrifying menace then covered it up, when they discover that the government will do anything to kill them and especially River, and when they find that Book and his whole home have been destroyed, there isn’t any sunny rose-colored explanation of how this is just fine and the world just needs a minute to right itself. It is hard and people pay a cost. A high cost. 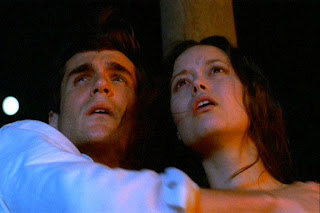 But it’s good. Just because some people died, and it was hard, and they nearly lost everything, that was no reason not to hope. There was no reason not to continue on and try to change the world, even if it was freaking impossible and they thought they’d all die in the process. They did it anyway.

That? Is real hope.

Star Trek is often held up as the paragon of hope in science fiction, as is Doctor Who, and while both of those are amazing, I think they both have a tendency to simplify things a little too much. They make hope and faith too easy. They don’t show the cost. Now, Doctor Who has gotten a lot better about this in recent years, but it’s still a show that lets you believe that there is always someone to save you, that though the danger was fierce, you were always going to come through.

Firefly doesn’t do that. The fire is fierce and you’re probably going to do. That’s okay. Keep going anyways. That’s a message that is ridiculously hard to give, and it’s freaking amazing that they did it. No other show could get away with a character like Kaylee, who is cheerful, sweet, optimistic, and yet completely convinced that she will give her life for her beliefs. She nearly dies a few times during the show. An inordinate number, really, and every time, she understands that it’s less about her and more about all of them. Kaylee is hopeful, but realistic. She knows she could die, and she keeps going anyways. 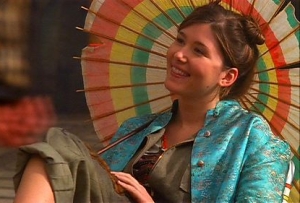 Kaylee is the kind of character we don’t really get to see too often, largely because of our own hangups. She’s sweet and girly, but also a mechanic who works with her hands and is considered to be one of the best in the sky. She openly longs for Simon to notice her, but doesn’t want just a sweet handholding, she wants sex. She begs for a frilly dress, then talks about engines while she wears it. Kaylee believes in a better future, but that doesn’t make her ignorant about her current situation.

The show only got thirteen episodes, and then a movie that most people didn’t watch, so it’s a little hard to explain why it hit us all so hard. I mean, when you think of cult pop culture phenomenon, Firefly is pretty high on the list. And I think it’s because of hope. These days we don’t have the liberty to ignore our circumstances or the situation in the world. We can’t just believe in a beautiful Star Trek future. That’s why we’ve got so many shows on TV right now about the end of the world. We’re scared.

And that’s why we need Firefly. Because being scared and being hopeful aren’t mutually exclusive, and if we remember to hope while still understanding where we are, then we can be big damn heroes.