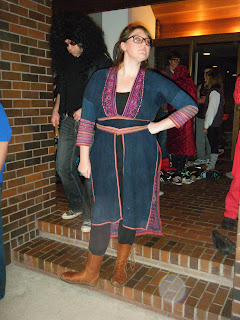 So, last night was Halloween, and this morning can officially be dubbed Hangover Appreciation Day (HAD). Not that I actually have a hangover. No, I have a sugar-over, but no actual booze was involved in my celebrations last night. Just a lot of candy and excitable people.

This year, like all years, I went as a pop culture in-joke. Well, more specifically, I went as Talia al-Ghul from the end of The Dark Knight Rises, which shouldn’t be obscure, given how many freaking people saw that movie, but was anyways.

Okay, my point here isn’t that I had to go around all night explaining what my costume was (even though I did), it’s that on any given Halloween, most people have the same impulses towards their costumes. They may not all dress the same, but chances are you’re going to get a lot of references to movies that just came out, movies that came out a while ago but have been dubbed cool recently, and a lot of people wearing stuff just because they think it looks good.

But this race away from originality (true originality) is a pretty common thing in our culture. And that’s not exactly a bad thing.

We like things that we can share with each other. Hell, I do it. I could have dressed up like a character I actually admire and love (Jenny Sparks from The Authority), but I am well aware that no one I know would have understood, and I wanted an in joke with them. Granted most of them didn’t get it anyway, but there’s a desire there. A desire to have something fun shared among you. 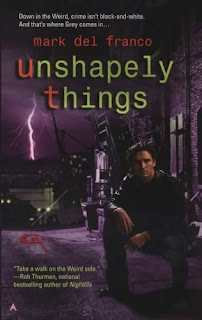 That’s largely what Halloween is about. Sharing stuff with the people you care about. And if that stuff happens to be pop culture related, then more the better. Those are stories and characters that we have as a cultural touchstone. It’s easy to do a pop culture costume because those are ones that people can immediately get. We see it and we think, “Man! I get that! This person is awesome for wearing something that I get!”

And then the species gets propagated. Because nothing says attractive like a good Captain America costume (not sarcasm).

Anyway, my point with all of this is that we put a premium on originality a lot of the time, ignoring the fact that most of our favorite things are our favorite things because we get them. Because we had a cultural context with which to understand them, and because they are not original. Not totally.

Okay. I do have a larger point with all of this: Originality is good, but only up to a point. Once you’re past the threshold, it stops being original and starts being just weird. And that’s not good either.

I present, as arguments, two books that I read recently: Elphame’s Choice, by P.C. Cast and Unshapely Things, by Mark Del Franco. Now, I’m going to spoil the ending and tell you that one of these books I hated, and the other one I loved. But which one, oh which one?

Elphame’s Choice is a female protagonist YA fantasy that follows Elphame, a mystically chosen faun, through the world of Partholon. The daughter of a centaur and the “Beloved of the Goddess”, Elphame has grown up knowing she was different and knowing that the Goddess wanted something special for her. The whole book is about her coming to accept her self and her speshul powers, so that she can rise above into her Mary-Sueness and save the day.

Okay, I never said I was going to make it hard for your to guess which one I liked.

By contrast, Unshapely Things follows former druid Connor Grey as he tracks down a magical serial killer in downtown Boston. There are rude fairies, elves with Nazi sympathies, and an incredibly complicated, albeit original, magical system. Grey has to find out who’s killing fairy prostitutes, officially the lowest of the low even in a city as comfortable with the Fey as Boston, and make sure he doesn’t die in the process. Oh, and he doesn’t have any magic anymore. So there.

Unshapely Things takes the tenets of urban fantasy (magic, fairies, cities) and uses them for something completely different. You can’t say this is a Dresden Files knockoff, because aside from both having similar bases, they really have nothing in common. It’s familiar, but it’s not old hat.

Elphame’s Choice, though, builds everything from the ground up. It’s not just a new magical world that we’ve never heard of, it’s one inhabited by magical women, goddesses, and centaurs. Oh, and our main character is weird here. Despite our knowing nothing about this world, we know that she’s different. And magic. Extra magic. And chosen by the Goddess who, despite the pantheistic society, is the most specialist Goddess.

Elphame’s Choice is trying too hard to woo you with its originality, and in so doing completely loses track of the things that we find relatable in a story. We want a story to be strange, definitely. But we want it to be strange in a way that we recognize.

See what I did there?