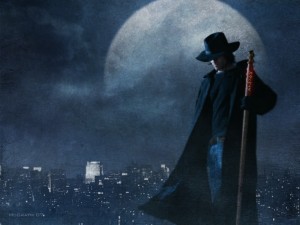 I’m not quite sure what to think here. I mean, surprising though this may sound (it won’t sound surprising), I don’t spend a whole lot of time thinking about male representation in the media. So it came as a bit of a shock today when I finished reading Unfallen Dead by Mark Del Franco and realized that his protagonist, Connor Gray, was going the was of Harry Dresden from The Dresden Files. By which I mean, Connor’s life just gets progressively worse in every book, and it’s mostly his own freaking fault.

This is interesting. This doesn’t really happen to female protagonists in Urban Fantasy books, but it does happen to the men.

While straight up Fantasy is all swords and sorcery and far off lands or medieval-ish settings, Urban Fantasy is set in our world, only with a twist. It’s the modern world we know, except there’s magic. Sometimes we know about the magic, sometimes we don’t, but the magic is there.

Urban Fantasy novels, then, usually involve a character who is aware of the magic world or becomes aware of it in the in the first ten pages of the book or so, and then is forced to deal with some outsized villain or the magic secret getting out, or some other obstacle that can really only arise in a world like this.

More than in other genres, there’s a lot of gender parity here, with many protagonists being well-rounded female characters, and a wide variety of worlds and plots to choose from, so it’s really not surprising that this is one of my favorite genres to read. 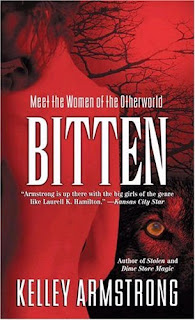 But because of this higher level of gender parity, I’ve spent most of my time complaining about the heightened sexualization of female protagonists, like Anita Blake in Laurell K. Hamilton’s books, who sleeps with pretty much every single male character at least once, and there are a lot of male characters. Or Callie in the Death’s Daughter series, who is more obsessed with her own lovelife than she is with being Death incarnate. And of course Elena, from the Bitten series, who just has a lot of sex that is described very thoroughly. Good series though.

What I failed to notice is that the men in Urban Fantasy books are actually having a hard time of their own, and it’s a hard time that is very specifically male. What do I mean by that? Well, let me exlain.

Characters like Connor Gray and Harry Dresden are the mainstays of Urban Fantasy for men. They’re usually magic users of immense power who, for whatever reason, are stigmatized from the overall magic community, and forced to live on the outskirts. For Connor, it’s because he’s lost control of his magic, and for Harry it’s because he killed someone in self-defense once, and his magic has a really low tolerance for that sort of thing.

Now, on the surface these guys are like any other subset of male oriented fiction: they’re hardboiled investigators who spend their days and nights trying to help the less fortunate, only finding that their best efforts are usually counter-productive and that the women around them will either never return their affections, or will die. Usually die. A lot.

It’s a weird thing to look at, but most of the male protagonists in stories like these have really awful lives. I mean, really, really terrible. They start out bad, because a character needs to be sympathetic, and then only get worse with each successive volume. Connor starts out as a slightly unhappy un-employed Druid, and ends up by only the third book being arrested, under investigation, trapped in the realm of the dead, and nearly dying a quarter of a bajillion times. Also his girlfriend nearly dies, is arrested, and is subject to her own world of issues. Though I do want to say that Meryl is fabulous and I like her a lot. 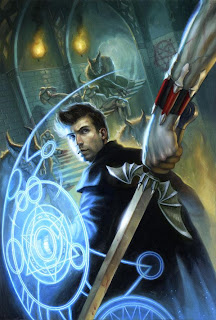 Harry has to deal with his possible impending Doom, his apartment getting blown up, having to kill his ex-girlfriend, being forced to swear allegiance to someone he hates, getting an evil demonic entity attached to his brain, and all sorts of other nasty stuff.

Why? Why does this sort of stuff happen to them, when it really, to a large extent, doesn’t happen to the female protagonists? (They’ve got their own problems to deal with?)

Well, a lot of it comes down to escalation. With these characters, the writers started them out on a downward slope because they wanted Connor and Harry (and the countless other characters just like them) to be sympathetic. And it worked! Great job. But then they had to increase the stakes of the story, and to do that, they had to threaten parts of their characters’ world. Which means more crappiness raining down in the lives of our boys. And then of course there was a boss fight, which means really high stakes, and so on.

The important thing to remember, though, is that these books are in a series, which means that every book feeds into the one after it, and you can’t do the same level of intensity each time. Instead, the stakes have to keep getting higher, and your character must get both more powerful and more miserable. That’s how it works.

You can see this pretty easily in the show Supernatural, where every season the boys fight something more powerful than the last, and after a while it just gets weird. How are you supposed to top the apocalypse?

So that’s what is happening, but the real question is, why is it just happening to the guys? Now, I want to remind everyone that I am speaking generally. There are female characters who end up on a steep downward slope of crap, but for the most part it’s a male thing. And I think this is because of the way the audiences are perceived. 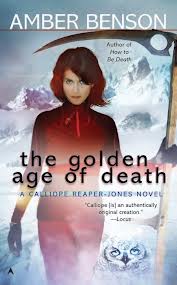 Female books are written for a female audience, whereas male books are written for a global audience. It’s a fact, but it’s a crappy one. What this means, though, is that books written for a specifically female audience tend to take different things into consideration. They focus more heavily on romance, for instance, and there’s a lot fewer cases of the love interest dying off. Why? Because women are, on the whole, more interested in reading about a continuing relationship than a bunch of disposable one offs. (I know I’m more interested in character development. Just personally.)

As a result, they can’t really do the downward slide of suck. Sure the female characters get more powerful every book, and the stakes get higher, but there’s also likely to be a larger cast of characters in every book, as the allies that the protagonist made in the last book are added to the ones from this book, and so on. The books tend to focus more on community and the epic battle than on one lone descent into awful.

And this is okay. I actually prefer it this way. What makes me sad is that the male books insist on making things the other way, because it says a lot about how we view masculinity.

The characters in these books are all man, but they’re also really solitary creatures. They are left to fight the fight alone, usually, and they have to battle to keep even one good relationship in their lives. They are rarely allowed a break in between battles, and there’s no sense of communal support or epic warfare, just usually a lone crusade. What that says is that we (or at least the people writing these books) believe men must go it alone, and that at the end, they will always be forced to face their demons on their own.

I could just wrap this up by saying that what Harry Dresden really needs is a hug (which is true), but I do want to linger on this larger point. We focus a lot on the ways that female culture needs to be more like male culture to succeed. That women need to be more ruthless and less emotional and tougher. You see that a lot in the female characters who wind up anchoring action franchises and television shows. But rarely do we recognize that male culture could do with a bit of femininity. That it could do with some community and gathering together and communication and freaking love. There should be more love. Generally.

We spend so much time getting mad at people for misunderstanding women in a male perspective that we forget to examine men in a female perspective. And until we do that, we aren’t going to make any progress at all.