Okay, so you were going to get a rant today about how I can’t stand the supposed “War on Christmas” almost as much as I can’t stand most of the traditional Christmas specials – I don’t care how rude I sound, the 1960s Rudolf is freaking disturbing – but it was starting to sound psychotic even to me, so instead we’re going to talk about a book I read on the plane!


I mean, it’s not just a book I read on the plane. It’s by an author who I thought we’d get around to talking about someday. As of fall 2011, Mr. Pratchett had written thirty-nine novels set in the Discworld universe, which is not to mention all of the appendices, companion books, and short stories he’s crammed in there too. I think it’s safe to say that by sheer numbers, we were going to get here eventually.


What I’m saying is, there are a lot of them, and they’re good. For the record though, the books are good and you should read them. There’s something there for everyone and I guarantee your library has a couple.


The Discworld is an imaginary world (maybe) that sits on the backs of four elephants, all of whom are standing on the back of A’Tuin, the great world turtle. The world is a disc, obviously, populated by a people who look oddly similar to us. Act like it too.


The series itself follows dozens of characters through hundreds of storylines, but the simplest way to explain it here is that it’s satire. While the stories themselves are compelling and affecting on their own, as seen in Commander Vimes’ growth from a surly alcoholic nightwatchman to a lovable if gruff Duke, they also comprise strong societal critiques, like Small Gods and the explanation of extreme religion or Making Money’s insightful expose on the monetary system.


And this is good. Very good. It makes the satire palatable, because you care about the characters, and the characters more biting because you love the satire. Occasionally one of the books will go too heavy on the satire, or not heavy enough, but at that point you’ve probably spent enough time in the world that you don’t care and can just pick up another volume. There are, after all, nearly forty. 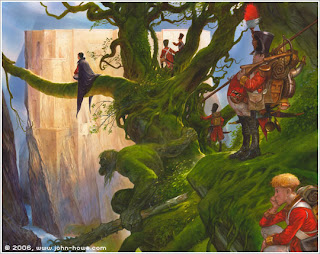 Monstrous Regiment is somewhere in the middle of that forty, and suffers the dubious distinction of being mostly independent of other storylines. While it does feature cameos from Vimes and Angua (who are in most of the novels in some way), the actual plot concerns the fate of Borogravia, a small war-like country in what is basically Eastern Europe. Ish.


Borogravia is at war with its neighbor Slobenia again, and as this is the sixth such war in living memory, not counting all the other wars they’ve had with other neighbors, the army recruiting is getting pretty slim. In comes Polly Perks, a clever girl who wants to find her enlisted brother and drag him home from this whole mess to help tend the family bar.


Obviously, she has to dress up as a boy and enlist herself to do this. It’s how fiction works.


The clever thing in this book, the thing that makes me actually want to talk to you about it, isn’t that she dresses up. (SPOILERS) The clever bit is that every single one of the other lads recruited with her is also a girl. All of them. Down to the troll.


In a way, it makes sense. Borogravia is a country so enamored with war, that it seems likely the women would be interested too, as well as the way the war has removed all eligible men from home already. And all the men at home are already veterans. 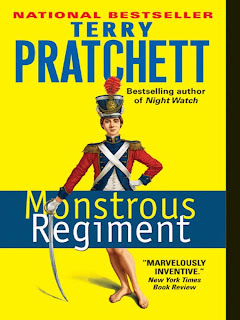 As the book goes through the story, the “lads” prance and strut and slowly realize that everyone else is faking it too, until the reader realizes that the only men in the whole company are the officers, Blouse and Jackrum. It creates a bit of a confusion for the girls, who have each enlisted for their own reasons. Polly’s looking for her brother, while Shufti wants to find her babydaddy, Tonker and Lofty just wanted to get out of town, and Wazzer is the next Joan of Arc. I mean, if all of them are women pretending to be men, then are there more of them out there?


This question keeps rolling through the story, as the girls go up against successively bigger enemies, defeating their opposing army several times without being discovered, and without much help from the main Borogravian force. They even go so far as to infiltrate an enemy stronghold to get their generals freed.


Which leads to the greatest scene, and the most interesting. Because when the girls free their generals, they reveal their true sex, and the generals put them on trial for infiltrating the army. Borogravia is a very traditional place, and women in men’s clothing are an Abomination Unto Nuggan, the local god. The generals are displeased. Jackrum, however, begs to differ. Because it turns out that every single general in the army is a woman in disguise. All of them. None of them realized there were so many, and all of them have been trying to act as men, to be perceived as men for decades.


They were so good at being men, they beat out the actual men.


The government of Borogravia was going broke paying for wars the army started because it didn’t want to be thought of as feminine. In fact, the further you get in the book the more you realize that there’s pretty much only two definitively male characters in the whole bloody thing.


The women pretending to be men so they could be soldiers all thought that in order to seem like a man they had to be gruff and crude and loud and want to fight. And in so doing, they created a culture where those things were revered, and the separation of the genders was exacerbated.


I don’t want to turn this into a huge political argument, or even a rant on the importance of listening to each other. That would be mean, when you’re all just getting over your food comas. All I’m going to say is that I think we sometimes need to stop and figure out if we’re all just women in men’s clothing trying to do what we think men would do so we don’t get caught, or if we’re doing this because we actually think we should.


Because those are two very, very different things.


Also this book is amazing and you should totally read it. I didn’t know you were even allowed to write books with this many female characters. Crazy! 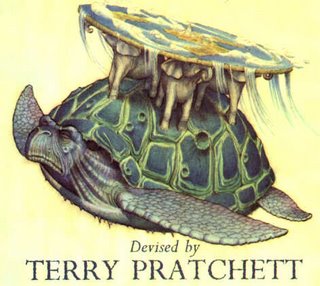