Sense and Sensibility Makes for a Good Heroine 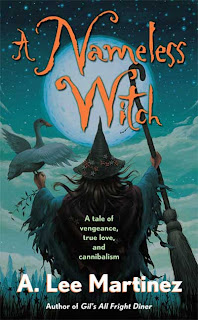 Okay, back from the wars, I think we can understand that the blog should be running properly now, so that’s for the best.


As I said last week, I’ve been reading a lot of books by the illustrious A. Lee Martinez, purveyor of unusual humor and really unique world building. The two books currently in question are Too Many Curses and A Nameless Witch. The first is about a kobold in service to an evil wizard, who is at a loss for what to do when her master dies, and finds herself struggling to control and save a magical castle full of cursed heroes. It’s very good, and quite odd.


The second is also both good and odd. It follows a slightly undead witch who has to cover up her inhuman beauty in order to be more witchly, and finds herself embroiled in the plot of an evil sorcerer. There’s adventure, knights, and a demonic duck – all very enjoyable and quite off.


But it’s not the plots of these stories that really got me. I mean, they’re good plots, there’s no denying that. But they’re also pretty easily replicated. Standard bonkers fantasy stuff. I mean, it is just off the beaten path of swords and sorcerers, but it’s still pretty standard as it goes. There’s a courageous heroine, a task too big for her, and a bunch of unusual helpers to get her through.


So why do I love these books so freaking much, and why do I have a strong tendency to judge the fantasy books I do read against everything in the A. Lee Martinez canon (he’s fabulous, really, you should totally read his stuff)?


Simple. Because he writes stories about heroes and heroines (but mostly heroines) who are, at their simplest level, incredibly level-headed. 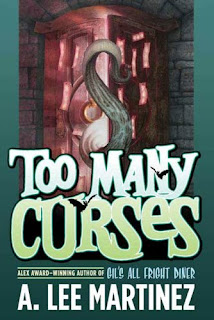 I am aware that this sounds very dull and basic, but trust me when I say that it really isn’t. It’s actually the best thing in the world.


Your average hero in any story, but especially in a science-fiction or fantasy epic, needs a quality that will get them embroiled in the plot in the first place. They have to have a reason to go on some epic quest after some stupid macguffin. After all, if The Hobbit taught us anything, it’s that most people like leading quiet comfortable lives, and it takes quite a bit to pry them away.


As a result of this simple fact of storytelling, most writers default to the easy answer. They make their hero somewhat impetuous, brash, and more than a little foolhardy. He’s very easily taunted into starting a quest, and once begun, the hero has little choice but to follow through. Since he is rather a silly person to begin with, it then follows perfectly that he’ll go about it all the wrong way, leading to mishaps and misunderstandings and a rollicking good adventure, right?


Yes, that is true. All of those things do create a story atmosphere that is sure to be pretty entertaining. But here’s the bit you might not immediately see: making your hero an idiot just in order to advance the plot isn’t actually good writing. There are much better ways to go about this.


For example, making the hero incredibly sensible. What a lot of writers tend to misunderstand is that the idiots rushing off into danger aren’t the only people who end up on epic journeys. There are also the dull, sensible folks who happen to realize that an epic journey is the best way to solve their problems. And, frankly, after years of brave idiots, I tend to enjoy a nice sensible hero as a palate cleanser. 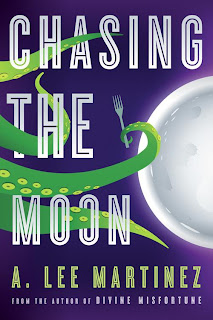 That’s where Nessie (the kobold) and the Nameless Witch come in. They are both, to a fault, sensible creatures. Nessie is, in fact, defined by this. When the wizard dies and the castle starts to come alive, Nessie’s reaction isn’t to fling herself into danger, it’s to keep on dusting and caring for the cursed creatures, and assuming that if something bad is going to happen, it’s going to happen whether she worries or not. Which is true.


It makes for a more exciting story, too. Instead of the impetuous hero and his ability to find trouble even in a bathroom, the sensible hero is forced to interact with the real circumstances already there. Because they won’t go dashing off into danger, the onus is on the writer to create a more thoughtful and complicated story to entice them. You keep reading because the sensible hero is slowly solving problems, and the problems have to get bigger in order to present a challenge.


And, of course, sensible heroes make for much better role models.


I mean, who doesn’t love the silly and troublemaking antics of a good hero? But when it comes down to someone who I’d actually like to emulate, I’d really rather be Nessie or the Witch. I want to live to the end of my story. Sure, I want adventure and epicness and heroics, but I also want to not be an idiot about it.


There’s room for both types of stories in this world. The difference is that most people don’t tend to remember that the sensible hero really is an option. They assume that anyone who goes on a quest would have to be mad, and they write accordingly. But that just isn’t true. Quests happen to anybody, and the cool thing is seeing how we all react.