Sympathy for the Devil (Once Upon a Time) 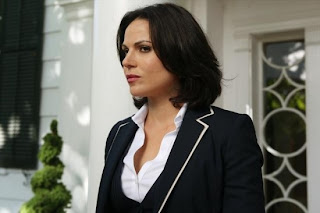 I have a bad tendency to over-identify with the villain in stories. Call it Elphaba syndrome, but some illogical part of me gets sad when there’s a well-written villain in a story, who is clearly manipulated into their evil and cannot, for the reasons of plot, find a happiness outside of revenge. It’s just so hard to write a good villain who isn’t relatable, you know?

Most of the time, though, I can keep some level of distance, and understand that while these people, or Loki, did get a pretty raw deal, their method of retribution was far and away evil and mean and horrible.

Not so with Once Upon a Time. I mean, I totally get that Regina has done some woeful wrong, but what I don’t get is how the villagers think that making her feel isolated and unhappy is really going to make that better.

I don’t really have an agenda for this, I just think it’s really interesting. And sad. Mostly sad.

In the second season of Once Upon a Time, Regina’s curse has been broken, and the people of Storybrooke are returned to their memories and happy endings. Hooray! Less of a hurray, though, for Regina, who has now lost her happy ending, again, still isn’t reunited with her beloved Daniel, and has to deal with a whole town full of people who really hate her guts. Understandably, she decides to hate them right back, until her adopted son, Henry (aka, child I want to shove in a hole, though is acting is getting a little better), begs her to stop using magic. If she does, he might love her.

Now, I have been privy to some pretty intense emotional manipulation in my time (thanks, high school boyfriend!), but that is a winner. 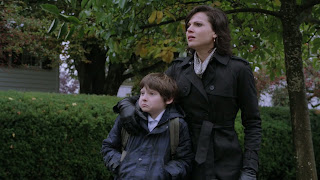 Furthermore, it’s hard to actually get where Henry is coming from here. For all that he spends the first season of the show yelling about how his adopted mother is the Evil Queen, and insofar as he is actually right, Regina’s not actually a bad mom.

She’s not a fun mom, and she does do some not great stuff, like send him off to see a shrink when she knows he’s not really crazy, but it’s less diabolical and more…smothering.

In fact, it’s hard to say what Henry’s real problem with Regina actually is, aside from the fact that she’s not his “real mom”. This disregards the part where his “real mom”, Emma, gave him up for adoption, has never had custody over him or taken care of him for any extended period, and that Regina is really a perfectly fine mother. Henry just doesn’t like her. He’s ten. It’s not the end of the world.

When you get down to it, too, most of Regina’s actions in Storybrooke (I did say most) aren’t evil so much as they’re just really bitchy. She isn’t a horrible tyrant imposing her will on anyone, she’s more of a bitch with control issues. Not a dragon to be slain, just someone who needs a bit of therapy, and a friend.

We even get glimpses back into Regina’s past to see that she was molded into what she became by a conniving Rumplestiltskin, a complicit Jefferson, and a crazy Cora (her mother). Out of all of these, we see her mother’s influence the deepest, and it’s not hard to think of how that influence poisoned Regina, forcing her to live in her rage and thirst for vengeance, instead of allowing her to seek peace.

And all of this would be fine if the narrative weren’t constantly veering all over the place with her. One minute we’re supposed to like Regina and respect that she’s looking for redemption. The next, we’re supposed to be suspicious of her motives and think that she’s up to no good. And somewhere in there we get a big dose of Cora, and we’re supposed to want to curl Regina up on our couch and give her a cup of tea. It’s all very confusing. 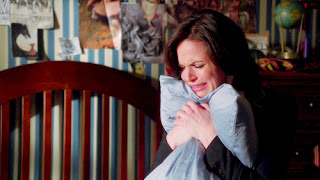 I give a lot of credit to Lana Parrilla for making Regina so accessible, and for giving us insight into every swing of her moods and temper. But I also give the writer’s a lot of blame for not allowing her to move on, and for dragging their heels with the whole redemption arc.

On the one hand, I appreciate the idea that the townsfolk are resentful and angry with Regina for freaking cursing them. On the other, I think they need to stop acting like they had nothing to do with how mad she was, and maybe consider buying her a gift basket and inviting her to dinner sometimes.

But as far as Henry goes, and he is often held up as this terrible thing that she’s done, I just don’t get it. She wanted to adopt a child, because she wanted someone to love. Is that really so bad? There are a lot of worse motives. And maybe she wasn’t very demonstrative, or happy, or even kind to her son, but that doesn’t mean she stopped being his mother. That doesn’t mean she didn’t love him, and it really doesn’t mean that we’re supposed to revile her for trying to care.

By all means make Regina the villain. She’s a great one, and she’s fantastic at every step. But don’t make her overly sympathetic while you do it, because one of these days, you’re gong to turn around and the audience will be firmly on her side of the apple orchard. And then the show’s going to get real interesting.