Growing Up Is Hard to Do (Girl Meets World) 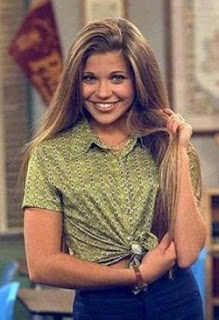 As you may or may not be aware, the epic 90s sitcom Boy Meets World has recently been given a comeback. Yes, Cory and Topanga’s daughter is returning to our screens to talk about life and boys and friendship and (hopefully, please oh please) Mr. Feeny.

But while we’re waiting to see if the show is awesome, terrible, or awesomely terrible, let’s take a minute back and look at one of the most influential (for me) female characters of the nineties. Topanga.

The nineties were a decade of “girl power”, which you could see pretty easily in your Ally McBeals and your Seven of Nines, and even in your Xenas and Gabrielles, but for those of us who were still trying to figure out how to tie shoes when the decade started, our real role models were a little younger.

They were Buffys and Sabrinas and Clarissa Explains It All-ers. But really, they were Topangas. And I will tell you why.

Contrary to the girls listed before, there wasn’t actually anything very special about Topanga. While she was very smart (our girl-geek before Hermione strolled onto the scene), and she was very pretty, she was normal girl smart and normal girl pretty. There wasn’t any big evil she had to defeat, unless that evil was the danger of failing a class, and most of the drama in her life was the normal life kind. In short, she was super duper relatable.

More than that, though, Topanga grew up. She didn’t stay utterly the same throughout the course of the show. She grew, she matured, and most importantly, she changed. A lot, even. 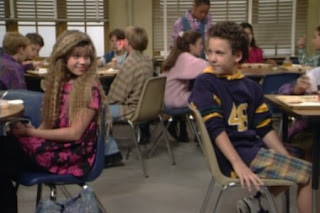 First, for those of you who didn’t hop on the Boy Meets World bandwagon, I am sad for you, and this is what it was about: kinda not that much. Basically, Cory Matthews was our hero, a bland everyman, who wasn’t as good looking as his best friend Shawn, as “interesting” as his older brother Eric, or even as sassy as his little sister, Morgan. The show started in 1993 with Cory, Shawn and Topanga in sixth grade, dealing with normal life stuff and their draconian but beloved teacher Mr. Feeny.

As a side note, Mr. Feeny was around pretty much whatever grade they were in, and while it was a little weird, it was mostly hilarious, since he didn’t seem to actually like any of them very much. The final scene of the series? Makes me cry every time.

Anyway, when the show started, Cory and Shawn were indelible best friends, and Topanga was the weird girl at the back of the classroom. She had long hair, hippie parents, and wanted world peace and stuff. Total kryptonite to the girl-averse Cory and Shawn.

As the series went on, Topanga grew out of the hippie-dippie stuff, and more into herself as a driven, intelligent girl. I mean, the kind of girl who had a poster of Hillary Clinton before it was cool, and who wore power suits in high school. That kind of girl. 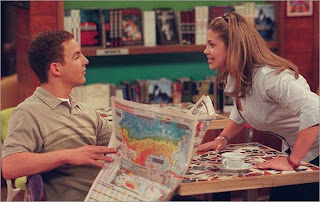 While she did enter into a relationship with Cory at some point in there, and then in and out of it for a while before they settled into true lovedom, Topanga’s value as a character doesn’t come simply from her romantic connection to the protagonist. Instead, it comes from her character development and her decisions.

She is the one who proposes at their prom, not Cory. Topanga is the one who calls off the wedding when she gets cold feet, and she is the one who becomes the top earner in their marriage when the two start out on their own. Topanga’s personal growth, though seen through the lens of her relationship with Cory, is just as important as Cory’s, and is an equal half of the narrative.

Now, why does all of this matter, if the show has been off the air since 2000?

Well, as I mentioned before, it’s getting a sequel. This sequel, set to follow Riley Matthews, the aforementioned daughter of Cory and Topanga, is in an interesting place to follow up on a show that really didn’t pull any punches. We’re used to the idea that family television has to be meek and retiring, but Boy Meets World never shied away from a tough subject. Parental abuse and neglect? See Shawn’s whole backstory. The dangers of substance abuse? Various characters. The importance of loving and respectful relationships, without which we wither and die as people? Multiple episodes devoted solely to this point. 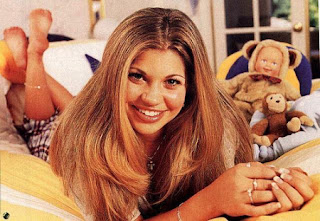 I also find it nice to note that they’ve gone with Cory and Topanga’s daughter. For starters, it makes for a much easier title reboot, but it’s also a really interesting idea. Topanga was such an outspoken and openly feminist character, don’t you want to see what her daughter is like? (Plus, it works out in real time, that Cory and Topanga could have a twelve year-old daughter by now.) I look forward to seeing how Topanga’s character is reinterpreted in motherhood. And I really look forward to seeing how the whole breadwinner situation worked out in the Matthews household.

Ultimately, what made Topanga a good character was her flaws and her changeability. She wasn't the same every season, because who is? But by presenting the idea that girls can experiment with hair and veganism and personalities while growing up, the show gave us all the message that it's okay. It's going to be okay. And that was really important.

Topanga was a gateway drug to female heroines for me in the mid-nineties. I loved her, and I wanted to be her. I really, truly hope that her daughter can do the same for a new batch of girls.