How Do You Recommend Weird Stuff? (Princess Tutu) 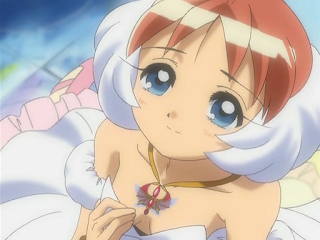 Well, first off, Happy New Year, everyone! And just when I’d finally gotten used to writing the years on this one. On a personal note, I had a lovely holiday, spending time with Elizabeth Kobayashi, our infrequent contributor (it’s noteworthy because even though we talk a lot, we’re rarely in the same state), eating homemade guacamole, and trying to introduce a friend to Princess Tutu.

In case you hadn’t guessed, that last bit is what we’re going to talk about today.

I think we’re all probably familiar with the experience. You have this thing that you love. Maybe it’s a book, or a movie, or even a videogame. And you know that it is freaking amazing. It blew your mind when you first sat down to watch/read/play it. Maybe you found it on your own and were bored enough to give it a shot. Maybe it was recommended to you. Maybe you even were thrown onto the couch and sat on until you watched the whole thing. Whatever the path, you saw it, liked it, and now want someone else to watch(/read/play) it.

Only, no one wants to.

Like I said, I am extremely familiar with this. And as far as I can tell, there’s no real cure for it. I mean, I suppose the cure would be to only ever watch things that are either extremely easy to explain (NCIS, Supernatural, Teen Wolf) or things that are popular enough you don’t have to explain them (Game of Thrones, The Wire, Battlestar Galactica). They might not be super accessible, but most people have at least a vague idea of what they’re about. 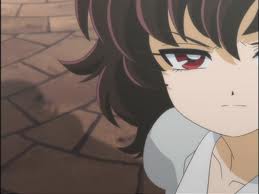 The trap comes when you fall in love with something that is both obscure and weird as crap. Like, for example, Princess Tutu. A fair number of the conversations I’ve had over the years about this show have consisted largely of the phrase, “I know it sounds stupid, but I promise it’s really great.” And it is. Really. It’s just…it kind of takes a while to get into it. Which, combined with the bizarreness of the premise, makes it a little impossible to recommend.

What is the premise of this impossible show, you ask? Well, like I said, it’s a little weird. It’s about a duck who falls in love with a prince…Hang on. I have to back up. It’s about a story. In this story there’s a prince and a crafty raven. But the writer dies before finishing the story, and the prince and the raven escape into “our” world. To seal the raven away, the prince shatters his own heart and winds up moping around the land, cared for by his trusty knight.

In our world, there’s a little duck who falls in love with the prince, and wishes she could be a human so she could dance with him. All of this takes place at a ballet academy, for the record. A creepy disembodied pair of eyes grant her wish, and she wakes up as human. Who sometimes turns into a magical dancer princess named Princess Tutu.

What? I said it was weird. 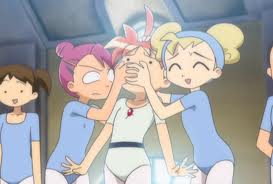 Anyway, the majority of the show has to do with Duck/Princess Tutu trying to unravel the mystery surrounding Mytho/The Prince, and saving him from the Raven. It’s all very confusing and meta and positively fabulous. Unfortunately, it takes about six episodes or so before you get hooked, and if you don’t have someone sitting on you like I did, I can see how it would be easy to give this show up.

So, what to do? How do you deal with it when you know your show is awesome and people should totally watch it, but telling them about it makes you sound like you really need to be staying after school for some extra tutoring time and maybe a counseling session or two?

I’ll be honest, I don’t actually have an answer to this. I’m really asking. I mean, on the one hand, you can hope that after years of recommending things that they ended up loving (Doctor Who, Firefly, the even numbered Star Trek movies) they would trust you, but most people don’t. I mean, I didn’t trust the first person who recommended Princess Tutu to me, and I lived with her for three years, for crying out loud! (College roommate, I should have taken more of her suggestions.) 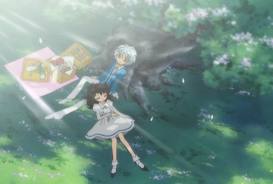 I mean, there is the depressing answer, which is to just keep it to yourself, but I reject this idea. One of the greatest joys we have access to as people and as geeks is sharing the things we find beautiful or true or just plain awesome. It’s why youtube and tumblr and facebook are so popular. When we see something we like, our first instinct is to share it. And that’s a wonderful thing.

Like I said, I don’t have a great answer. I can’t tell you what I’ve done, because it changes based on the situation and my relationship with that person. There are some people who will just believe me when I tell them something is good. There are a lot more people who won’t, and who’ll let their opinion be forever tarnished by that one time I made them watch Little Women. In my defense, it’s a lovely story.

I think it’s important to share shows and books and movies that defy easy description, because even if the person we’re sharing with isn’t interested, someone else might be. Even if our friends don’t like what we’re sharing, they’ll still have seen something new. Something unusual, and ideally, something beautiful. And that’s worth the risk that they don’t like it.

On the other hand, you could always just sit on them.