It's A Man's World Out There (In YA Fiction) 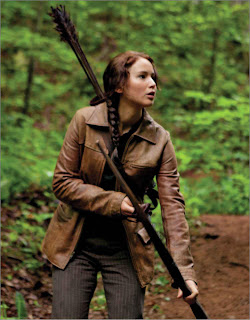 I’m not entirely certain that this idea has crystalized yet for me, but I trust all of you enough to hear it as is. You hear that, internet? I trust you.


We can talk about my bad life choices later.


Anyway, in my spare time, because I am a massive nerd, I listen to lectures from iTunes U, and most recently I’ve been working through the fabulous Literature for Young Adults series from La Trobe University. It’s really good. What struck me, though, was an off hand remark from the professor, where he noted that in stories like The Lioness Quartet or the Bitten series, the female protagonist goes head to head with male patriarchy, but she does so in a way that seems to actually reinforce the patriarchy.


Essentially, Alanna gets to be a knight in The Lioness Quartet not because she is a qualified girl, and therefore just as fit for the job as a boy, but because she is exceptional. She is the only person who could ever do the things she’s done, and for that she deserves to be a knight. But if she were just some regular girl who could fight, no dice.


And this is very interesting. I don’t think it’s the full story, but it’s a good start. I wholeheartedly agree that stories like The Lioness Quartet and Garth Nix’ Abhorsen series do create an idea that the only person who can break down barriers is an exceptional one, someone so special and amazing that they can’t help but break down barriers, and this strikes us as immediately unfair. But, I think, it’s actually pretty true.


Looking back on our own history, it isn’t normal people who get to break barriers. We don’t look back in history and go, “Oh, yeah, I guess that guy was the first African-American major league baseball player. He was just okay. Played a few years then retired.” No, we talk about Jackie Robinson, who virtually reinvented the game and was so exceptional that we have never stopped talking about him. 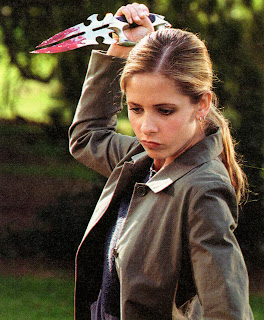 The people who break down barriers are the exceptional ones. It’s just true, not really something we can debate. And a lot of that really appeals to us. We all long to be the special, needed one. If we didn’t, books like Harry Potter and Twilight wouldn’t sell nearly as well as they do. We all want to be in some way exceptional.


Most YA books tap into this pretty well, especially ones written for girls. Nearly all of the Anne McCaffrey books feed into it, as do the Kelley Armstrong books, the Madeleine L’Engle series, and Hunger Games. We all want to be special.


The part that the professor neglected to mention, though, the part that actually hits me as more important, in a way, is that someone has to follow. Yes, we have the truly amazing and exceptional people who break down the walls, but we also need the rather ordinary folks who follow after. Society isn’t just a continuous onslaught of gamechangers. It’s a breakthrough, and then a slow creep towards normalcy. And, tragically, it’s this slow creep that is most often neglected.


I give Tamora Pierce a lot of credit here, actually. While her Lioness Quartet is arguably the worst offender in the “only special people need apply” category, she follows it up with another series about the first female knight after Alanna, and I appreciate that. She even goes so far as to talk about the challenges faced by Alanna’s daughter, who doesn’t want to be a knight like her mom. That is good follow-through.


Social systems don’t change in a day. While it is true that many of the unfair laws and societies that we see in our world and in the stories we read could and should be defeated by ordinary people, it often takes someone extraordinary to break down the wall. What is important is not to let the wall build back up again. 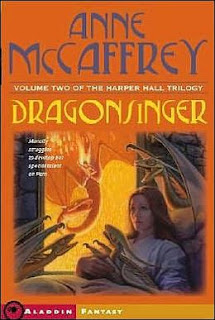 The real story I think of when this comes to mind is the Harper Hall Trilogy by Anne McCaffrey. It’s part of her Dragonriders of Pern series, but focuses on the Harpers, a guild of musicians/teachers, who guide the entire educational system on Pern, as well as providing most of the entertainment.


The books follow Menolly, an extremely talented musician and composer, who is forced to abandon music after her mentor’s death. Girls don’t become harpers, and there’s no need for Menolly to keep playing silly songs when she’s going to become a fisherman’s wife like everyone else in their hold.


Naturally, Menolly rebels, and runs away. Through the course of the books we follow her journey through Pern, as she slowly comes to the attention of the Harper Hall and is able to enroll there. Her family was right, there are no other female harpers. She has to do it all from scratch, because there are no other women to set as her example.


But. The difference here is that there used to be female harpers. And why wouldn’t there be? It’s music and education, a perfectly egalitarian skillset. Menolly might win approval and succeed because she is exceptional, but she is more than just an exception to the rule because the rule itself is wrong.


That’s what makes an exceptional hero really work. When the rule they’re fighting to overcome is inherently wrong, then it doesn’t matter how ordinary or special they are. The rule will go eventually, regardless.


I do think that we all long for a unique identity, and I entirely believe that it’s part of our makeup to desire exceptionality. But I also think that there’s a place for wanting to be the person who comes next. The person who picks up the banner and carries through. The person who makes the sacrifices of the first worth it.


I want to be the second female knight of Tortall. I want to show that it wasn’t just a fluke.