Bad Father's Day (Bullet to the Head and Die Hard 5) 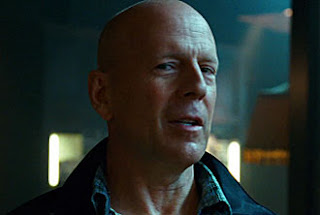 Last week I saw Bullet to the Head in theaters. My local theater does a $5 deal on Tuesdays, so that’s when I go to see all the awful movies I know I don’t want to spend a full ticket price on. And even though someone else even paid for my ticket to Bullet to the Head, I still want my money back. It was that bad.

Today I saw A Good Day to Die Hard, or whatever they’re calling the latest refried sadness that is this franchise. Don’t get me wrong, I like early Die Hard, but at this point, believing that Bruce Willis is in this for anything more than the paycheck and the ego boost seems laughable at best.

Basically, what I’m saying is that neither of these films is particularly good. Or good at all. But what I find really interesting is that they’re bad in the same way.

So, Bullet to the Head stars Sylvester Stallone as some guy whose name is not remotely important. He’s a low level hitman in New Orleans, and he kills this one guy who happens to have been an ex-cop, which spurs an investigation. Somehow he gets partnered with this young, idealistic cop, and proceeds to show him how life really is and how to be a man and stuff. I think. Also, Sarah Shahi plays his daughter, with whom he has a deeply troubling, and confusing, relationship. 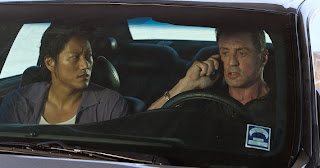 I think, I think, the movie is supposed to be about Stallone’s character and the cop coming to an understanding, where Stallone, by being outside the law, can get things done that the law finds necessary but unappealing. And that being outside the law is sometimes the only way to find justice.

Unfortunately, I have no idea if this interpretation is correct, because the movie was so incredibly, excessively bad that I really don’t know what it was supposed to be about. I think there was a land deal, and some murders, and then Jason Momoa managed to find the one hairstyle that makes him unattractive. The young cop and Sarah Shahi somehow find romance, and Stallone refuses to bend or accept anyone else’s view of how he should run his life.

That last part? About how he won’t accept anyone else’s input or help in his life? That was the real tragedy of the movie. Not only did it make pretty much no sense, but it also made you hate his character. His character who was a total jerk, but insisted that he was right. The narrative supported him, but basic human decency begs to differ.

Watching the movie, you really had to come to the conclusion that it’s an ego trip for Stallone. He made a movie where even though he’s old, he’s still kicking more ass than people half his age. That even though he’s supposed to be kind of scummy, he’s actually the real good guy here, and that he is so cool, everyone should automatically defer to him.

It was honestly pretty sad to watch. 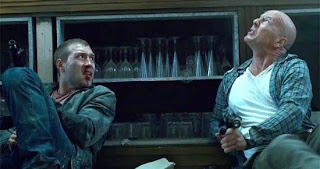 A Good Day to Die Hard was, tragically, very similar. John McClane, happy to have reunited with his daughter in the last movie, is now in pursuit of his son. Somehow, he’s let literal years pass without doing anything about it and is choosing right now to get involved, which is weird, but whatevs.

It just so happens that his son, Jack (Jai Courteny, who is woefully underused) is about to go on trial for murder and testify in a really big political case. In Russia. And so our flimsy plot springs into action, and McClane heads to the land of Putin.

Like Bullet to the Head, I’m only vaguely cognizant of what the actual plot here was. There was something about Chernobyl and a ton, a ton of double crosses that I couldn’t keep track of. But the things I did manage to gather were that Jack is actually a CIA operative trying to transport a political prisoner, and John McClane showing up has royally screwed everyone over.

The basic gist is that Jack has this huge awesome plan, and it’s going along great. He gets the prisoner out, they’re on their way to hit the extraction point, when Jack’s dad comes out of nowhere and starts screaming Jack’s name. In the middle of a gunfight while Jack is trying to sneak away. Also while Jack is pretending to be Russian. 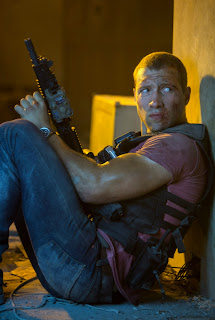 Admittedly, John doesn’t know any of this. But you would think that basic logic would tell him that if his son is running away from the men with guns, maybe he shouldn’t attract their attention.

As a direct result of John’s actions, the mission is blown, Jack is abandoned, and they have to piece together next steps without CIA help.

Except John can’t accept that. He spends the rest of the film bemoaning how his son doesn’t respect or like him, how Jack doesn’t view him as a father. He even admits outright that he was never there for Jack as a child, and still can’t see why Jack might not like him much. He just can’t see that he might be wrong.

Later on, during the deep, touching scene, John apologizes to Jack for ruining his mission. But he apologizes in this really awkward way that seems to imply that he’s more apologizing for hurting Jack’s feelings. Like the op, which took three years of deep cover, isn’t something Jack should really be upset over.

Jack has every right to be upset, and more.

Look, neither of these movies was particularly good, but I really felt like they actually hurt my heart. Both of these men, these fathers, were utterly inflexible in relating to their children. Stallone calls his daughter’s mother “damn junkie whore”. He admits that he had basically nothing to do with raising her, and that he just sent a check every once in a while, and demands that that be enough. When his daughter sides against him (and with basic common decency and the law), we’re supposed to think she’s wrong for turning against her father. But she isn’t. At all.

And Jack, whose father has made the barest effort to even know he was alive for the past three years, is supposed to open up with big arms and a huge hug when John decides to notice him again. He’s supposed to be happy that his father blew his op, because clearly John knows better anyway. And Jack is the one who the narrative tells us should apologize. 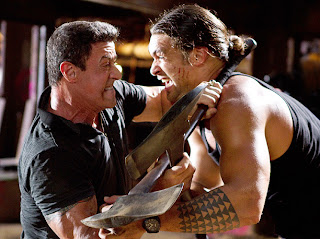 I understand what both of these movies were intended to be. They’re action vehicles, created to boost the egos of their stars. Bruce Willis and Sylvester Stallone are getting older. They used to be the hardcore action heroes, but now, they’re not. They’re just not as strong anymore. And this has, apparently, made them insecure.

I think it’s really commendable that these films have chosen to focus on parent-child relationships, but I wholly reject the way in which they’ve gone about it. There is no accountability in these movies. There is no trust, there is no healing. And there are no fathers worth the name.

So, to Bruce Willis and Sylvester Stallone, I say this: You’re strong men who like to play strong characters? The prove it. Play a character with real flaws that are acknowledged and dealt with. Apologize and mean it. Let your characters develop. Be the better man.

Or wither and be forgotten.