Being All In (And Chariots of Fire) 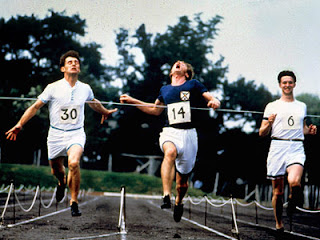 So, I was going to talk today about Bullet to the Head, the really aggressively bad Sylvester Stallone movie, but I think that can wait another day.

I have to apologize to you, blog readers and general denizens of the internet. I have not put my whole heart into this blog. I have been half-hearted and made this blog my last priority.

But, more than that, I have been stingy with my heart. I haven’t been honest. I have kept the best parts for myself and refused to share them with you, because I was afraid you’d laugh at me, or hate me, or be weird about it.

Let’s talk about Chariots of Fire, my absolute all time hands down favorite movie, for a minute.

Given my blogging history and general interests, I would have guessed that my favorite movie would be something more like Batman Begins or The Girl with the Dragon Tattoo, or something more punchy and pop cultural. And to be fair, there are plenty of those one the list. But my real favorite movie is a little British period piece about people running, and I want to tell you why. Because it’s important. 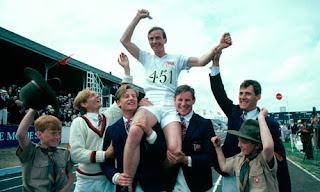 Chariots of Fire is based on the true story of the 1924 Olympic Games, specifically the 100 meter dash. It focuses on two runners from vastly different backgrounds. Harold Abrahams (played by Ben Cross, who was also Spock’s dad in the new Star Trek reboot) is a young Cambridge man obsessed with winning. He wants to prove that even though he’s Jewish, he’s still English down to his bones, and that far from being an inferior race, he’s actually better than them all. He wants to “run them off their feet”.

His main opponent is Eric Liddel (Ian Charleson, who didn’t do many other films, but was called the greatest Shakespearean actor of his generation). Eric is the son of Scottish missionaries to China, and intends to be one himself. He’s just back from China to go to school in Scotland, and happens to become a nation-wide rugby star. Then he starts racing (mostly by accident). Eric is fast. Eric is spectacularly, amazingly fast. It’s not long before people start throwing around words like “Olympics” and “world record.”

The movie is really more about Harold Abrahams, and I totally understand that. He’s really the more interesting character from a story standpoint. He’s obsessed with winning, and so psychologically bent on it that he’s willing to do anything to get there. He sacrifices relationships, his studies, his potential future all for a chance to win.

Eric doesn’t do that.

Eric doesn’t actually care all that much about winning. In fact, in the beginning, he doesn’t even seem that enthused about racing in general. He just likes to run. So he does. And he does it amazingly well. 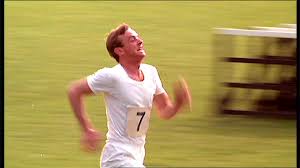 You see, Eric Liddel doesn’t believe in doing things halfway. Not at all. He believes that if he runs with his whole heart, then, win or lose, he can be proud. More than that, as he says, “I know God made me for a purpose. He made me for China. But he also made me fast. And when I run, I feel his pleasure.” Eric runs because pushing himself, running as fast as he can, is pleasing to God.

But he doesn’t run like a normal runner. Oh no. Eric runs like he’s having a grand mal seizure, or being attacked by killer bees. He gives absolutely everything he has to every race he’s in. Nothing is left. If he has something left at the end of the race, he considers it a loss.

Imagine living every single day so that absolutely nothing is left on the table. That when you’re done, you know that you didn’t miss a single opportunity, that you didn’t give ninety-five percent, that you put in your absolute best in every aspect of your life.

Holy crap, that would be amazing. I want that.

Personally, though, I know that I can’t do that by myself. I haven’t got that in me. I don’t have that level of strength and determination and courage. I do, however, have a way to get it.

“But strive first for the kingdom of God, and his righteousness, and all these things will be given to you as well.” (Matthew 6:33). What I’m saying is, if I pursue God first, in everything that I do, down to my internet blog about pop culture, then I can live wholeheartedly. If I don’t, I can’t. 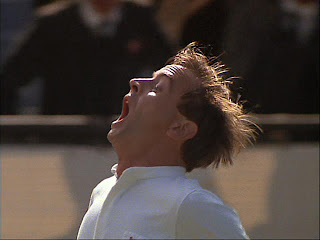 There’s one more thing I want to say about Chariots of Fire (aside from that you should watch it because it is amazing, oh my gosh). At the very end the film shows a couple of title cards saying what happened to each of the men, Abrahams and Liddel. Harold Abrahams lived until 1978, and became the “Elder Statesman” of British athletics. His reputation was stellar and he gained the respect he craved.

But. Eric Liddel died in 1945 in Japan occupied China, in an internment camp, ministering to the people there. And when he died, as the movie and history tell us, “All of Scotland mourned.”

I want to matter. I don’t think that’s a frivolous desire at all. But I want to matter for the right reasons. I don’t want people to remember me for being a great writer or really smart, or even having super insightful things to say about pop culture. I want something bigger.

So, which one is it going to be? Abrahams or Liddel? 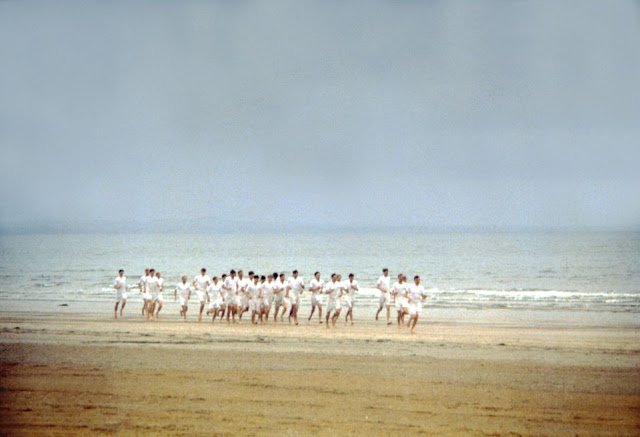