I Remember When this Show Was About a Community College 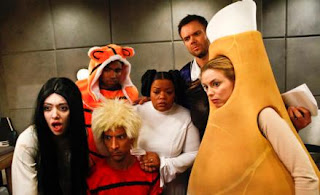 Well, Community is back now. After all the kerfuffle about NBC firing Dan Harmon (Executive Producer and show creator), and then pushing back the premiere date from October 19 to February 7, I have to say that the fourth season kind of started with a fizzle.

I mean, it wasn’t bad. Not at all. The first episode was the “Hunger-Deans” and talked about change and the gang going into their senior year, etc. All fine. And then the second was another traditionally wacky Halloween episode.

Look, the thing about Community is that while it’s weird and wacky and occasionally super obscure, every single episode is the best episode they’ve ever done. I don’t mean that facetiously, either. I mean that this show was about seriously ridiculous quality. Everything was funny and deep and meaningful and totally out of left field every time.

And now it isn’t. I’m not saying the show is bad now, because it isn’t, it’s just…fine. It’s fine now. And I liked exceptional. 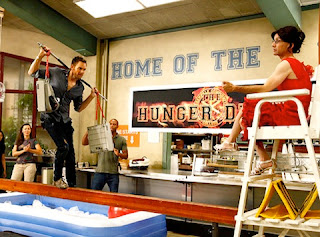 First of all, if you’ve never heard of Community, I’m very impressed, and also think that you should watch the first three seasons (they’re on Hulu+, I’ll wait). The show is ostensibly about a study group at a community college, but really it’s a meditation on life and growing up and just stuff. It’s about stuff, okay?

Since the beginning of the first season, all of the characters have changed a lot. Jeff Winger (Joel McHale), our protagonist, entered Greendale Community College as a disgraced lawyer who’d forged his college degree and had to get a legit one. Jeff was (is) egotistical, selfish, and blisteringly narcissistic, but we liked him because he was the only one who could see how weird everything was. Fastforward to the end of season three, and Jeff has learned how to care about other people. He’s even putting their needs before his own. He has friends, and he’s even interested in family. That’s some growth.

Now fastforward to the beginning of season four. Jeff is calling himself “New Jeff” and trying to get everyone to take the same class together so that he can graduate early without any guilt. And then he’s calling Pierce a phony for tricking them all into his haunted mansion and acting with the same kind of sociopathy he displayed in early season three, but which has been well dealt with by now.

What I’m saying is, all the character development we had seen throughout the past three seasons seems to have been erased by the beginning of season four. Despite Annie having come to the conclusion that she only really likes Jeff for his ability to like her, she and Jeff wear a couple’s costume. Even though we’ve known for a while now that Britta has hidden depths and that her crush on Troy is incredibly beneficial to her, she’s been reduced to jokes about her diagnostic abilities and how she’s a terrible shrink and comments on her sexual history. Which, blech. 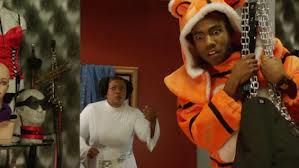 Shirley is now only concerned with her kids and husband. Pierce is a relic obsessed with his daddy issues. Abed is stunted and sees his friends as an ongoing TV show, instead of people, which we know isn’t true. And Troy’s subtle character growth and maturation is gone, leaving a manchild who doesn’t really know what sex is. Just no.

Look, I understand the financial considerations behind the mainstreaming of Community. But I am now heartily in the camp that cancelling the poor show would have been less painful than this. This? This is cruel.

It’s not that the new Community is bad. If it were bad, I think this would be easier. The problem is that it’s just okay. It’s dumbed the show down, taken it back a few steps and simplified it.

Am I being whiny when I complain about this? Should I just be grateful that they’re airing it at all?

Yes there are always monetary concerns, and yes sometimes those concerns overwhelm the creative ones. But that doesn’t mean we can’t still complain.

In fact, it’s the opposite. We should complain.

Community isn’t just a show about silly plot devices, wacky hijinks and a community college. It’s about life, and the various pursuits of. It’s about people coming together, learning how to be in relationship, and growing. I don’t think it’s frivolous at all to demand more.