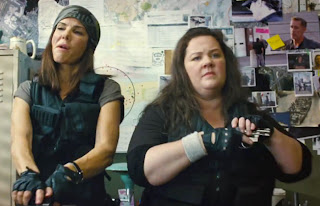 I get this annoyed sinking feeling in my stomach whenever I try to tell someone to go see The Heat. The inevitable question is “What’s that?” which leads us to me explaining in probably excruciating detail the plot and cast and how much I enjoyed it, only to be left with my audience (victim) shaking their head and confirming, “Nope, never heard of it.”

Now, I don’t think this is entirely a function of my friends being pop-culture unaware hermits, true though that description may be. What can I say, apparently some people don’t spend their every waking moment thinking about film structure and monomyth and casting spoilers. Weirdos.

Actually I think that there’s something a lot bigger going on here. Because somehow, despite the overwhelming marketing blitz we’ve been subjected to for the past few months, almost no one I know has heard of The Heat and even fewer of them are going to go see it.

(Exceptions do exist, since I am writing this article while babysitting for friends who are watching the movie this literal second.) 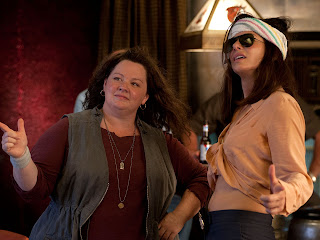 Despite the movie’s stunning opening weekend, which is really even better when you remember that it’s an R-rated comedy, and those can have rocky starts, a lot of people aren’t really hearing about it, and when they are, they’re dismissing it really easily, with that most basic of lead chains: chick flick.

Well, let’s set some of this straight.

The Heat, which opened last Friday, is a buddy cop comedy starring Sandra Bullock and Melissa McCarthy, both at their absolute funniest. Bullock plays FBI Special Agent Sarah Ashburn, an agent so uptight and disliked that she’s become an office joke even while she closes more cases than the rest of them put together.

McCarthy, on the other hand, plays a down and dirty Boston PD officer, Detective Shannon Mullins. Mullins is angry, belligerent, more than a little insane, and so committed to keeping the peace in her part of the city that the drug dealers run in fear at the sight of her banged up car.

So we’re off to a good start.

The story, while not the most original thing I’ve ever seen, is pretty solid. Ashburn comes to Boston chasing after a drug-smuggling ring that the FBI has finally gotten some solid leads on, and runs smack into Mullins, who insists on being a part of the investigation. It’s loathing and frustration at first sight, and the story really is all up from there. 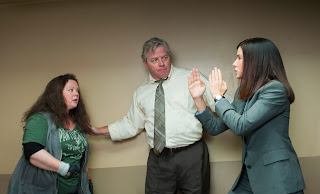 Ashburn is terrified of the way Mullins disobeys the law. Mullins is annoyed by how uptight Ashburn is. They both leer at guys and get drunk together and have hilarious adventures, you know, the usual buddy cop stuff.

Which is, at the end, the point.

The Heat is a buddy cop movie. It isn’t, like Miss Congeniality, a romantic comedy with a law enforcement backdrop. The only romance in the movie is a subplot that isn’t ever resolved or really very important. It’s just played for laughs. The real heart of the story is the relationship between Ashburn and Mullins, which is as it should be.

And, as far as heart goes, the movie isn’t afraid to go deep. In between all the jokes and the physical comedy (at which both these women are old pros, and it shows) is some genuine feeling. Ashburn’s life is empty and cold, and even if she knows exactly why it is, that doesn’t mean she likes it. Meanwhile, Mullins is ostracized from her family for choosing to uphold the law, and neither of the women has really ever had a female friend. Or a friend at all.

Now, some of you are probably now wondering why I’m making such a fuss about this movie. It’s funny, sure, but most buddy cop movies are. 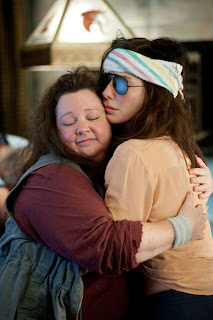 Yeah, but most of those aren’t about women. Actually, none of them are.

No. Seriously. Other than Laverne and Shirley, think of one duo of wisecracking officers of the law that are both women. Yeah.

I mean the real reason I liked The Heat so much is probably because it was so incredibly normal. It’s just two cops, who happen to be absolutely amazing at their jobs and also female, fighting crime and saving the day. There are explosions, car chases, comedic drug dealers and prostitutes, and really epic cameos by famous or semi-famous but still really funny comedians. It’s a normal movie.

This is unusual. And, when it comes down to it, I think this is why none of my friends have heard of it. Because it’s so unusual, and yet so normal at the same time, that the studio didn’t really know how to market it.

Is it a chick flick? Well, if you define movies that star women as chick flicks, then I guess so, but was Alien a chick flick too? Is it a romantic comedy? No, because there’s almost no romance. No, this movie is a straight up law enforcement comedy that just happens to star two very funny women. And no one knows what to do with that.

I can, however, suggest what you should do with it. And that is watch it.