NEWS: Superman and Batman Are Getting a Joint Film 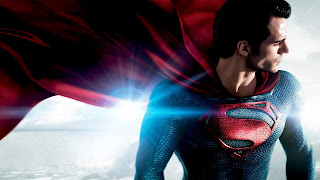 Yup, that's right, Superman and Batman will be appearing together in the next Superman movie. This film is set to come out in 2015, will be directed by Zack Snyder again, and will still star Henry Cavill as Superman, which is pretty rad since he did a good job in Man of Steel. Batman is as of yet uncast, and we don't really know anything about the storyline yet.

The Flash movie has been set for 2016, which would be cool if it weren't coming out well before they've even announced a Wonder Woman movie. As DC Entertainment President Diane Nelson said, Wonder Woman is "tricky", so I wouldn't hold out hopes for a solo movie anytime soon. But at least the CW's Amazon is still a possibility, and there's no way they would dare making the Justice League movie in 2017 without the lady with the gauntlets.

So, happy news and sad news. But good for Henry Cavill. He's done a good job with the character. And meh for Zack Snyder, who isn't the greatest director but did all right with Man of Steel.