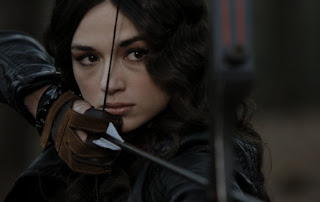 Yet despite her story occasionally crossing the line into melodrama, Allison is actually one of the most interesting characters in the story. And she is absolutely, most definitely, the most empowered female character. How? Well let me tell you.

First, Teen Wolf is an MTV show based on the 1980s high school movie. While some character names are the same, and the premise is similar (high school nobody gets bitten by a werewolf and becomes good at sports), the stories veer off sharply when it comes to execution and themes. MTV’s Teen Wolf is actually a very good show, if, like I said, really over-dramatic, and the characters are well-written and usually pretty coherent.

The basic premise is this: Scott McCall (Tyler Posey), a high school nobody, goes out in the woods one night and is bitten by a werewolf. Suddenly he can run faster than ever, doesn’t need his inhaler, and he’s making first line on the lacrosse team. Yay! But, unfortunately for Scott and his best friend Stiles (Dylan O’Brien, who totally steals the show), being a werewolf isn’t all fun and games. There are predatory Alphas trying to packs by force, mischievous witches, and even a thing called a Kanima that’s freaking terrifying. Oh, and there are hunters. Werewolf hunters, to be precise. 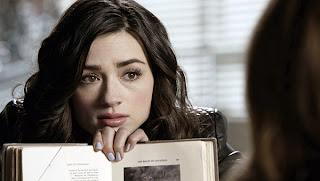 Allison (played by Crystal Reed) is from one such hunting family, and comes to town right after Scott has been bit. That part of the story is actually less coincidence than it might seem, since Allison’s family is drawn to Beacon Hills by the mysterious werewolf related murders that keep happening, and Scott getting bit is just another piece of the story.

So what we have is a classic story of star-crossed lovers. Allison and Scott adore each other pretty instantly, like Disney characters, but neither of them knows the other’s dark secret. This leads to some pretty hilarious scenes where Scott is trying to have dinner with Allison’s werewolf hunting family and nearly dying of awkward, as well as some heartbreaking scenes where Allison’s psycho Aunt Kate trains Allison to kill her boyfriend’s species.

All good so far, right? It’s all very Buffy the Vampire Slayer, and it’s actually quite nice to have Scott’s love interest be a girl who knows how to take care of herself, right? Allison really isn’t much of a fainting damsel, not even in season one.

Except, and here’s the part where the story gets interesting, Allison doesn’t actually know her family are werewolf hunters in season one. This is a narrative thing, and it really does make it all more suspenseful, to have both her family and her boyfriend trying to hide the supernatural from her and each other. Sure, it means that we have to accept that Allison is a little dumb and never asked why they have all these crossbows lying around and why her parents trained her in military tactics, but whatever. Teenage girls miss things occasionally. 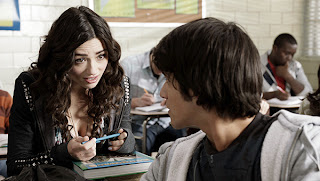 What this does for her personal story is another thing entirely.

You see, Allison starts off the show as pretty much a Disney princess. Not a care in the world, sweet, beautiful, and fairly in love with life. It’s cute, and a little bit sickening.

They did neither of those things. In fact, they did the thing that made Allison a genuinely interesting character: they made her conflicted. 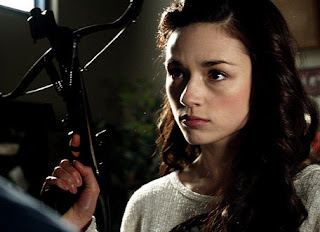 It’s easy to get confused and mistake a strong female character for an uncomplicatedly good one, or for a really badass one, or even for a stubborn one. But I’m pretty sure that isn’t true. The best female characters, in my opinion, and the strongest ones, are the ones who aren’t always sure that what they’re doing is right. They’re the characters who actually see their situation and think about it. Who have layers.

Allison loves her boyfriend, that much is obvious to anyone with eyes, but she loves her family too. I would argue that the single quality Allison has that’s made her compelling to watch is her refusal to let anyone tell her she can’t have both.

In season two Allison comes head to head with the reality of the whole star-crossed lovers thing. Her mother strongly disapproves of Scott’s wolfy wiles, while her father is obsessed with preparing her as a hunter. And then her grandfather comes to town and starts twisting everyone around. Allison is torn, and she knows she’s going to have to make a choice.

She makes the wrong one.

Her mother goes after Scott and gets bitten. Since hunters are completely against the idea of werewolves being good, or even really having the potential for good, Victoria (that’s her mom) decides that the only thing to do is kill herself. And she does, with a knife to the heart. It’s devastating.

Allison is shocked. And then her grandfather sticks his nose in and makes everything worse. He makes sure that Allison never receives the letter her mother wrote for her, and twists Allison around so that all she wants is revenge. Not against Scott, to be fair, but against Derek, the werewolf who bit her, and everyone in his pack. 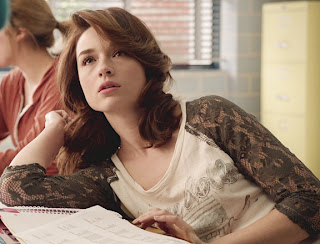 She goes a little nuts. It was kinda scary to watch. Because she went violently nuts. I mean actual outrageous acts of violence perpetrated against her fellow teenagers nuts.

She messed up. Hardcore. She knows it too. There’s a heartbreaking scene in early season three where she’s trapped in a room with one of the classmates she attacked when she was grieving, and he points out that he still hasn’t forgiven her for stabbing him (like twenty-seven times). Allison knows she screwed up. She’s trying to make it right. But she’s still not going to take the easy road.

Instead of deciding this time that werewolves are good and people are bad, or vice versa, Allison decides to use her hunting skills for good. She tells off Derek for his attitude towards her, and takes her lumps when she deserves them. She decides to protect Scott from the trouble coming his way. She solves mysteries. She shoots thing with arrows. She helps, and she does it her way.

Because the real reason I’m focused on strong female characters is because so many women in movies and TV shows aren’t really people at all. They have no agency, they make no choices. They’re plot devices with boobs. Allison isn’t like that. She makes choices. Sometimes they suck, but they’re hers. To make strong female characters you can’t be afraid of their weaknesses. Our weaknesses are what makes us human.


You have to let her fail. And then you have to help her learn.