A List of Things I Haven't Actually Watched (And Should Have) 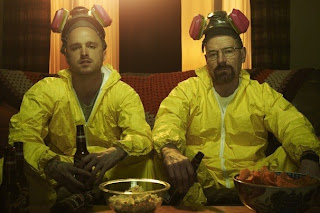 I feel like I haven't been totally honest with you, dear readers. Oh sure, I sometimes overshare, and I've been very clear about what I like and don't like. Sometimes probably a little too clear. But I don't always fess up about the gaps in my pop culture knowledge. And that ends now.

So. Here is a list of things that I probably should have watched or read by now, but haven’t. Either because I just didn’t get around to it, or because I don’t have four weeks of my life to spare, or I just don’t want to even though I know it’ll be good for me.

Also a stipulation? People ask me about the stuff on this list all the freaking time, and I avoid the topic like it’s a flesh eating virus.

This one probably hurts the most, because I really do want to love BSG. I’ve seen the first few episodes, and I watched most of Caprica, but there hasn’t come a time in the past couple of years when I actually had the time and emotional capacity to get through the whole series. Tragically, because I pretty much live on the internet I know most of what happens over the course of the show, and now have to figure out how to unspoil myself and watch it in peace. 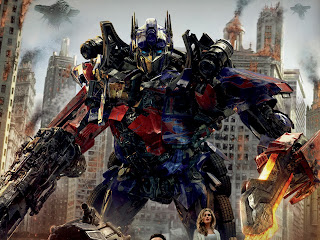 I spend a lot of time crapping on this movie series and the cartoon, and really everything involved, and I do have to confess that aside from occasional confusing episodes of the original show, I haven’t actually seen it. By choice. Because I really don’t want to.

I like giant robots just fine, as evidenced by my slavering love for Pacific Rim and Neon Genesis Evangelion, but for some reason I have never been able to generate even the smallest spark of interest in Transformers. I mean, I get it. They’re giant robots fighting a space war that turn into cool cars. I just don’t care.

Oh, and to that guy who I went on one date with and then subsequently never ever called again? Please put away the life-size statues of Optimus Prime before you invite a girl into your apartment next time. It’s weird, and you should probably make sure she actually likes Transformers first.

3. Most gritty hard-hitting dramas on HBO, AMC, or FX

It’s not that I don’t like them, as I very much do, it’s that I don’t have the time or inclination to sit down and actually watch them. There are rarely enough aliens for my tastes, and sitting through thirteen hours of character development every season, though invariably well written and beautifully shot, bores the hell out of me.

The Sopranos? It looks good, but I only got four episodes in. The Wire? I’m sure I’ll watch it someday. Mad Men? Kind of makes me want to fall asleep. Sons of Anarchy? Well, this one I love but it got so darn depressing in the later seasons that I stopped watching out of fear for my feelings. Breaking Bad? I just never really got around to it.

The Killing, Damages, Rescue Me, The Shield, Justified, all really great shows that I have watched barely or not at all. Because if it doesn’t have unicorns, aliens, or time travel, I’m kind of hard to get invested.

4. Pretty much anything by Stephen King

They’re soooooo loooooong. I did read IT once. But that’s all. 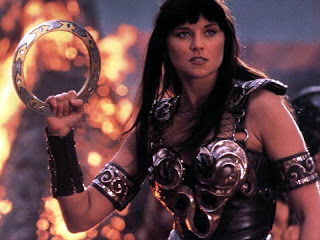 So this one sounds worse than it is. When Xena was actually on the air, I was a little kid. Specifically, I was a little kid growing up in a family that used its television as weirdly shaped credenza and maybe turned it on once every four years to watch some very snowy Olympics. Oh, and we had a couple VHS tapes we could pop in. But nothing even close to cable (or network – we live in the kind of place that only gets PBS). So Xena didn’t really exist to me.

When I got older and discovered that the nextdoor neighbors had cable and I had a spare key to their house, I started seeing some reruns of Xena episodes. But they ran without a whole lot of schedule, so I saw them really randomly. And then, like all of these, I grew up and suddenly had way less time to sit around catching up on pop culture.

Contrary to most of the others, though, this is one I plan on rectifying. Eventually.

6. The Sixth Sense, Silence of the Lambs, Philadelphia, most other critically acclaimed movies released between 1985 and 2000

My parents didn't really believe in popular culture when I was growing up. So as a kid, I wasn't super aware of, well, anything. I mean, don't get me wrong, I loved those classic Looney Toons, and Rocky and Bullwinkle, Little Rascals, Three Stooges, etc. But anything produced after 1985? Forget about it. 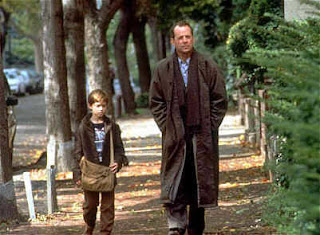 It wasn't until I reached teenagerdom that I was able to start branching out on my own and discovering culture at large. And teenagers don't really sit down and watch critically acclaimed recent movies. I mean I suppose some do. But I didn't. I watched a bunch of John Waters movies and all of Buffy like seventeen times.

But yeah. These movies. I'm sure I'll see them someday, I just haven't yet.

I feel kind of bad about it too. I went to film school. Don't shun be me please.

So now you know my deep shameful secrets. Please don’t judge me too hard for them. Better yet, why don’t you leave your pop culture holes in the comments, so I can feel better about myself!


No seriously. Comment. I need to not be the only one who does this.