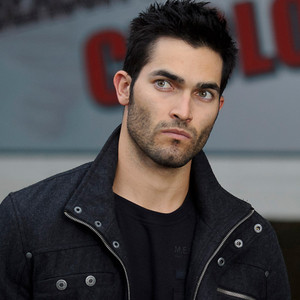 In honor of last night’s Teen Wolf mid-season finale, here is an open letter to the writers of that show, and their various…tendencies.

I’ll start by saying that I love your show. I’ve written a truly disturbing number of articles on it, chronicling its feminism or lack thereof, the characters I love, the show itself, the idea of werewolves… You get the point.

What I’m saying is that I like you, and I’ve committed to following your show. I’ve even gotten other people hooked. You’re welcome. Since I am already invested, though, maybe you could do me a favor and stop trying to dumb the show down for me?

I know it’s hard sometimes to remember all of these plots and characters and who’s died when and how and what side they’re on now, but I promise that I’ve got it covered. I watch Game of Thrones. We’re cool.

I only say this because, well, I’ve noticed something. You don’t seem to trust me very much. You keep skipping out on really important backstory. Do you think I’ve forgotten it?

Like when Peter and Lydia finally end up in the same room together after he basically mind raped her all of season two. I was really expecting a hardcore Lydia smackdown, or some tension, or just a recognition of their history. And I totally understand that you wanted the scene to move fast, because we were crammed for time. But I could have handled the slowdown.

Or the whole thing with Derek’s eyes? How they’re blue? You didn’t have to tell me an entire episode about how it was because of him killing an innocent and why Peter is basically the creepiest person ever. You could have just said that was what happened, and I’d go with it. 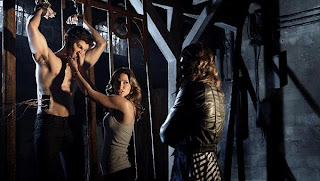 I’m okay with you killing off the villains. No, seriously. You can let them die. Peter is funny, but he could be dead now. Gerard could be dead now. Deucalion? I do wish you'd let some of the female villains live. I miss Kate a little. And Victoria. They were scary.

Because, writers, and I get that this may be hard for you to hear, but I like Derek. I like that he is a cranky sourpuss who mopes around about his dead family. I like that he lives in the shell of his childhood home and wears grief like a really comfy shirt. I also like that he is frequently shirtless.

When we found out that Derek used to be in a relationship with Kate, I was heartbroken, but I saluted your writing skills. Realizing that he had a seriously hinky relationship that ended with the death of nearly his entire family…that was powerful. And then realizing that it happened when he was underage? Even more powerful.

When Derek became the Alpha, I was pumped to see how that would change his character. Finally he’s getting the chance to rebuild the family he lost! But that didn’t happen. Instead, we got a Derek hyped up on power and turning teenagers left and right. We didn’t get a thoughtful Derek who was aware of his history with Kate or really anything. And I realized that he was setting up to be the villain of the season, and I figured it was probably okay. Probably. 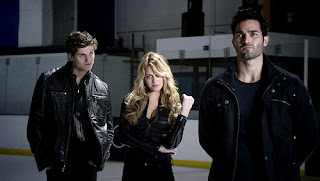 At the end of the season it looked like he was learning humility and how to be a good Alpha. I was excited for season three, and Derek’s redemption!

So imagine my surprise when instead of redemption we got moping. And more moping. And a shockingly not dead sister, who Derek greeted with all the enthusiasm of a distant cousin at the grocery store. Another terrible love interest choice.

And (SPOILERS) now he’s leaving, in defeat, no longer an Alpha and forced to wander the lonely road of continued self-flagellation.

Writers, I ask in love: What the hell?!

It’s bad enough that you ignored the Lydia/Peter thing. Bad too that you kill off all female villains, and also female characters, with impunity, but let the male ones live on and on and somehow even after death. I mean seriously, that’s some high level sexist crap going on right there. And super bad that you managed to kill off not one but two characters of color this season, for no other reason than that you could it seems.

But the Derek thing? That’s crossing a line.

It’s crossing a line because it’s the straw that breaks the back. There is so freaking much wrong with the past couple seasons. I love you, but I am hurt right now. You waffle on how to write him, you ignore screamingly interesting plot points about him (how about addressing the blatant rapeyness of his relationship with Kate, writers?), and you make his life a neverending pile of suck. Because you can. 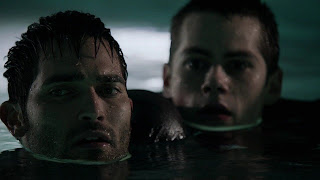 You had such an opportunity here to talk about real issues. About statutory rape, and the emotional scars it leaves even when we think that the guy must have "really wanted it." Or you could have explored his guilt, instead of letting him wallow in it. His uncle exploited his body for his own personal gain. Talk about that. The Alpha pack used his body to make him kill one of his own. It was rapey. Talk about that.

Talk about the freaking rape issues written all up and down this character. Now.

I’m not saying that I’m going to stop watching over this, of course. But I am saying that I’m pretty done. I’m done getting emotionally invested in a show that doesn’t take care of the characters it has. I’m done developing attachments. And I’m done expecting you to deal with any and all objectionable storylines, like issues of rape or abuse or tragedy, with clarity and compassion.