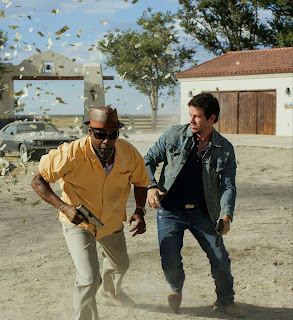 Does anyone else feel like the whole trend where middle-aged actors have really young female actresses, though admittedly a really longstanding trend, is kind of weird and creepy? By which I mean, I certainly hope you think it’s creepy. Because it is.

In other news, I have now seen 2 Guns, the recently released action flick starring Denzel Washington and Mark Wahlberg as a pair of undercover government agents who each don’t know the other one is undercover. If that sounds funny to you, then you should definitely go see the movie. But, you should probably keep some of what’s coming in the next few paragraphs in mind too.

Okay, to start off with, it was a fun movie. A traditional buddy cop situation with a great twist. Tragically, this is a twist that was totally revealed in the trailers, and that’s a damn shame. We go into the movie, meeting Bobby (Washington) and Stig (Wahlberg), two low level cons who seem like they can barely stand each other. Bobby is a smooth operator who always “knows a guy”, and Stig is an uncontrolled man child who can shoot a gun like nobody’s business. They work well together.

We meet them as they’re about to rob a bank, then we go back in time to find out why. It turns out that our boys are working for one of the Mexican drug cartels, directly under the incredibly racistly named Big Papi (Edward James Olmos). Big Papi deals in cocaine, but for some reason he’s getting skittish about giving it to them, so he tries to pay them in cash instead. Stig and Bobby dislike that, so they drive off unpaid. 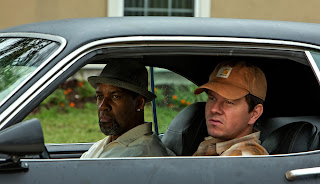 At the border they get pulled over on a drug search, and while Stig is gleefully being a nutjob in interrogation, we discover that Bobby is really an undercover DEA Agent, and that he was supposed to get the money so he could grab Big Papi on distribution. But he failed. Also, the guy he was trying to turn, Little Toro (again with the racist names), is dead. So he’s in pretty big crap with his superiors.

He’s also in crap with his kind of sort of girlfriend, Debbie (and man do I feel weird hearing my name screamed in passion like that), played by Paula Patton. Debbie is getting uncomfortable with how long Bobby has been undercover and how much it’s changed him. Bobby asserts that he’s fine, and then goes on to explain that he wants to rob the bank where Big Papi stashes his cash in the US, so that they can grab him on tax evasion.

Long story short, they rob the bank, and then for some reason, get away. This was not in Bobby’s plan. Out in the desert, having somehow managed to rob $43 million and not the intended $3 million, they have to figure out what to do now. Bobby draws on Stig, Stig shoots Bobby, and Stig finds out Bobby is undercover DEA.

Bobby runs home to his commanding officer and we find out that, oh yeah, Stig is actually Naval Intelligence, and he’s undercover too. The Navy takes the money, and he thinks his job is done. Until his commanding officer, played by James Marsden, tries to kill him because he didn’t kill Bobby. 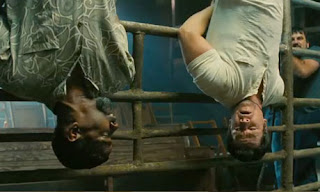 And so our plot goes from there. Our heroes have to learn how to trust each other again, fight the overwhelming odds, destroy the conspiracy and clear their names. Oh, plus, it turns out that the money they stole actually belonged to the CIA, who really wants it back. There’s that too.

Now, this movie is full of great performances. Our two leads do very well, though I would argue that Mark Wahlberg steals it a little bit more, if only because Denzel Washington isn’t doing anything different in his performance, and it’s really starting to feel less like acting at this point. Bill Paxton is terrifying as the CIA agent going after his money, James Marsden is, as always, really good at playing an uptight jerk, and Edward James Olmos makes the best of a pretty crappy role.

That’s not what I want to talk about.

I want to talk about Debbie. She sucked. Like, a lot. Like, dragging feminism and the perceptions of women back about a hundred years a lot. While it would be easy to blame Paula Patton for this, since she isn’t really the world’s strongest actress, honestly the fault lies entirely with the writers, who managed to make the world’s least feminist female character in decades. All in the name of writing a “strong female character”. 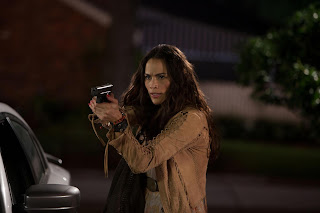 Okay, we’ll start cosmetic. To begin with, Debbie constantly wears really incredibly low cut tops, which wouldn’t be weird if she were undercover like Bobby, but she isn’t, so having her work as a DEA officer and interrogate Stig in a shirt that makes me wonder about cup sizes doesn’t seem super appropriate. And it definitely doesn’t seem likely they’d let her get away with it.

Actually, all of her costuming is weird. Is she supposed to be Native American? If so, why do they never refer to it, and either way, that much fringe is just offensive. It doesn’t come off as ethnic or cute, it’s ugly.

Going deeper, Debbie’s entire interaction in the plot is like one big smack in the face for women. To start with, she is literally the only named female character in the movie. The only one. That’s it. And she blows.

Her position as a love interest really doesn’t help. Sure, she’s a DEA Agent, but she’s first and foremost Bobby’s kind of girlfriend, and all the time we spend with her is colored by the lens. Plus, she doesn’t seem to be a very good DEA Agent, for reasons we’ll get into in a sec. 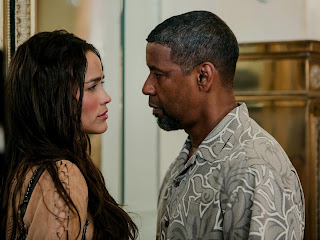 SPOILERS from here on out.

And then there’s the whole double crossing thing. Not only is she Bobby’s dissatisfied girlfriend who keeps pushing him to commit, she’s also two-timing him with James Marsden’s character in order to steal the CIA’s $43 million. And she set him up to be shot. That’s pretty over the top on the villainy scale, and marks her as a total bitch.

But it gets worse. Somehow.

Not only is she scheming behind Bobby’s back, she’s doing it because he doesn’t love her enough. Because she is so completely hung up on this guy that if he doesn’t love her the way she wants him to, she’ll arrange his murder and rip off the CIA, causing dozens of collateral damage deaths. And then she’ll cry about it.

And then she gets kidnapped, and this villain who I was starting to at least hope was going to pull some kickass DEA moves is stuck in a trailer in Mexico, gagged and bound, waiting for her kind of boyfriend (who she tried to have murdered) to save her.

And then it gets worse.

Bobby actually figures it out and finds the money, so he could go set her free. But while bound and arguing with Big Papi, Debbie decides that she doesn’t want to be saved, so she refuses to tell Big Papi that Bobby found the money, and incites her own murder at Big Papi’s hands. In Bobby’s apartment. Urgh. 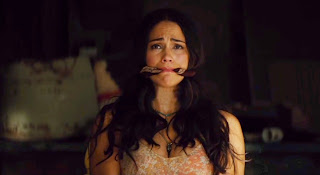 Look, taken by themselves, none of these things are really that bad. I’m okay with women being villains, with women being love interests, and with women making their own choices about when to die. That’s all fine. On its own.

But when you put those pieces together, and point out that she is literally the only female character in the movie, and that she’s mess of stereotypes and hysteria – the perfect example of a “strong” female character who relies on her sex appeal, falls apart without a man, and can’t even deal with the idea of not being loved.

There’s just so much wrong with that, right? It’s awful, and it’s especially awful that this is what passes for an empowered female character today. Just, no.

So while I did enjoy the hell out of 2 Guns and I do think it’s worth seeing, I am really disappointed. I expected better out of you, people who made this movie.

Don’t make me come over there. 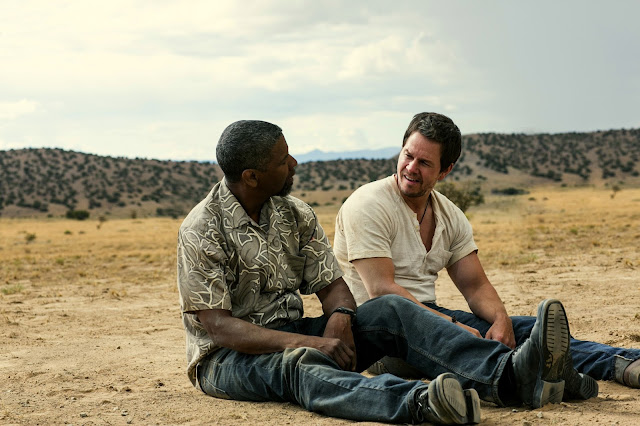