I Am Filled with Ennui and Can't Go On (Hemlock Grove) 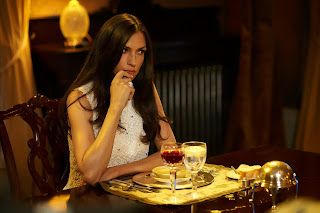 This is the part where I would normally say something clever about Netflix and their entrance into the content creation market, and why that signals big changes for the television industry, and Hemlock Grove’s Emmy nominations are a great step for speculative fiction in general, and so on.

While all of those things are true and I would very much like to discuss them with you, right now I’m distracted by a much more present problem: I really didn’t like Hemlock Grove. Not even a little bit.

This surprises me. Not just because it was recommended by a good friend whose taste I trust, but also because on the surface this is so totally my thing. It’s a tense ensemble drama that mixes elements from Teen Wolf with Twin Peaks, and I love both of those shows. A lot.

So why the hell don’t I like this one? Well, let’s talk about that.

For starters, Hemlock Grove, which is based on a book by the same name, is about a sleepy little town predominantly owned and ruled by a single family, the Godfreys. Obviously, something is very distinctly unkosher with the Godfrey clan, and we can tell from the first episode that much of our time will be spent unraveling their weirdness. 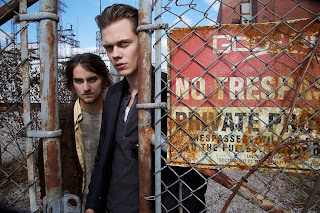 Our hero is, I think, Peter Rumancek, a gypsy who rolls into town with his mother and takes up residence in an abandoned trailer just outside the Godfrey property. Peter is a loner, scruffy bad boy type, who seems just oh so mysterious and snarky. In reality, he’s a werewolf, and a teenage boy. Other than that I’m not entirely sure what his motivation is, but whatever.

Peter falls pretty quickly into the company of Roman Godfrey, heir apparent to the Godfrey fortune. Roman is a tortured rich boy, caught between urges he doesn’t understand (because apparently he has never read Dracula) and his mother’s controlling clutches, Roman rebels by befriending Peter. When a couple of nice girls get brutally slaughtered in the woods, Roman and Peter go off on adventures trying to find out who did it.

Now I did say that this is an ensemble show, so there are a variety more characters, and happily, quite a few of them are female. Less happily, most of them are pretty bad characters solely defined by their lady bits and the choices they make romantically. Also, though I didn’t actually manage to make to the end of the first season, I have it on good authority that almost all of them die.

That in and of itself would be worthy of a great article, but I really want to focus on the first part here: I couldn’t make it to the end of this show. It’s not a massive commitment, only a thirteen episode run for the first season, and I started watching it last week, so I should be well done by now. I just…can’t. 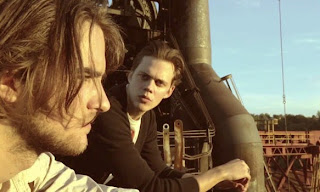 I think it really comes down to the characters for me. Well, the characters and the storyline, since that builds logically off of the characters. It’s not badly written, exactly, it’s that it’s missing something essential to my enjoyment of any series or movie or piece of art: joy.

Okay, that sounds totally hokey and Precious Moments, but take me seriously for a sec. Joy is a fundamental human thing. How many monkeys do you know that express joy? Deep, abiding joy that comes from the interaction of meaning and happiness? It’s what makes a character worth watching – either their attempts to find joy, or their longing recovery of past joy, or their joy along the journey. Joy is what makes us care.

It’s also what makes us able to empathize with a character properly. Because anyone can be sad. Sad about certain things, sure. We’ve all been sad. But we feel more connected to characters when we feel their joy. When we know what they actually like. When we get a chance to see them find meaning and happiness, or just think about what would bring them those two things.

Joy matters, and a show without joy is a show that has a lot of trouble holding my interest.

It’s not so much that Hemlock Grove is dark. It’s a little dark, sure, but not David Lynch dark. The problem is that the show is unremittingly depressing, with no spots of light to bring out the feels. Everything is on a sliding scale of suck. It just gets worse from here, and frankly, it’s exhausting. 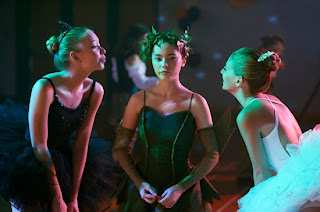 And it’s not great writing.

I don’t object, in theory, to television that shows us our own baser impulses. I actually think it can be amazing when properly done. Breaking Bad, The Wire, and even shows like Twin Peaks and Game of Thrones show compelling portraits of characters stripped of the courtesies of modern life struggling to survive. The characters are cutthroat and scary and more than a little ugly and we eat it up.

The difference is that those characters, they still find joy in things. Little things, sometimes, like a properly skinned deer, or a fine cup of coffee, but it’s joy. Actual joy. And it’s what makes those stories even more heartbreaking and compelling.

By contrast, Hemlock Grove doesn’t have any bright spots. Roman and Peter are so mutually disaffected and unhappy that it’s hard to imagine either of them ever enjoying anything. Christina, Letha, Olivia, Clementine, they’re all characters whose cynicism or depression or world-weariness has beat any spark of life out of them. The two characters who do show tiny sign of happiness even, Shelley and Destiny, are barely given a chance to speak, and often silenced by the unhappy characters surrounding them.

I don’t hate the show on principle, and there’s nothing precise that made me stop watching it, but as the series progressed and I realized there was no light at the end of the tunnel, I kind of thought about it, and had a revelation: I don’t have to keep watching this.