Linksgiving (The Burka Avenger, Flowers in the Attic, and More) 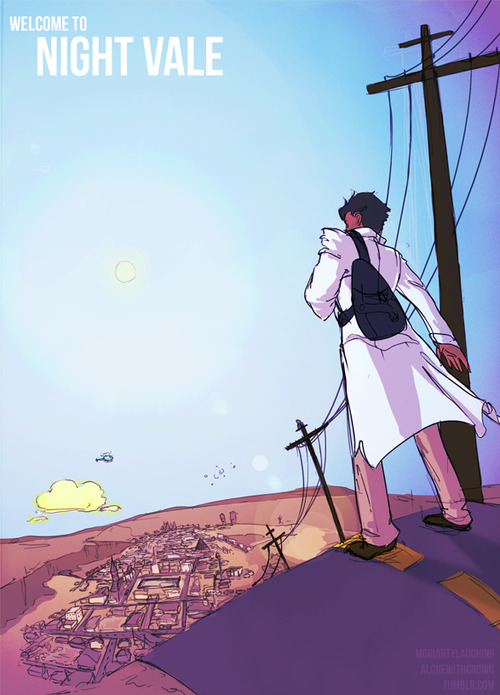 A new week and a new obsession. This week it's Welcome to Night Vale, the delightfully insane podcast that mixes "Prairie Home Companion" with Stephen King and HP Lovecraft, and comes out with something quite funny. You should listen to it. And then HAIL THE GLOW CLOUD.

Otherwise, life continues as usual here. I've now seen Pacific Rim four times in theaters, and I started crocheting again. Might try to figure out how to do 8-bit patterns. That could be cool.

Anyway, enough about me, tell me about you! And by that I mean, if you have anything you want to self-promote, or you just want to share about your day, feel free to let loose in the comments below. We're all friends here. Well, mostly.

1. Pakistan has a new superhero, and she's kind of the coolest thing ever. Called the "Burka Avenger", she's a mild-mannered school teacher who dons a burka in order to save children from things like forced labor and sectarian violence, using the power of books. I love her so incredibly much it hurts.

2. This just in, George RR Martin reveals that the key to writing female characters well is to treat them like people. I really wish this was not a thing that needed to be said, but since it is, I appreciate him for saying it.

3. Apparently there will be a Pacific Rim 2, and it won't just be a prequel. Which is actually kind of sad for me, since I really wanted that prequel where the Russian couple runs around and is Russian at things. But I guess this movie, with its rumored Kaiju-Jaeger hybrid is okay too. Guillermo del Toro is a good director. I can trust him.

4. Remember Flowers in the Attic? That book that made you really uncomfortable about hugging people for a while? Well, apparently it's getting rereleased and it's got new cover art. I think now might be a good time for us to reevaluate our bouts of collective nostalgia. Because some things are better off forgotten.

5. Okay, this is just silly, but someone took the time to think up what different superheroes would post on Instagram if they had the option. Check it out here.

6. Michele Carragher, the costume designer for Game of Thrones, is officially on the list of people whose hands I desire to shake. Why? Because when you look closely at any of the costumes from this elaborate and elaborately costumed show, you can see hours and hours of hard work and intense thought and it's just super duper cool, okay?

7. And finally, Aubrey Plaza teamed up with College Humor to make a fake trailer for a live-action Daria movie. And now we all really wish we could make it real. Because it looks so incredibly awesome.

That's all for this week, folks. Tune in next week when we will presumably talk about things and stuff (probably movies, and maybe or most definitely Night Vale). Don't forget to catch Crossover Appeal tomorrow at 2pm PDT. I don't remember what we're talking about, but I'm sure it'll be hilarious. Maybe.