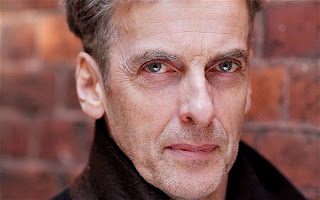 PETER CAPALDI WILL BE THE 12TH DOCTOR. Let us all raise our hands in joy now.

Okay, so maybe you don't know who this guy is. That's pretty fair. He's not super famous, though he has been steadily plugging away for years in minor and major television roles. He appeared this past summer in World War Z as a WHO Doctor, which is just kind of funny, and starred in The Hour and In the Thick of It on BBC.

Notably too, he was in a Doctor Who spinoff, the Torchwood: Children of Earth miniseries back in 2009. Capaldi played a sinister governmental figure, the Home Secretary, who crumbled in the face of a hostile alien incursion. That whole miniseries is super good and highly recommend it. And Capaldi was really really good. Oh, and he was in an actual Doctor Who episode, the one in the fourth season when they go back to old Pompei? Yeah, that one.

I have to say, I'm pretty pumped about this choice. Capaldi brings a sort of nervous tension to everything he does, as well as an inherent intensity and core of iron. I'm hoping he'll be a shift in the sort of Doctor we get, heading a little bit back towards the Eccleston-McCoy model. But whatever he does I'm sure it will be brilliant.