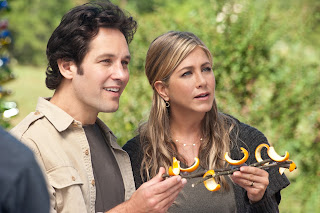 Okay, I lied. You are getting an article today. Surprise!

Yesterday I kind of talked your ear off about how awesome Torchwood can be, and why Suzie Costello is amazing, so today we’re going to shift to something radically different. Wanderlust. The screwball, R-rated comedy about yuppies turned hippies living on a commune. Yep. I saw this in theaters, folks.

Now, you have to understand that Wanderlust isn’t a bad movie. Not exactly. I wouldn’t really go so far as to call it a good movie – that would be overstating things a bit. But I wouldn’t really call it a bad movie either. It’s entertaining, and it has some moments of genuine emotion, but by and large it’s a silly comedy about a group of adults acting like little kids.

So, you know, a normal comedy.

What’s different and noticeable about it are two separate but very related things. First, that it actually has a representative number of female characters. And second, that these characters are awful.

This bothers me, for obvious reasons. 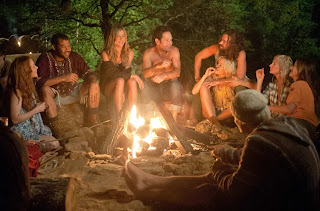 Wanderlust follows the adventures of George (Paul Rudd) and Linda (Jennifer Aniston), two long time New Yorkers who are forced to move when George loses his job, and Linda’s documentary on Penguins who have AIDS isn’t picked up by HBO. Originally they plan on moving in with George’s brother (Ken Marino), but along the way they stumble upon a lovely, idyllic commune and decide they want to try something new.

Of course, once they’re actually living at the commune, everything is wacky and hijinks ensue. It’s a lot harder to get into the swing of things than they thought, but both George and Linda make a valiant effort. George remains a lot more cynical about things, while Linda starts to really like it there. She makes friends, she enjoys the lifestyle, and she starts to feel at home.

Only to come back when he decides that he’s not willing to let Linda be swept off her feet by Seth (Justin Theroux), the charming leader of the commune who just might be a terrible person. Oh, and they have to save the commune from being bought by some land developers, because it’s a comedy about wacky underdogs, so of course they have to.

Like I said, it’s actually a pretty entertaining film. But that doesn’t mean it’s without fault. Far from it, actually. 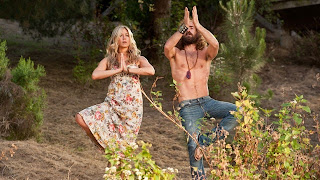 As you can probably tell just from the summary, Aniston’s Linda is the butt of the joke all the way through the film, playing against Rudd’s George, who is the straight man. Linda is a woman who flounders her way through life, constantly looking for a sense of purpose and a place to find herself. She thinks she finds herself in the commune, but then George shatters that when he tells her that she’s just drunk the kool aid and isn’t really happy. Because of course she isn’t. That would be terrible. Ugh, hippies.

Linda’s evolution, as she becomes more comfortable at the commune and more integrated into their society, is the main joke of the film. We see her doing various unattractive and unpalatable things, which are supposed to show us how much she’s “fallen”. We are never really supposed to root for Linda. She’s there for us to laugh at, along with George, to whom everything is a joke.

The female characters, on the other hand, add color. They add commentary. They are the ones who make the commune feel lived in, but mostly just add ridiculousness, without ever advancing the plot or the character development. 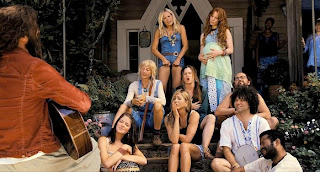 And this really sucks. I was actually pretty pumped about this film, since I love communes and the female cast is pretty freaking amazing. You have Jennifer Aniston, who can really knock it out of the park when she decides not to play it safe, Lauren Ambrose, Kathryn Hahn, Malin Ackerman, and more. It’s pretty amazing.

So how sad to see that with all these female characters, we still don’t get to have a plot that loves them. A plot that actually uses them to their full potential, instead of as background decorations or fodder for the male characters’ machinations. It seriously sucks.


Don’t get me wrong, I’m thrilled to see a mainstream Hollywood movie with this many roles for female comedians. But I am genuinely pissed about how it turned out. 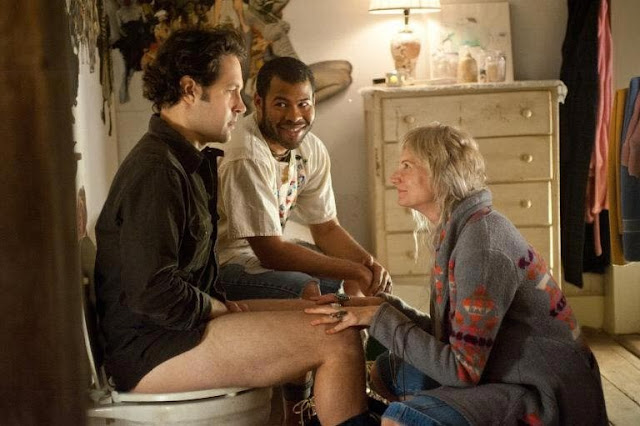