Pilot Season: Agents of SHIELD (Of Course I Love It, Duh) 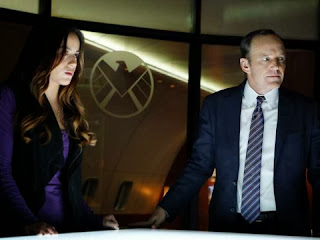 Let’s get all of that suspense out of the way: Yes, Agents of SHIELD is awesome. Yes, you should totally watch it. And, yes, the title is really annoying to write out and I will be referring to it as SHIELD and not S.H.I.E.L.D. because obviously.

But with that little piece of blather out of the way, how was the show really? Does it live up to our (ridiculously high) expectations? Can we assume that it’ll be a rousing success and spawn many seasons and spinoffs?

Man I hope so.

Look, the thing you have to remember here is that pilots are, ideally, the worst episode of any television show. I get that this sound bad, but bear with me. The pilot episode is the one that the network has picked over. The writer has picked over. It’s the single episode that is supposed to introduce the world of the show, the characters involved, the main conflicts, mysteries, and locations. It’s kind of a lot to pack into one episode, and most of the time pilot episodes kind of suck. When the pilot episode is actually really good, that’s when you start getting uncomfortable, because it suggests that the writers have nothing left for the next episode.

So, there’s reason for hope here on two fronts. First of all, the first episode was really good, which means there’s a pretty good path laid for the show to be really ridiculously awesome from here on out, and second, it wasn’t perfect. Which means that it has room to improve.

Before we get into the nitty gritty, I’ll do a little bit of a recap, but just so you know, SPOILERS shall abound. 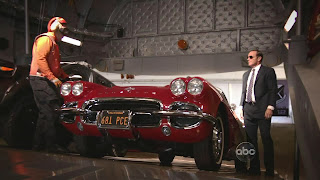 Agents of SHIELD is a one-hour action dramedy set in the Marvel Movie Universe that follows the adventures of a SHIELD taskforce. It occurs concurrently with the Marvel films, and completely adheres to their timeline. So, while we watch Iron Man 3 and Thor 2 and find out what the big guys are up to, the show gives us a view to the small guys on the ground dealing with the day to day frustrations of a world gone mad.

Our hero is Agent Coulson (Clark Gregg), the same Coulson who ostensibly died in Avengers. According to Coulson himself, he was dead, but only for a few seconds, and then he spent a few months recovering in Tahiti. But, since this is Joss Whedon and it was heavily lampshaded, that’s probably not the case. Sinister things ahead, I’m sure. (My money is on Coulson actually being a Life Model Decoy.)

Coulson is putting together a team. This team will presumably work on the ground trying to deal with the new world order upon us. Fighting HYDRA cells, finding rogue superheroes, taking down shadowy organizations. In the pilot, they’re tasked with investigating a single occurrence of superheroism. J. August Richards, playing a nice guy with a bland name, saves a woman from a burning building and accidentally outs himself as a super. Unfortunately for him, this means everyone and their mother is after him now.

The team, who we meet only briefly and stereotypically, has a level of promise for the future. Of course we all know and love Coulson, whose level of sass has only grown in his absence, but there are also a whole host of other characters to appreciate. There’s Melinda May (Ming-Na Wen), a semi-retired badass with a stoicism and level stare that feels quite refreshing, especially since she isn’t a sweet young thing. 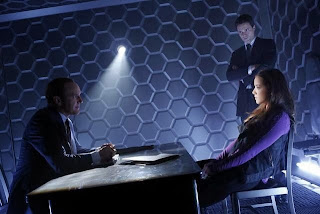 We’ve got the scientists, Fitz (Iain De Caestecker) and Simmons (Elizabeth Henstridge), a pair of bickering but lovable Brits. They’ve got the patter down, but we don’t really know them well enough to adore them yet. I’m sure it will come in time. Oh, and we musn’t forget Agent Ward (Brett Dalton), the surly but dreamy action man on the team. He pretends not to like anyone, but you know he does. Somewhere. Deep down inside.

The pilot itself is pretty standard, actually, as far as these things go. Richards outs himself as a superhero but manages to keep his identity slightly under wraps. SHIELD takes off to find him so that they can help him manage his situation, while a hacker working for “The Rising Tide”, a sort of Anonymous-esque organization also tracks him down.

Skye (Chloe Bennet), the hacker, is a conspiracy theorist and general anarchist, but eventually SHIELD wins her over as their asset, mostly because Coulson is amazing, and she’s able to help them track down Richards. Good thing too, since the superhero-creating implant in his arm is likely to make him explode. Literally.

There’s a third act showdown in a ridiculously clean version of LA’s Union Station, and everything does turn out right in the end, but that’s actually not what I cared about in this show. Let’s be real. The plot itself was a formality. The real point of the show was to get us into the world, invite us into the lives of the characters, and set up the team who we were going to be living with from here on out. And they did that admirably. 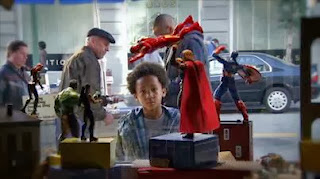 No, I don’t love everything about the show so far, but that’s okay. Actually, it’s better than okay. That’s kind of great. Because it means that the show hasn’t shown me its best yet. If this were perfect and amazing and a pinnacle of human achievement, that would suck, because anything they do next would be a disappointment.

It’s not perfect. The pilot dragged a little, the plot was predictable, and the whole thing felt a bit by rote. Plus, the actors were fairly choking on exposition and explanations and setting up this whole new world we’re in. It was a bit hard to get through.

Let’s look at the bare bones of this: The characters are interesting, if not particularly unique yet. The concept leaves lots of room for development and also some pretty kickass stories. And the cast is reasonably diverse (could be better), and pretty gender neutral. Yay!

If you’re feeling like I should be more critical or analytical here, I’m going to have to apologize, because I don’t have critical feelings about this yet. Sure, it didn’t really blow my socks off, but I enjoyed this show. It was fun. Sometimes it’s okay to just like things. 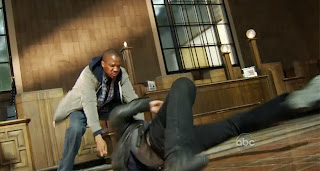 I feel good about the promise showed in this episode. Was it perfect? Heck no. Were the characters fleshed out enough for me to actually remember their names without looking them up? Nope. But was there potential? Definitely. And am I going to keep watching? Try to stop me.

Here's why. For all that this purports to be an ensemble show, for all that the cast appears to be talented and interesting, this is not a show about a team of agents. It's about Phil Coulson, played by Clark Gregg. And that means that this is going to be a hell of a show. Why? Because we already know the important things here. Clark Gregg is going to do an amazing job playing him, and Whedon and Tancharoen are going to be spectacular at writing him. You can relax. We're in good hands.

Actually, that's kind of the ultimate message here. I trust Marvel. I trust ABC. I trust the Whedons and Maurissa Tancharoen, and I trust the hell out of Clark Gregg. It's going to be a good show, and I will stick around until it finds its feet.


And in the meantime, I’ll be over here, trying to figure out why I like Melinda May so much already and where I can get an action figure of her. 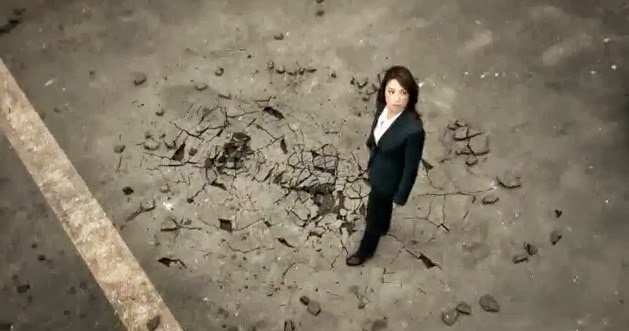