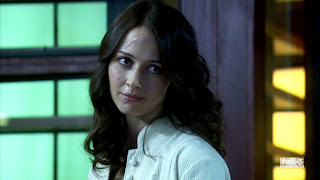 I didn’t want to get into too much detail about the good Dr. Saunders in Wednesday’s article, because she’s a fascinating enough character to deserve her own spotlight. Not only is Dr. Saunders (Amy Acker) a compelling, well written, deep character with a strong motivation and complex thoughts and feelings, she’s also pretty much the nexus of all of the questions Dollhouse asks as a show and the questions that we as an audience feel the need to answer in our own lives.

For the record, this whole article will be positively riddled with SPOILERS for the latter half of Dollhouse, so just bear that in mind.

Dr. Claire Saunders is a good woman, albeit not a particularly nice one. She works as the in house physician for the Dollhouse, so much so that we actually never see her leave the facility. She seems to like her work, though she’s not the gentlest person. Actually, she can be pretty abrupt, and she has very strong feelings about how to properly care for her patients. Dr. Saunders, as she is most commonly known, is always getting into fights with Topher (Fran Kranz) about the way the Dolls are treated, the engagements they go on, etc. 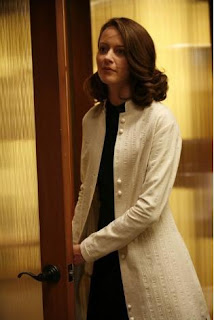 It’s actually a bit of a mystery in her character. Why is a woman who seems to be so morally opposed to the idea of a Dollhouse working there, and not just working, but excelling there? Is the money really that good? (Probably.)

But she isn’t all work either. Dr. Saunders has an intensely adorable flirtation going on with Echo’s handler, Boyd (Harry Lennix), and when he becomes head of security, and the two of them have to work more closely together, well than that’s just super duper cute. Even if they are both profoundly awkward people.

Mostly, though, Dr. Saunders spends the first season as an admirable woman, with strength in her convictions, and a refreshing picture of a caregiver who isn’t super soft and squishy, but still cares deeply for her patients. She’s complex, and I like that.

And then we get to the end of season one, and we find out the truth. Dr. Saunders…isn’t exactly Dr. Saunders. Not really. And also yes she totally is.

What I mean is, Dr. Saunders is an Imprint. Her body is that of Whiskey, formerly the most popular Doll in the house. Whiskey was just like all the others, a “volunteer” who came in, and happened to be the most requested Doll. This made Alpha angry, because he is a crazy person, and he decided that she should let Echo be the most popular Doll. Obviously that makes total sense.

Actually, in the context of the show it does make sense, as long as you remember that Alpha is pants-wettingly insane.

Anyway, Alpha slashes up Whiskey’s face with a knife, and when they try to wipe his mind and get rid of these homicidal impulses, he flails and thrashes his way into a composite event, wherein he remembers all of his past imprints, and then goes on a murder spree throughout the Dollhouse. 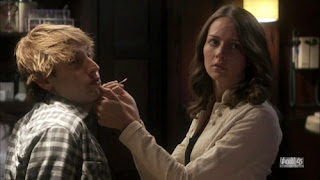 He also kills Dr. Saunders. The first Dr. Saunders, who was a lovely elderly man who always gave out lollipops.

Stuck with a scarred Doll and a dead doctor, Topher made the only choice he thought was reasonable, and combined the two. He built a whole new Dr. Saunders, based partly on the original doctor’s brain scan, and then mixed in a whole dose of personal history and phobias and things that actually make a person tick.

Imagine what that would do to you. To wake up suddenly one day and realize that you are still you, but you’re not supposed to be you. You feel completely and totally real, but you know that you’re a fake. To live a life that has always been yours and know that it’s all in your head. And yet to still have it in your head.

Needless to say, she goes a little crazy.

Most of her animosity is directed at Topher at first. She blames him for it all, for making her this way, for making her so angry and frustrated. For making her scared of loud noises and crowds, for making her at all. She even goes so far as to try to seduce him, because what do you do when you realize that the person you can’t stand literally created you? How do you handle that? 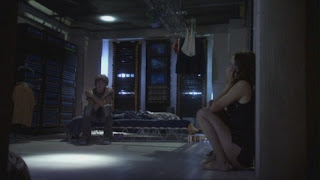 Now, none of this part of her story is what I like. It’s gritty and intense and makes me feel like crying or puking most of the time. But I love it for one simple reason: it is so true.

She looks at her life, knows it isn’t real, and she doesn’t just soldier on. She freaks the crap out. She goes bonkers. She starts releasing lab rats in Topher’s office. She hacks his files to show clips from Bride of Frankenstein. She is totally mental.

Because Dr. Saunders knows that she’s really Whiskey, who used to be someone else, and she knows that she isn’t real. But she feels real. She looks at her life, and she doesn’t really like what she sees. Her solution isn’t to end it, to take the easy way out and just let it all be erased. No, she chooses to stay. To fight it. To be real. She leaves.

And later she comes back. 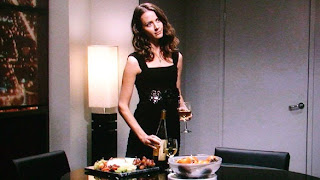 The story isn’t over when Dr. Saunders drives off into the sunset. It’s not finished. It’s really just starting. That’s the moment when she steps outside her programming. She looks at her life, and she doesn’t like it, so she changes it. She decides to be a better person. She may be fake, but she doesn’t have to be unhappy.

When she comes back, she shows something even greater too. That she’s not afraid of the Dollhouse anymore. That it’s power over her is just physical. Whatever may happen to her there, she knows who she is, and they can never take that away, even if they wipe her.

Dr. Saunders discovers who she is at her core. She is a caregiver. She cares. So when the Dollhouse has to be evacuated, she stays. When the people she helps to safety have to flee, she still stays. She guards the path and she cares for those she finds.


She might be physically very weak, emotionally frail, and sometimes mentally fragile, but make no mistake. Dr. Saunders is strong. She’s strong because she knows exactly who she is, and she chose it. 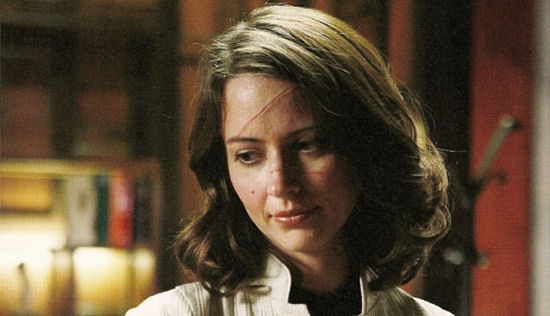