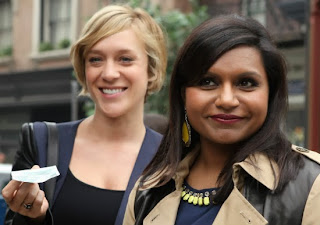 To be entirely honest with you guys, not to imply that I am usually less than honest, but to be honest, I don’t actually like The Mindy Project all that much. I mean, I get what it’s going for, and to that extent, I appreciate it, but I don’t really love it. It’s more that the show has potential. I could love it. If it ever really got its act together. I could fall in love.

And that’s what I hold out hope for. A hope that for the record, became just a little bit closer when I saw the season two premiere.

So, first, the basics. The Mindy Project is a single camera sitcom created by and starring Mindy Kaling. Kaling is also the head writer, so one can imagine that she’s a teensy bit invested in this. Kaling plays Dr. Mindy Lahiri, an OBGYN practicing in Manhattan. Mindy Lahiri is presumably somewhat different from Mindy Kaling, but it’s genuinely pretty hard to tell. Not the point, but interesting.

Anyway, as you can see in last year’s pilot report, I didn’t totally love the show at first sight. I mean, it’s good. It’s very well done. The execution is flawless. But I never really connected with Mindy as a character. She’s kind of a terrible person.

But now I wish to lionize her. Not because Mindy Lahiri has grown up. No. Because she hasn’t. And, in this moment, I want to recognize that and appreciate it.

With me so far? 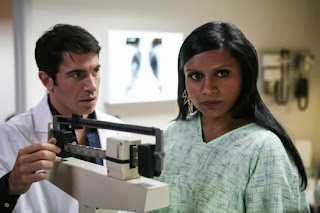 Look, I still maintain that the idea that women are only funny when we hate ourselves is total bullshit, and the self-deprecating humor in The Mindy Project still rubs me the wrong way. The difference is that this season, it kind of feels like the show is in on it. Which means that maybe, just maybe, we’ll get to see Mindy face conflicts that are bigger than herself.

Mindy Lahiri is a mess. A total mess. Like, a walking timebomb of a person. I can’t imagine being around her let alone trying to be friends with her, and the idea of having her as my doctor stresses me out. Not because she’s a bad doctor. She isn’t. She’s just such a freaking mess. She’s not particularly likable, she’s mean-spirited, and she’s shallow. But. She knows it.

I think that’s what’s turning me around here. Mindy Lahiri is a total jerk of a person. But she knows she’s a jerk, and she’s trying to figure out what to do about that.

At the end of last season, her solution was to join the pastor she was dating on a summer mission to Haiti to work in a hospital there. This season picks up with Mindy in Haiti. It looks like she’s grown. She’s not complaining. She’s living a humble life of service for others. And she professes not to miss her shallow ways.

For about ten minutes before she gets airlifted back to New York to have gallstone surgery and realizes how much she wants to stay there. 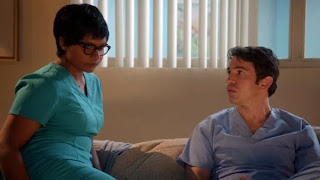 Unfortunately, her life has moved on without her. She and her pastor boyfriend are getting married, James Franco has replaced her at the office, and her best friend Danny (Chris Messina) is blissfully entering into coupledom with Chloe Sevigny. (I really hate looking up character names, okay?)

The answer to all of those things is, shockingly, no. The thing is, Mindy knows it. She even says it out loud. “I thought I had gotten better about liking stuff, but I really just got better at pretending I like stuff.” Or something like that. I couldn’t find a transcript.

Now that we’ve all calmed down from thinking that the fate of women in comedy was going to be determined entirely by The Mindy Project or really any one show or movie, it’s easier for me to look at this show and appreciate it for what it is. What I mean is, this is a network sitcom starring a woman of color as a frankly unlikable character. I don’t want to spend time with Mindy Lahiri, but I love the fact that she exists. 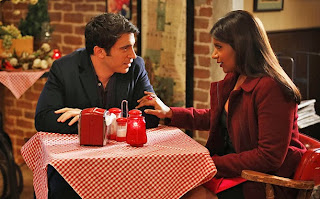 Because she so easily could have been nice. It would have been a lot easier to make this show if Mindy were a creamy confection of pleasantness. If she were just a doll to work with and everyone liked her. That would be a lot less effort for the showrunners and the network executives. But it would be a lot more boring.

Mindy Lahiri is not a woman I would pick to represent us, which is kind of why she’s a great character. She’s not a representative. She’s not our best foot forward as a gender. She’s just some chick with issues who happens to show up on everyone’s screen for half an hour a week to complain about her boy issues. I’ve heard of worse things.


So while I’m not going to recant last year’s rant on how much I am over this show (which was impressive, since last year I only saw one episode before writing that), I do want to say that I get it. Mindy Lahiri is unlikable. She’s a jerk. And that’s what makes her a good character. 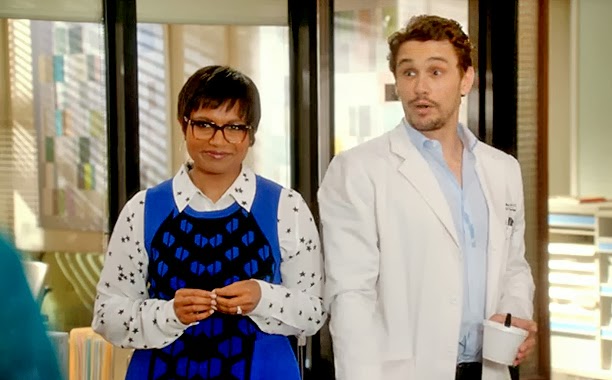