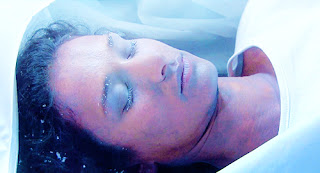 The quality of your story can be judged based on one simple thing: the quality of your villains. Okay, so that’s not entirely true. Lots of good villains show up in mediocre movies, and there are a few, though not a lot, of movies with a mediocre villain but an awesome plot. For the most part, however, good villain means good movie.

This isn’t just talking about villains who happen to be walking, talking humanoids either. Lots of movies have a villain, even if that villain is just an idea. In Buffy’s Season Six, the villain, the real big bad, is life itself, or the idea of growing up. Arguably, that’s the villain throughout the whole show, and since that is a fantastic villain, it’s a fantastic show.

It also works on a micro scale. When you look at individual episodes or specific books or whatever, the mini-villain needs to have a motivation that adds something to the agenda of the maxi-villain. Why? Because ideally you want your story to be tonally consistent, and having villains whose goals are clear and also related is a good way to make sure that your point gets across.

With that in mind, let’s talk about Torchwood. 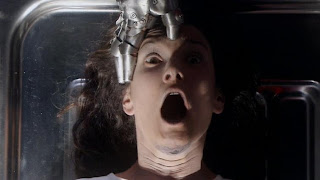 We’re going to be doing a little mini-series on Torchwood over the next couple of weeks, because the show is both interesting, and it’s a spinoff of Doctor Who which has its fiftieth anniversary in a few months, and it gives perfect examples to a bunch of things I happen to want to talk about. So that’s nice.

Today, though, we’re going to start big. What is Torchwood about? Not what is the story, though we’ll talk about that, but what is the point of this story? Why this story, and why now?

Well, I’m pretty sure that Torchwood, for all it dresses up as a campy sci-fi alien hunting show, is actually about the least funny thing (and also one of the most funny things), death.

Why do I say that? To explain that, I have to explain what the story is.

Torchwood, like I said, is a spinoff of Doctor Who. It follows Jack Harkness (John Barrowman), a character first introduced in the first season of nuWho, who cannot die. He is, at the start of Torchwood, about two hundred years old, and waiting for the Doctor to come back and explain why on Earth he can’t die and why he got left on that space station. Stuff like that.

Jack heads up Torchwood Three, a governmental agency commissioned with hunting down all the random space gunk that ends up in Cardiff, Wales. Cardiff is located on a rift in time and space, and sometimes things slip through. Alien artifacts, travelers from another time, aliens themselves. It can be helpful, harmful, or just confused. Whatever way, Torchwood is the agency that has to clean it up.

The story of the show follows PC Gwen Cooper (Eve Myles), a humble copper who stumbles across Torchwood one night, and ends up helping in their investigation. When they find themselves with an opening on the team, Gwen gets the job, and enters into the wild and wacky world of alien hunting. 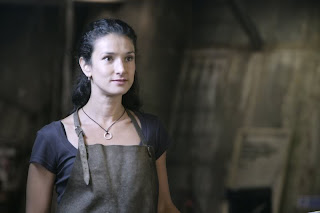 By the end of the first episode, Suzie is dead and Gwen has her job. Because it turns out that alien hunting has a pretty short shelf-life. And also because Suzie was the villain.

It’s good to know this going in, but literally everyone on the show, with the exception of Gwen, dies. Jack dies all the time, so it becomes increasingly ordinary, but the others only get to die once, or at most, twice.

Their deaths are traumatic, difficult, and always a cause for tears and recriminations. But it’s Suzie’s death that starts it all off and which establishes the villain of the show. The villain is death. All death. Every death. And the villain will always win.

That seems a bit bleak, but it’s true. Death will, and should, always win. Suzie’s problem, the reason she became a villain in the first place, is because she is afraid of death and therefore she wants to master it. In this first episode, the main mystery centers around a series of murders. These murders, committed with a very weird knife, get Torchwood involved, and therefore get Gwen involved with Torchwood. 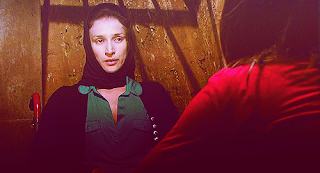 The murders themselves aren’t Torchwood business, they’re just a way for the team to test a metal gauntlet that raises the dead. Oh yeah, stuff’s about to get weird. This gauntlet, that Ianto calls the “Risen Mitten”, raises the dead for a matter of seconds, and then lets them die again. It’s useful for interrogations of murder victims, but they don’t really know how it works, so they’re testing it out on every dead person they can find.

Suzie, who wields the glove, wants to know how it works better than anyone, so she takes matters into her own hands. She kills people, and uses the glove to revive them. Eventually the team finds out, or more accurately, Gwen figures it out and tells Jack, and Suzie is forced to choose between her team and her power. She chooses power, and she dies for it.

But then, she comes back.

In the incredibly aptly named episode, “They Keep Killing Suzie”, we discover that Suzie was a pretty complex lady. Not only did she go a little insane and start killing people, she was also trying to deal with some gnarly PTSD symptoms and going to weekly therapy groups. Oh, and brainwashing people in those groups to start killing people if she didn’t reset their programming every few months, in case she ever died. There’s that too.

Through Suzie’s machinations, she’s brought back by the Risen Mitten, only this time, she doesn’t go back to being dead. Instead, she seems to be transferring her death to Gwen, the only person in the team who still likes her, and whose compassionate heart made her the best victim.

And then Suzie dies, again, a lot, and the team goes back to normal. Well, as normal as a team of alien-hunters in Wales can be. 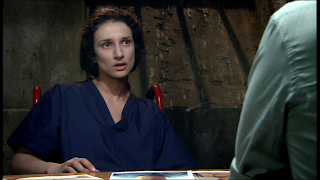 Suzie’s sort of a two-off villain, and she’s not very important in the larger scheme of the show, but that’s what makes her so remarkable and well written. Because even though she’s not the big bad, she as a minor villain is intrinsically related to the major villain. She is a tiny representation of Death and what it does to us. You can judge a show by the villains.

She isn’t just a mindless death obsessed person, either. Suzie is a complex, interesting, genuinely deep person, who happens to be incredibly screwed up and prone to, you know, killing people. But she had an affair with Owen, she deals with feelings of being replaced and being useless now (after she comes back to life and discovers Gwen has her job), and she feels alone and sad and afraid. She’s deep. And she’s still evil. I like that.

I think, ultimately, this is what inspired my confidence in Torchwood as a show. Because Season One really isn’t very good as a whole, and Season Two is better, but not amazing. Torchwood: Children of Earth, the Season Three miniseries, is seriously spectacular, but Torchwood: Miracle Day, the erstwhile Season Four, is one of the worst things I have ever seen. So all in all a mixed bag.

And that’s why Suzie matters. She’s the first villain we meet, and when you look at the show, at all of its inconsistencies and ridiculous moments, through that lens, the show is amazing. It’s about death and life and how our fears can shape us if we let them. It’s about how death is coming for all of us, no matter what, and all we can change is how we greet it. And it’s about doing your best with the time you’re given.


We know that, because Suzie showed us first. In an evil, twisted way. Which is awesome. 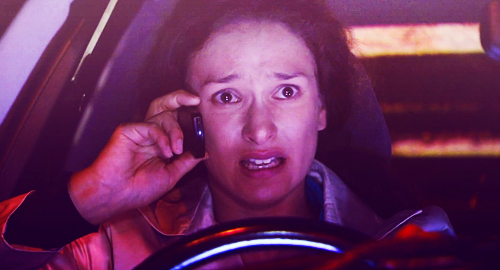