This Time the Girl Is the Special One (Beautiful Creatures) 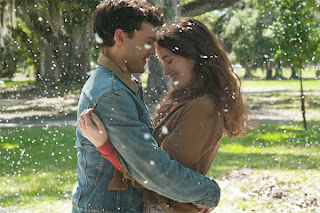 Alrighty then. You know, I was a lot more psyched to write this article two hours ago, before we got a clog in our drain and I watched some horrifying things come out of a pipe that made me realize I’ve never truly understood horror movies, and also never want a milkshake again. But you’re my readers, and I love you. So instead of just curling up in a fetal position with episodes of Elementary, here’s my review of a movie that I couldn’t be bothered to see in theaters.

Well, to start off with, I will confess that I have not read the book series this film is based on, though it was suggested to me several years ago. The premise under which it was brought to my attention was simple: the writer wanted to reverse the usual ya fantasy trope of having an ordinary girl in love with a supernatural boy, and make the girl powerful and the boy mortal. So she did.

That intrigued me a bit, but not enough to make me hunt down a copy and not quite enough to make me watch it on film, at least until a sudden trip to Red Box had me hitting the “why the hell not?” button and renting it. And here’s the thing. It’s exactly what my friend said. It’s a ya romance with flipped tropes, a more gender-inclusive feel, and it’s still pretty awful.

Which is, in its own special way, kind of a good thing. I’ll explain that in a bit, so bear with me. First, the plot. 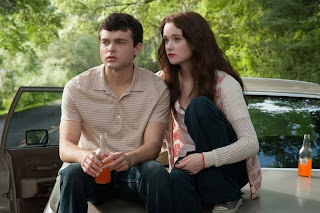 Beautiful Creatures follows the quiet, small-town life of Ethan Wate (Alden Ehrenrich). Ethan is a sensitive, smart boy. He likes reading books, and he draws, and sometimes he has dreams about a mysterious girl that he’s incredibly drawn to, though he doesn’t know why. Ethan is relatively popular, but not overly so, comfortable with himself, but desperate to escape his small town and his depressed, alcoholic father. And into his life comes Lena Duchannes (Alice Englert).

Lena is a Ravenwood, part of the family that founded their little town. She’s been to schools all over the South, but now, just before her sixteenth birthday, she’s come here, to live with her uncle, Macon (Jeremy “What the hell am I doing in this movie?” Irons).

Since the other students at school are all close-minded, religious hicks (though, strangely, not racist), they hate Lena on sight because her family is a little weird. They immediately call her a witch, which is only amplified when Lena accidentally shatters all the windows in the classroom with her brain.

The movie doesn’t really put an suspense into whether or not Lena is a witch, they just sort of let you come to the obvious conclusion, then watch as Ethan does the same. Because he likes Lena. A lot. Enough to brave her crazy family and try to date her.

Unfortunately for Ethan, Lena really is a witch, and when she turns sixteen, she’ll fall to an old family curse and become evil. Because of reasons. And her family doesn’t think that dating a nice normal mortal boy will help keep her good. So, they try to break them up, usually by putting Ethan under some kind of spell. 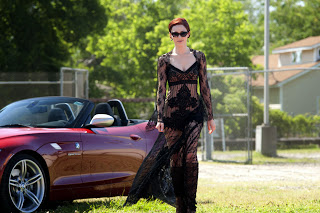 Oh, and Lena’s cousin Ridley (Emmy Rossum) went evil, and is incredibly put out that the family didn’t seem to do much to try to keep her good. But since she’s evil now she wants Lena to join her, along with Lena’s spirit-hopping mother, Sarafine.

Sarafine (who occupies the body of a school friend’s mother, played by Emma Thompson) is apparently the big bad in the story, but there’s also a thing about the whole going evil curse, and some stuff from the Civil War, and Viola Davis is in it, and honestly I have no idea what’s going on.

There’s a subplot about how Macon was in love with Ethan’s mother, as well as some sort of weirdness involving Viola Davis’ character and the whole plot, and of course the larger question of “Why is Lena’s mother a body-snatching ghoul? Like, how did that happen? Who actually gave birth to Lena? Some random body? What?”

But all of that is the window dressing, really. While the plot is an incoherent, dribbling mess and the whole story makes about as much sense as your average season of Glee, I will give this film one thing. It does exactly what it says on the tin. It completely and perfectly reverses the tropes of standard supernatural ya romance.

Like, it does it perfectly. Weirdly perfectly. It kind of comes off as a genderswapped Twilight fanfic. 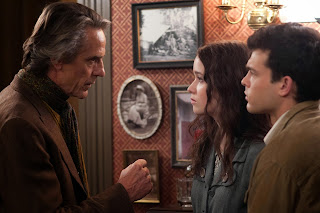 Ethan Wate is a perfect everygirl. Not an everyman, mind, because he doesn’t fit those tropes. No, Ethan is actually a really well defined standard young adult female protagonist. He’s bookish, but not overwhelmingly so. Pursued by members of the opposite sex, but not those he’d like to be pursued by. Living with a single parent. Meant for bigger things than this Podunk town, and completely obsessed with the new student, oblivious to the vague sense of danger wafting from them.

Ethan is Bella Swan in a better haircut and…pretty much the exact same wardrobe, actually. And Lena is Edward. She really, really is. She’s mysterious, powerful, determined to stay good despite the forces in her life that seem to encourage her otherwise, super duper special, and in love with a mortal who threatens to be her undoing.


I’m not going to lie to you and say that I think Beautiful Creatures is a good movie. It isn’t. I don’t know if it’s a good book, but frankly my hopes aren’t all that high on that front either. But here’s the thing. It doesn’t have to be good to serve its purpose. 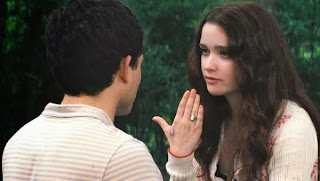 That simple flip actually makes a world of difference. It doesn’t make the story any less asinine and the plot less bizarre, but it does give the female character something she is wont to lack. It gives her agency.

And that’s pretty freaking cool. For all of this film’s faults, I can’t fault it for this. It gives us a story where the teenage girl is powerful. And that’s worth celebrating.

Just maybe with a better script next time, okay?